Reporty is an international first responder app that could save someone’s life. 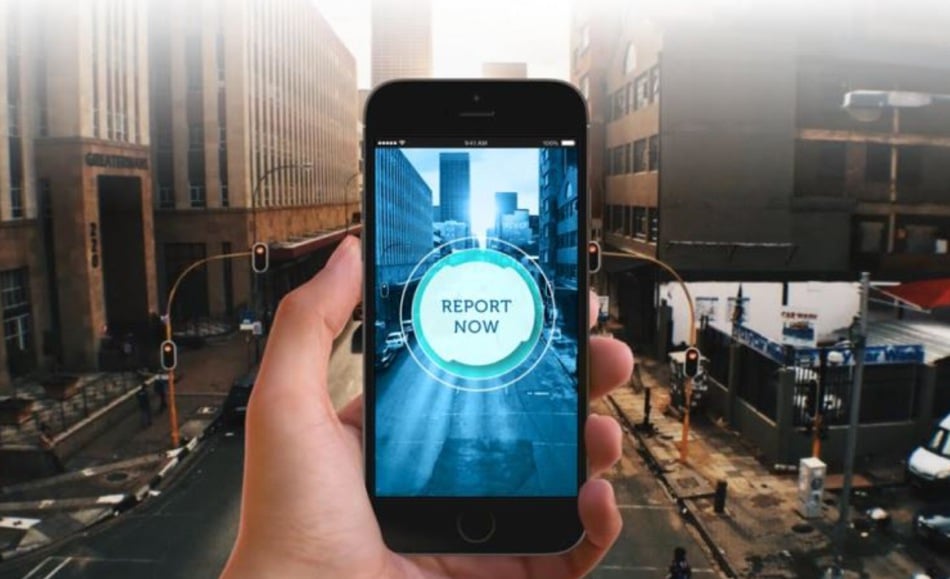 Reporty is a dispatcher smartphone app and it is used for emergency and sensitive situations. Even without an internet connection, Reporty allows users to communicate with dispatchers nationwide. The app is currently available in 160 countries and is shaping up to be the first of its kind.

Amir Elichai, the founder and CEO of the company, found inspiration from personal experience.

“It started from a case, three and a half years ago,” Elichai recalls. “I was robbed. When talking to the dispatcher, I was asked a bunch of questions.”

“It’s the 21st century, why are we still waiting for a direct response,” Elichai asks. “We have technology in our pocket that can help us out in these situations.”

Reporty’s user interface is a simple screen with three options; fire, medical or police. The user simply touches which ever service they need and Reporty will start up. Using a real time video and audio system, Reporty will immediately connect the user with the nearest dispatcher. Thanks to the app’s video option, the dispatcher can even see what the situation first hand.

The app’s complicated inner workings comes from the connections the company has made over the past year. Reporty is working with national services to bring in responses in an intricate system of communication.

A great feature of Reporty is the ability to gain a response despite not having an Internet connection. The app will simply switch to what mobile service is available. Elichai’s team practiced this technique with the company Applause. Applause is a company of more than 250,000 people who test out technology.

The team has developed a patent dubbed CrashHandler. The unique patent allows Reporty to subdue any glitches when trying to connect with a dispatcher.

“CrashHandler is our fourth patent,” Elichai says. “It’s made not for 99.9% of the time, but 100% of the time the user will always get a response.”

The legal portion of development lead to real difficulties. The team behind Reporty would be dealing directly with security agencies in order to develop the app to fit their standards and practices.

A talented team makes up the backbone of Reporty

The team behind the app is a startup company from Israel. It’s mostly composed of security software/developers. Reporty’s members have a unique background, as none of them have worked within an emergency related field.

“None of our team members have experience working in the dispatching field,” Elichai says. “However, we all have worked with many startup companies.”

Elichai himself has been working with cyber security for nearly seven years, which has become a booming business in his native Israel.

Over the past year, the team has received backing from former Israeli Prime Minister Ehud Barak and former U.S. Department of Homeland Security Michael Chertoff.

Reporty is available for both iOS and Android

Reporty launched in late September for both the App Store and the Google Play Store. It is also a free download.

Reporty is a fantastic app with great intentions. After all, there are situations that will require a serious service, and the team is looking to cut through the nonsense and give users the emergency response they need.