If you hate Uber’s surge pricing, here’s a really simple way to avoid it all together. 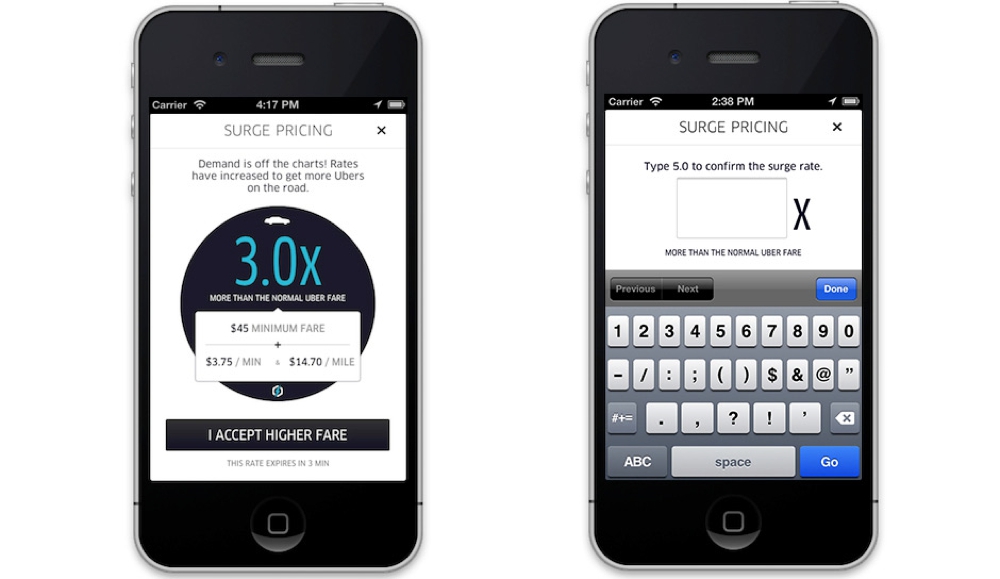 If you’re an habitual Uber user then it’s probably safe to assume that you’re familiar with surge pricing. For those of you who have never had the privilege, surge pricing is a fee the company implements when demand for a car is high. Sometimes it can cost anywhere from 2x-10x the original fare. You usually see this when it rains, in crowded areas, or when there’s simply not enough Uber’s on the road.

In most cases, people just suck it up and accept Uber’s ridiculous surge pricing, however, not for long. Thanks to a recent study from the Researchers at Northwestern University, there’s a really simple solution to avoid the higher price: wait it out.

In the study, researchers dissected Uber’s algorithm to determine how the company implements its pricing. NPR explains how they did this:

In simplest terms, they created 43 Uber accounts and wrote a script that logged into those accounts, pinged Uber’s servers every 5 seconds (as a regular account would) and recorded the information about Uber drivers in Manhattan and San Francisco.

The team tested their tracking methodology on a public database of New York taxis to make sure they could extrapolate information about the vast majority of cars in the fleet. Then they studied Uber cars’ comings and goings, and eventually combined that research with Uber’s publicly available tools and information to analyze how they correlated with surge prices.

READ MORE: Did Uber really use surge pricing after the Brooklyn shooting?

From their research they concluded, in most cases, the pricing hike usually lasts less than ten minutes. Sometime’s less than five. In other words, if you’re trying to avoid Uber’s surge prices, wait it until they’ve updated its pricing or walking to a less crowded area.

To learn more about the study from Northwestern University, click here.