An iPhone bug has been discovered that causes phones to crash whenever a malicious string of text is sent through a text message. 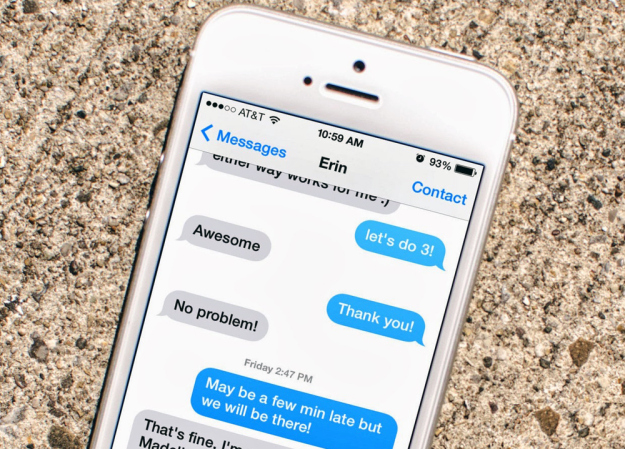 If you have an iPhone running on the latest version of iOS, keep on reading. A major bug has been discovered that causes iPhone’s to crash whenever a user receives a unique SMS message.

The message in question, which is found below, can be sent via SMS or iMessage. Once received, the string of Arabic characters causes the Messages app to stop functioning, even causing the phone stop working entirely if the message is displayed on a lock screen notification.

Here’s the message below:

According to The Next Web, “the bug appears to be related to how iOS processes Unicode text for banner notifications using the CoreText API. It affects iOS 7 and iOS 8 right now and the only fix is to send a photo or piece of text to the original sender using the share sheet in another app.”

UPDATE: According to an Apple spokesperson, “we are aware of an iMessage issue caused by a specific series of Unicode characters and we will make a fix available in a software update.”

Apple did not elaborate on how quick the fix will arrive.