7th Dragon III Code: VFD 3DS review – The name may be a mouthful but the game is great

7th Dragon III Code: VFD is a silly silly name. Fortunately the game is like 900x better that the game sounds! 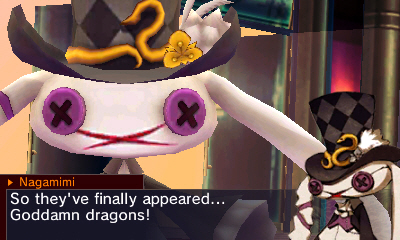 I’ve had the opportunity to play some very niche JRPG games in my time, with many of them coming from Atlus or SEGA. Now, usually I find these games to be incredibly niche, but have some endearing qualities, as well as some turn-offs.

I can comfortably say that my time spent with 7th Dragon III Code: VFD has been an absolute pleasure. When SEGA sent us the game, I didn’t immediately jump into it. It looked interesting, but I didn’t know if I had the time to put into it. Fortunately, I spent about 20 hours on planes in the last month, which gave me plenty of time to 3DS it up. 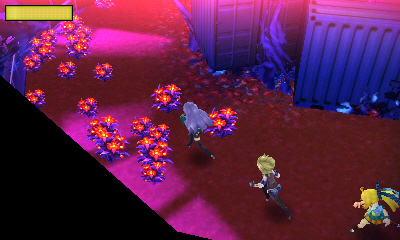 Truthfully, I went into 7th Dragon III Code: VFD relatively blind. It was only after doing some searches of the game, as I figured that this game was a sequel of sorts, did I learn more about it. Turns out that 7th Dragon III Code: VFD is the third (duh) release in the series, but the first in the US. Trying to read up on the previous games didn’t do me any favors, so I decided to jump in and see what the game was all about. 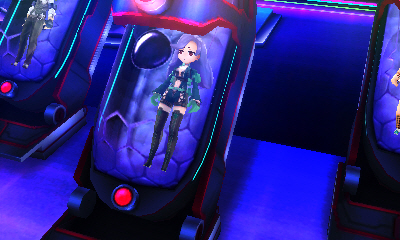 The first thing I ended up being a bit surprised about was that you create the main character of the game. I had to pick a character design, their voice and the combat job they had. When I initially got started, my options were limited, since I had to unlock the other options. Funny enough, as rudimentary as the process initially felt, I was pretty amazed at the voice actor choices for both male and female characters.

There were over 40 options on each side. so I was able to find one that fit my skimpy-dress-wearing-Godhand as I imagined she’d sound. At the end, other than the fact I knew that I had created her, she felt like an actual pre-created character, although she was still mute. The same thing went for the remainder of the parties I made as well. Although, right as I developed a need for more diverse characters, the game unlocked different options that really kept things fresh. Every class seems to have its own individual quirks as well, allowing you to really customize your combat options. 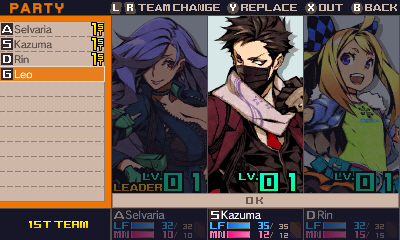 I don’t know if I’m just getting old and I’m out of touch with JRPG stories or I just didn’t quite get the games story in a nutshell. Sure, I understand that the Dragons ravaged the world before and Nodens, a game company, secretly has been recruiting people with certain abilities to fight the looming threat. I understand the gist of everything, including the weird time travel aspects and things of that nature.

It just seemed like the story ended up being something to fill the time in-between dungeons and building new parties. Maybe it’s just that I’ve seen similar stories so many times? I dunno, it wasn’t anything that ruins the game at all, but I would describe it was incredibly vanilla. You do a lot of decision-making as well as you progress the story. I imagine that these options change how NPC characters like you, but I don’t know if it actually did anything outright to change the story progression. I just ended up wanting to go to new areas and fighting enemies there.

There’s plenty to do 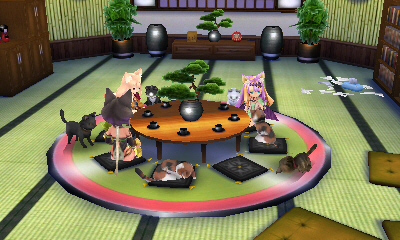 Fortunately, for all that the story does to distract you from the rest of the game, the actual dungeon crawling, combat are quite fun. As I said earlier, there are different jobs to choose from, although not all available as you start. These jobs have different types of synergy with each other. For example, Godhand is a melee/support class that has abilities that stack on each other. You have to use abilities in the correct order to unleash massive damage. I wasn’t sure what to expect but I really liked the damage output and sustainability of the class. I found that taking classes like the Banisher and the Duelist could lead to interesting combos that would allow you to stack a ton of damage onto a group of enemies but using the Godhand/Samurai/Agent combo could create devastating single target destruction.

As I got further into the game, it does become clear that you will need to make sure you bring a magic user along as well. Being able to have 3 teams that can support one another helped with that. After getting the hang of combat nuances and building the right teams, anything short of difficult bosses were essentially a breeze. Combat and exploration also finds a new level of depth when you add in react skills and field skills. React skills allow you to extend your turns while field skills are usable while on missions to provide assistance to your team. 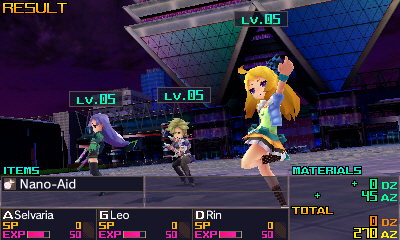 There are other aspects of the game that do break up the sometimes-monotony of dungeon crawling and battles too. There’s relationship/dating quests for you to fiddle around with and you can actually build up your Nodens base as well. The ability to customize everything is quite cool and you do get to meet some great NPCs along the way. Some of the more interesting NPCs actually were able to encourage my desire to advance the story. I will say this, 7th Dragon III Code: VFD has a ton going for it when it comes to simply keeping you busy. 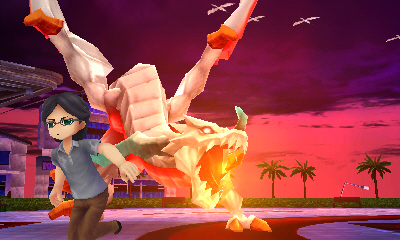 It isn’t the prettiest game that I’ve ever played on a 3DS, but I don’t want to fault SEGA for the limitations of the 3DS console. Truthfully, it doesn’t seem nearly as bad in battle screens than it does in the dungeons and overworld sequences. On the plus side, the soundtrack is pretty fantastic and does a great job of setting the mood in battles and core scenes.

All in all, if you are looking for a good JRPG and a reason to use your 3DS that isn’t called Monster Hunter or Pokémon, this is it. The name may be a bit of a turn-off to people casually browsing the 3DS library, but this game delivers in a way that I never expected it would.

Reader Rating0 Votes
0
The Good
Combat is a ton of fun
I really did end up enjoying creating new characters. Atlantis 4 lyfe!
Whenever I tired of doing one thing in particular, there always seemed to be something new to distract me from complacency.
Soundtrack is an A+
The Bad
The story is billed as engaging, I didn't think so.
Graphics are a bit blocky. Coming from Bravely Second and Xenoblade Chronicles made that a tough pill to swallow
I understand the limitations on characters, but man you really miss out on some cool characters options early in the game
8.5
Overall
Buy Now
Amazon
Related TopicsGameTechiereview