Amazon is looking for another way into your home with its release of Amazon Tap and Echo Dot. 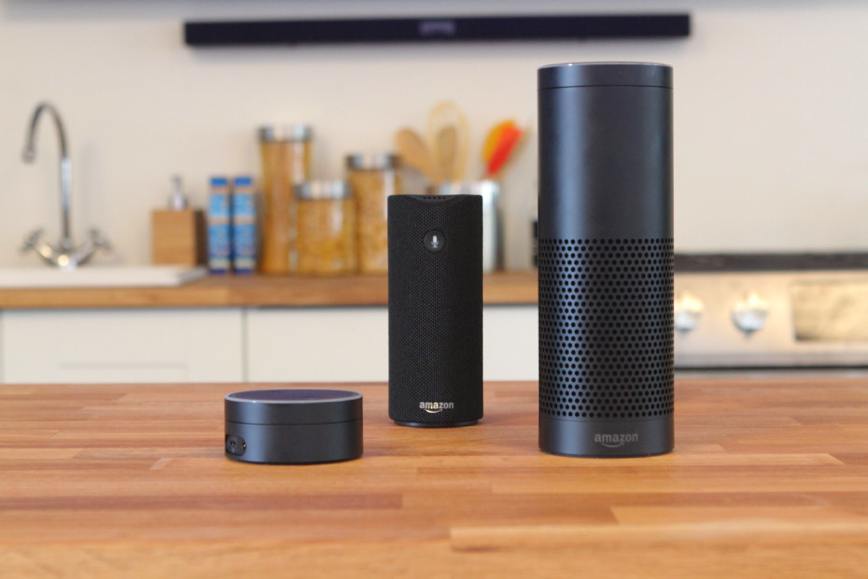 Amazon is looking for another way into your home with its release of Amazon Tap and Echo Dot.

When Amazon originally released the Echo, I don’t think they knew how much of a hit it would be. Ask anyone who has one, they’ll tell you they love it, and rightfully so–it’s an amazing product. So to keep the freight train roaring at full momentum, Amazon is introducing two new similar devices into the rotation.

At its core, the Echo Dot is essentially a tinier version of its big brother Amazon Echo. Just like the Echo, the device is equipped with Amazon’s voice assistant, Alexa. This gives users the ability to ask Echo Dot questions, get the latest news headlines, control smart home devices, and a ton of more commands. Strip the voice assistant away and it can simply be used as an alarm clock or portable speaker.

However, the Dot isn’t really intended to be a high-quality speaker. The good thing is that the device can be connected to speakers or stereo systems via a bluetooth connection or with a cable, giving users the ability to stream music from services such as Spotify and iHeart Radio.

In a nutshell, Amazon Tap is an Amazon Echo. The only difference is that it’s slightly smaller and requires a tap on the device’s microphone button to receive commands. It’s also the only device that has its own battery, which Amazon boasts of nine hours of playback time. Essentially, a smaller and cheaper version of Amazon Echo.

How to get your hands on them

The Amazon Echo Dot, which is available on March 31, can only be ordered through Alexa. This means you can only buy it via an Amazon Echo or any Fire TV by saying something along the lines of “Alexa, order a Dot.” You also have to be an Amazon Prime member as well to order the device.

The Amazon Tap is available to pre-order on the company’s website today for $129 and is expected to ship out on March 31.