I don’t really care for blog comments, but one of my readers left a comment that was to good not to publish. 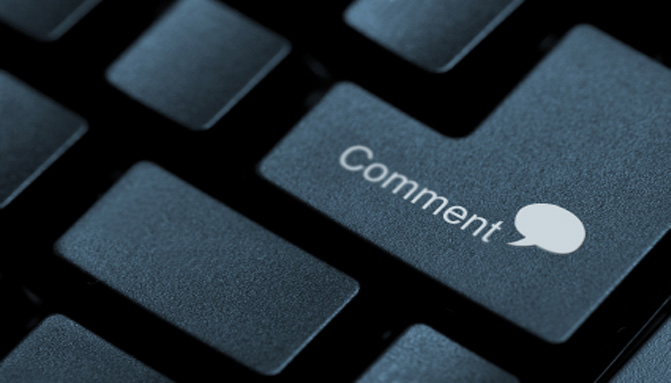 I don’t normally feed into blog comments, but I recently received a comment on one of my last Daily Read‘s. It’s funny because I don’t really get any engagement on these other than the occasional share here and there, so I was surprised to see a comment notification.

My Daily Read’s are pretty much a roundup of all the best tech stories or discussions of the day, and I’ll condense them into one post with links and twitter bios. Basically give my readers a peek into what I’m reading for the day.

Nothing major, nothing special. Just another avenue for me to share stuff. Well Today’s Daily Read was a collection of all the Uber headlines and think-pieces that I found interesting. Think of it as “Uber of Uber stories.”

Surprisingly enough, I got a comment from a reader! However, the user was anonymous and the only way of me finding out who sent it was by manually emailing him/her, which I decided against because I found it to be a bit creepy. These closing words in the comment kind of gave me the hint: “I shan’t be back.”

Anyways, the comment was so good that I couldn’t pass up sharing this with you guys. Instead of me babbling, let me just share the comment:

“The CEO, another idiot, releases a multi-part tweet in response to Emil’s dung pile. CEO and DungPileEmil both are representative of the arrogance and self-absorbed nature of the American culture. The dumbing down has been many years in the making and we are now members of a completely self-absorbed, narcissistic non-discerning society that cares not one wit for any one other than our puny little selves.

Kalanick is a child who should have fired DungPileEmil the moment DungPile had his little rant. Kalanick should also have not responded by twatting through twitter (twitter: another tool for the self-absorbed). He should have stood up in front of the press and spoke like a leader and took the difficult questions. Nope, let’s hide behind anti-social ‘social’ networks.

As America does its slow-motion slide off the cliff and we all stare like deer in the headlights. Pathetic, pathetic, pathetic. Please, save your little hunt&peck fingers and do not waste your time responding. I shan’t be back.”