Annoying Teddy is a unique new way to wish someone a “Happy Birthday.” 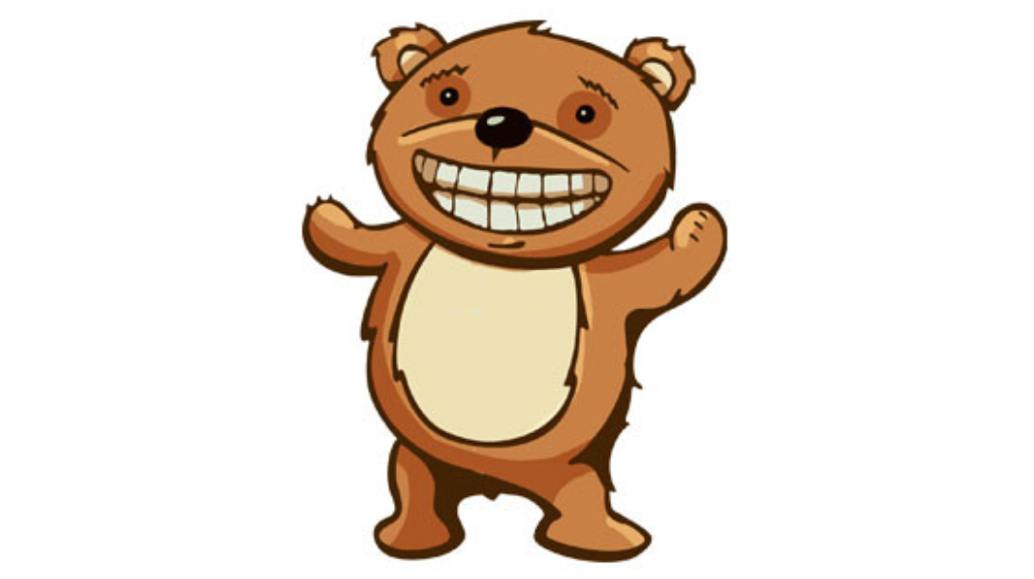 Annoying Teddy is a certainly unique kind of birthday present. It is the type of present a friend or family member with a sense of humor would buy for the birthday boy or girl.

Annoying Teddy is exactly as it sounds, it is a generic looking teddy bear who sings “Happy Birthday” to someone. The twist is it sings it non-stop and the overdone singing can only be stopped by destroying the adorable bear itself. A bizarre product, but it’s sweeping the web thanks to a few videos shared on YouTube. 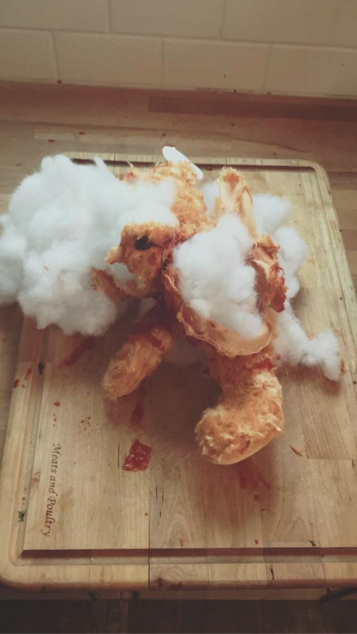 The remains of the once cute, singing teddy bear.

Kind of a funny story how Annoying Teddy started

The product’s developer, Cornelius Wilson has a history pranking his family members and it was his young daughter who came up with the idea for Annoying Teddy.

The idea started from my daughter Mikayla and I wanting to prank my brother, Wilson said with a chuckle. We always play jokes on one another.

Wilson and his daughter figured his brother’s birthday would be the best time to test out this new prank.

Since it was around his birthday, he said. She actually came up with the idea of having a birthday song play repeatedly for hours with no option to turn it off.

From that point forward, Wilson started to develop this simple prank among family members into full-blown merchandise. Wilson and his team chose to continue to use “Happy Birthday” as the song for all the teddy bears. He saw this as the perfect song to market the bears to aspiring practical jokers.

Everyone has a birthday, he said. If you’re going to go to market a product then you should target the largest possible audience. It’s not offensive and it’s something people are familiar with.

The product was originally showcased on the always helpful crowdfunding platform Kickstarter in 2015. After raising its goal, Annoying Teddy took off with nearly $40,000 in sales within the first two months of the company going live.

On the company’s website, customers can post their reactions to receiving the silly gift and also send in their videos of teddy bear destruction. Wilson is blindsided by the videos and did not expect a customer to put so much work into something.

I knew we would get a lot of reactions via email due to the nature of the product, Wilson said. To receive a product, take a video and then upload it seems like a bit much considering it’s a “gift” that annoyed you.

Wilson adds, “I feel like you would have to go out your way too much for not such a positive gift.”

Overall, the company receives mostly positive responses about the obnoxious stuffed animals, although there are a few strange stories to go along with them.

Last night around 11PM, remembers Wilson, I received this message via chat ‘How long do these things last? It was funny for a bit but now it’s really creepy. Like creepy horror movie kids in my living room. Help.

Optimistic about the future of Annoying Teddy

The product is available on AnnoyingTeddy.com and the bear can be purchased for $19.99, with the option of throwing some glitter in for an extra 99 cents.

Wilson urges any and all potential entrepreneurs, who are looking to sell prank/silly products, to start their business.

Never in a million years would you think glitter bombing, birthday songs, gummies and potatoes would be something that’ll earn way beyond your average salary, says Wilson in a positive manner.

Wilson finishes his statement with, “Sometimes you just have to get out there and do it. Don’t worry about failure because you never know what it could turn into.”