Shooting a drone out of the sky may be harder than it seems. 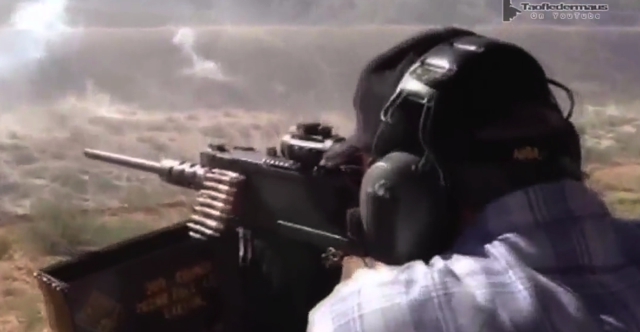 Do you have an issue with drones flying over your home? Wouldn’t you just like to blast one of these suckers out of the sky with a high-powered machine gun? Alright, maybe we don’t all want to channel our inner Rambo, but a shooting range out in Arizona offers its members an interesting alternative to your traditional paper target.

This is where things get interesting….

Technically they’re RC planes, but members at Big Sandy Machine Gun shoot have widely adopted them as “target drones.” The way it works is a pilot stands nearby zipping the plane back and forth anywhere from 100 to 300 yards from the shooters. The goal for the shooter is simple: blast the plane out of the sky.

However, it’s a lot easier said than done. As you can see in the video above, even an array of the largest caliber bullets couldn’t find their way to the plane. But in the end, persistence always pays off. About four minutes into the video, one lucky shooter was able to get a direct hit. Nice shooting ace.