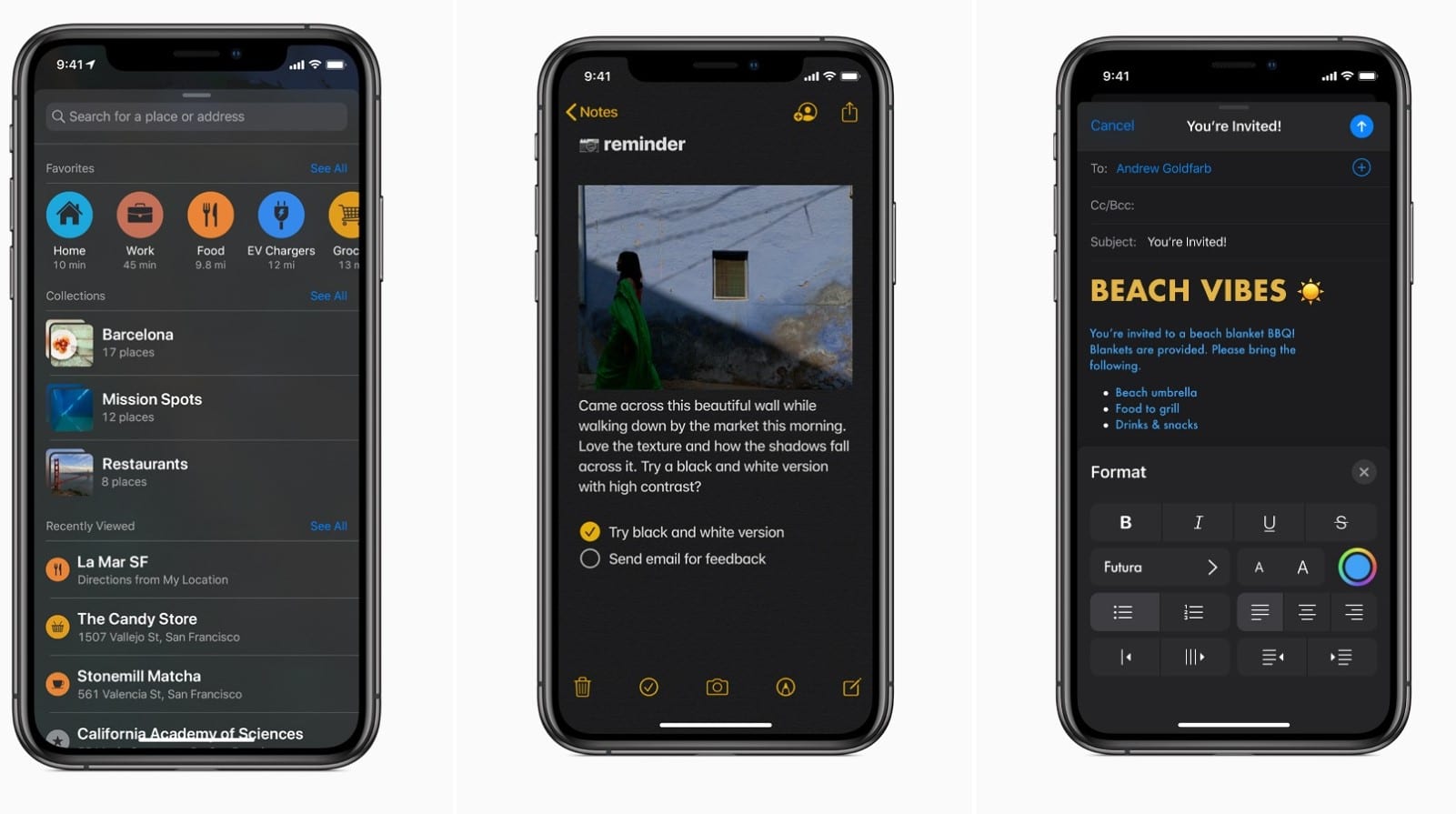 Finally announced at WWDC 2019, a system-wide dark mode is coming to iOS when version 13 arrives later this year.

Even though science says we’re better off with dark-on-white for our screens, enough of the minority is vocal enough for Dark Mode to be in everything now. System-wide dark mode came to macOS last year, so this year it’s iOS’s turn.

Now, both major mobile operating systems will be getting system-wide dark modes, as Google announced it will be coming to Android Q later this year (you can already use it on Android Pie).

Questionable science about eye-strain aside, it’s true that using dark themes on OLED devices have an appreciable effect on battery life. We’ll see just how much when dark mode arrives later this year on both iOS and Android.

What do you think? Glad to see a real Dark Mode come to iOS? Plan on using it? Let us know down below in the comments or carry the discussion over to our Twitter or Facebook.