Want to teach your kids how to code at an early age? CodeQuest is your best option. It’s an app that kids can create, build, and explore basic HTML and CSS. 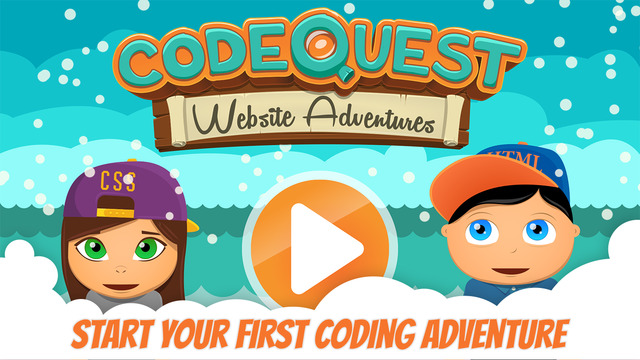 When I was growing up as a kid, I was fascinated by computers. If you were one of my friends growing up and you had a keyboard and monitor at your house, chances were I was usually there hogging up your machine. This all changed when I got a PC of my own. I remember it was an introductory Packard Bell running on 2GB hard drive, and 16MB of RAM – blast from the past, huh?

I remember spending countless hours on this thing, to the point where my eyes would tear up. The only time I would take a break was when I went to the bathroom. I would say I probably spent 22 hours a day indoors that one winter break growing up. I wanted to learn everything about the PC, inside and out. I was then introduced to the internet, and it was all over from there.

Unfortunately for me, there were not many resources for me to learn from. Today, however, is a different story, and kids now have an opportunity to learn how to code in a fun and engaging format, thanks to CodeQuest. 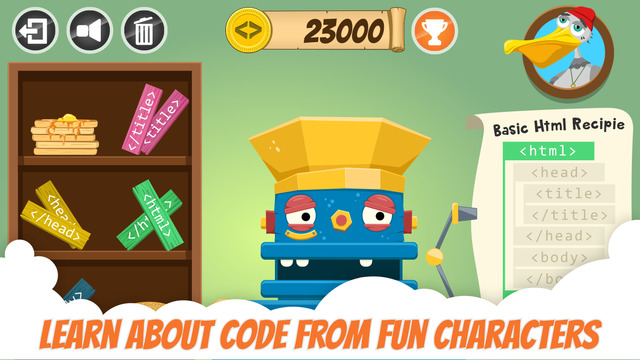 CodeQuest is an app for the iPhone and iPad that’s intended to assist kids in learning HTML and CSS by striving to make coding fun, through storytelling and gamification.

Kids can learn over 100 different code snippets while playing the game. Two minutes in, they’ll be interacting with code like they’ve never done before. While playing the game, kids will be able to create, build, and explore their personalized and unique website. What’s even cooler is that kids can even publish their page on CodeQuest’s secure servers, this way they can share it with their family and friends. Kids must be over 13 years old to access this feature. 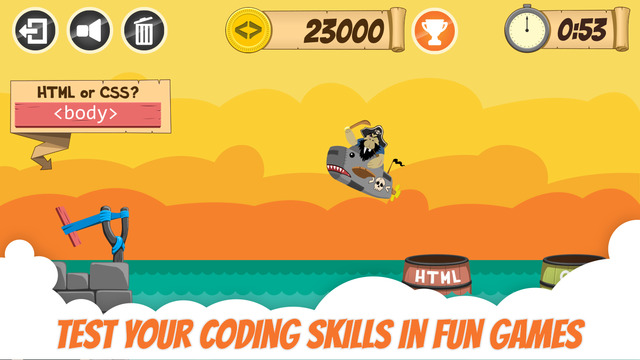 Rosalyn Knapp, Technological Strategist & Co-Founder of CodeQuest told me in an email:

Every child craves to build something they can use, show off, and be proud of. Sometimes it’s that maraca in an old plastic bottle with beans inside, but given the right opportunity we’re seeing robots, Xbox games, and Apps coming from these kids that just 10 years ago would have been on the maraca-level. It’s not up to us to limit children and tell them what to create – with CodeQuest we show them a way to create.

“Learning things as an adult is very difficult, especially when it’s something like a language. And that’s something that all three of us founders, Sanna, Lovisa, and I faced when we attended Hyper Island (Digital Communications College) – understanding and then using code was simple towards the end, but it was such a chore to get to that point, so we wanted to make it more fun, and more effortless to give kids a chance to learn something that we wished we’d learnt when we were younger. That is how Cody Coder was born, and what let to CodeQuest now,” Knapp further added.

I’m kind of jealous that I didn’t have this around as a kid growing up. This is going to launch a lot of young minds into coding, especially women, who would be entering an already male-dominated world. I, for one, am a fan of this app, and the idea of teaching kids at a young age how to code in the form of a game is truly brilliant.