Their commercials may have been funny, but the fact this service is still cheating people out of their hard-earned money is no joke. 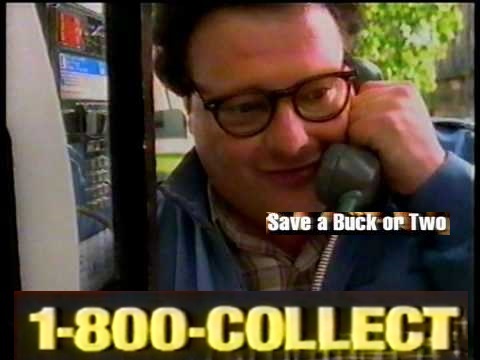 Remember those 1-800-collect commercials from the 90s featuring Arsenio Hall, Chris Rock, and Phil Hartman? The pitch went like this:

“You dialed 1-800-COLLECT before placing a call and, rather than suffer whatever astronomical rate the company owning the phone might charge, you reached a friendly 1-800-COLLECT operator and connected at known, modest rates.” – Arstechnica

It’s simple really. Get caught in a pinch, dial this number on a pay phone to save up to 44%.

This was a big thing back then.

The funny thing is that the service became so popular, that even other companies started purchasing similar 1-800 numbers hoping people would misdial and end up accidentally routing through their service with extremely high rates.  (To this day, the FCC still warns people on the dangers of misdialing 1-800-COLLECT).

In this day in and age, pay phones are yesterday’s technology. When was the last time you saw a pay phone, or anyone using one?

Cellphones have transformed the way we communicate with people, so, is 1-800-COLLECT still a thing?

Yes, and people are getting screwed over with high charges.

Check out this bill: 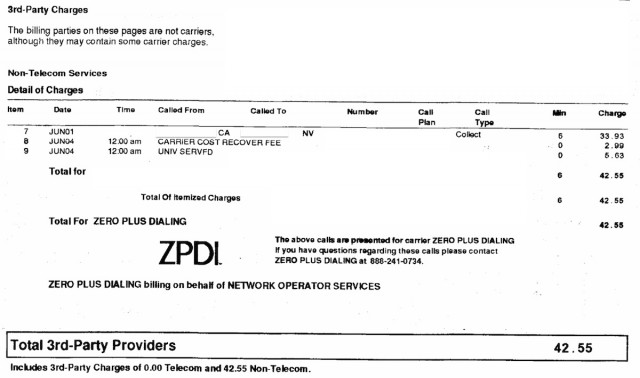 This bill belongs to an ArsTechnica reader, who wrote in about his high-stakes experience with 1-800-COLLECT:

“He dialed and placed a 6 minute call. When his home phone bill arrived in a couple weeks, it showed a third party charge for $42.55—$33.93 for the call itself, with the balance for ‘cost recovery fees’ and the like.” – ArsTechnica

To say the least, the reader was pissed. “There are unscrupulous carriers that charge even more than $42.55 from 1-800-COLLECT, whose website claims it is a ‘trusted and recognized brand?'”

Moral of the story: They’re still in business, and they’re charging rates that will make you rain Hamilton’s.