Tuesday is a rough day, and I’m sure the fellas from the N.W.A movie can agree. Today’s daily read features Snowden, women in tech, and Siri being used as an accomplice. 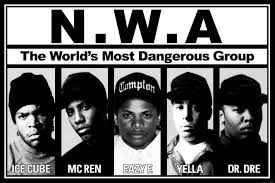 It’s Tuesday, and its personally in my opinion, one of the worst days of the week. I’m sure the cast members from the N.W.A. movie can agree with me.  All things aside, I have some goodies lined up for today’s Daily Read. Let’s get to it!
[divider]

“But in all my work, I’ve never run across anyone quite like Snowden. He is a uniquely postmodern breed of whistle-blower. Physically, very few people have seen him since he disappeared into Moscow’s airport complex last June. But he has nevertheless maintained a presence on the world stage-not only as a man without a country but as a man without a body.”

Stop being a tourist

“Look at these idiots. Oblivious, naïve, and probably American. Even their execution of the quintessential holding-up-the-leaning-tower-of-Pisa pose is deeply flawed. Are they aware of the history? Of the architectural miasma that hangs in the air like the smell of stale Coppertone? No, no they aren’t. They’re tourists and they suck.”

Someone actually tried to use Siri to hide a body

“Someone seems to have actually asked Siri how to hide a body, and meant it. The Independent reports that 20-year-old murder suspect Pedro Bravo had told his iPhone, “I need to my hide my roommate.” The accused reportedly committed the crime following an argument with Christian Aguilar, who was dating Bravo’s ex-girlfriend.”

The Insidious Influence Of Blockbuster Cinema On Videogames

“After a sharp critique from one of its sites, Gawker employees discuss their company’s murky vision of the future of publishing.”

Encouraging Girls to Embrace Tech, No Matter Where They Live

“Waad “Dede” Krishan is probably having a better summer than you.”