Ever wanted to get an aerial view of what a multimillion-dollar yacht looks like being engulfed in flames? Luckily for you, a drone enthusiast captured it all. 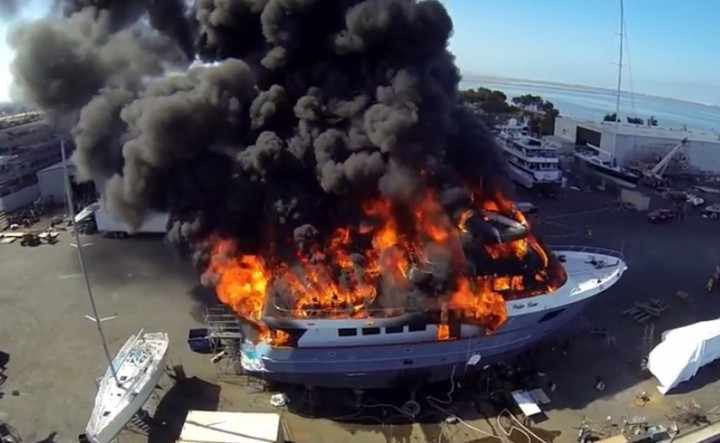 What’s the best way to capture footage of a $17 million yacht engulfed in flames?

A drone, of course.

Media companies have been locked in a legal battle with the FAA over the regulation and use of drones. In May, more than a dozen news outlets, including the New York Times Co., Tribune Co. and Associated Press, filed a joint brief with the National Transportation Safety Board arguing that the FAA’s ban on drones impinges on the First Amendment, preventing freedom of the press and the free flow of information.