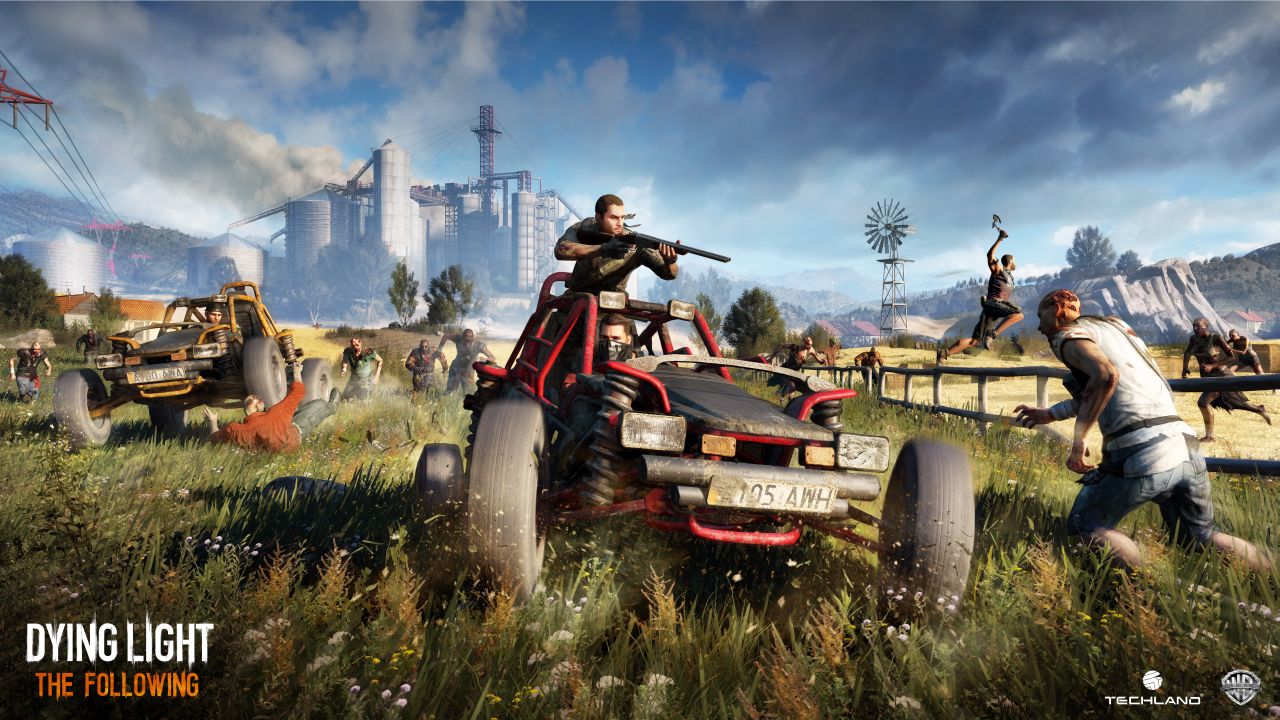 Ok, for starters, I know that the actual game/DLC we are reviewing has a hell of a title. There’s some interesting reasoning behind this, though. Techland upped the ante with their awesome zombie survival game when it came out last year. They took the undercooked ideas that Dead Island tried to capitalize on and made it something special.

Their latest update turned all former purchases into the Enhanced Edition, improving graphics, animations adding new items and a legendary leveling system. They added a whole lotta game in to play. With the inclusion of The Following, they also included a brand-new ending to the game as well.

I went all in, playing through the original game before jumping into the actual The Following so that I’d be prepped and ready for the new missions. There was a significant difference in zombie AI and many times I felt like I was constantly being pursued.

Graphically, there was a bit more foliage in places but it wasn’t anything that I really stopped and noticed since the first time I played the game. I did get some of the new higher quality weapons before finishing the main story, which I figured would hopefully help me in The Following.

To sum it up, the “Enhanced Edition” content lets you add some filters, improves some animations and makes the zombies more dangerous. This is all before adding in some devastating new weaponry.

Now for The Following DLC: Almost immediately, the countryside is a jarring contrast to Harran’s city streets. Buildings are far apart, fields of zombies are in your way and there is no way to hide at night with very little friendly lighting.

“I had a lot of fun with the buggy, but there was absolutely a learning curve with it.”

It takes some time to actually get the hang of the countryside, but fortunately for you, you get a handy buggy to help you out. The buggy starts out weak, but acts as a way to get from one location to another throughout the sprawling countryside. The buggy can be upgraded and customized with blueprints and gear you find while doing quests or hunting Freaks of Nature. Ultimately, I had a lot of fun with the buggy, but there was absolutely a learning curve with it.

The story in The Following isn’t necessarily a long one, with a majority of the bulk being grind-missions to earn the trust of the villagers and the Faceless. Techland does a great job of masking this, however by creating a ton of extra things to grab your attention along the way. My favorite was hunting Freaks of Nature which are special versions of the abnormal infected that effectively act as boss encounters.

All in all, it’ll take you about as long as it did to get through either of the first areas in the game. The one thing with The Following is that it does actually end. Unlike the main game, Kyle Crane’s story is coming to an end one of two ways. That decision is up to you and I don’t plan on spoiling it.

If you have already been playing Dying Light, The Following adds more than $20 of value to your experience and I really recommend it. If you don’t and you like good games with zombies in it, you can buy the whole enhanced edition with all the DLC for $60. As Techland says they’ll be supporting the game this year too, I’d say it would be money well spent.

Reader Rating0 Votes
0
The Good
All the DLC for one fair price
The Following actually adds an interesting finale to the original Dying Light story
Listen, there's not much more satisfactory than running over hordes of zombies in a buggy
The Bad
The actually story of The Following is kind of short
As large as the countryside is, I hoped they'd do more with it
8.6
Overall
Buy Now
Amazon
Related TopicsGameTechiePlayStation 4Xbox One