Want to help you favorite band get paid more on Spotify? Eternify tricks Spotify into paying your favorite band 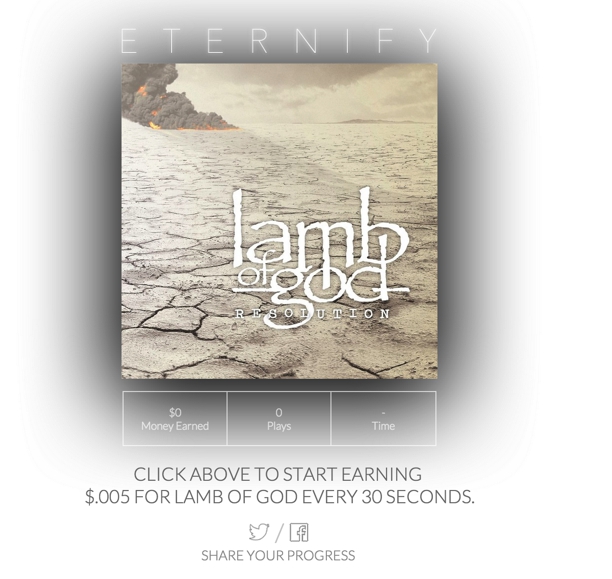 A new Spotify “hack” has entered the music landscape. Eternify is the ironic, somewhat legal, and oddly useful brainchild of artist Ohm & Sport. Describing themselves as “band in beta,” O&S created Eternify as a way to capitalize on the 30-second bar that Spotify sets in order for an artist to earn money on a stream. What’s so intriguing about this pseudo-punk hank though, is that it plays only 30-second clips over and over, tricking the service into thinking full tracks have been played, and then lets you donate the racked up streaming revenue to any artist of your choice. 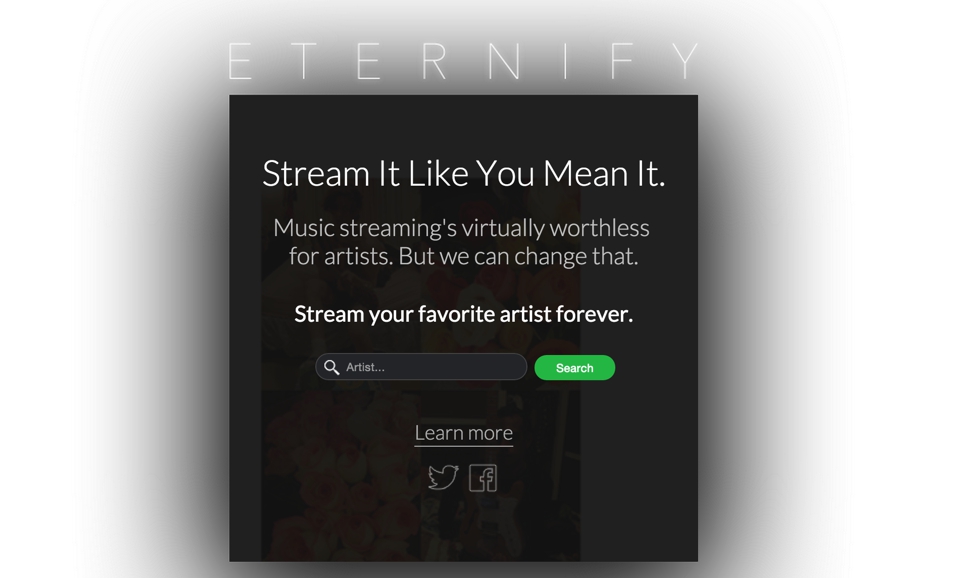 It’s not a far stretch to think that Spotify will be cracking down on Eternify before the end of the week (that would be my guess anyway), but for the time being it serves another purpose entirely: highlighting the problems that numerous artists have with the current streaming paradigm and business model. Beyond the money that Eternify users can generate for artists (which is miniscule anyway), the program is more about bucking the system than anything else.

As the music landscape heats up yet again, what Eternify’s creation and existence underscore are the realities that face independent artists, which major label artists like Kanye West and Kings of Leon may not have to deal with. For many independents, it’s more about getting their music out there than the tiny earnings they might glean off streaming. If they can get fans to come out to shows—buy tickets and shirts—then they will have a revenue stream which they don’t need to split with anyone but amongst themselves.

Eternify is a real sign of the wild west mentality that is imbuing the music industry once again. A quirky little hack perhaps, but Eternify is just punk enough to make sense in the evolving music paradigm, if only for a short time.