Both services will integrate the popular “Have I Been Pwned” tool into their suite of tools. 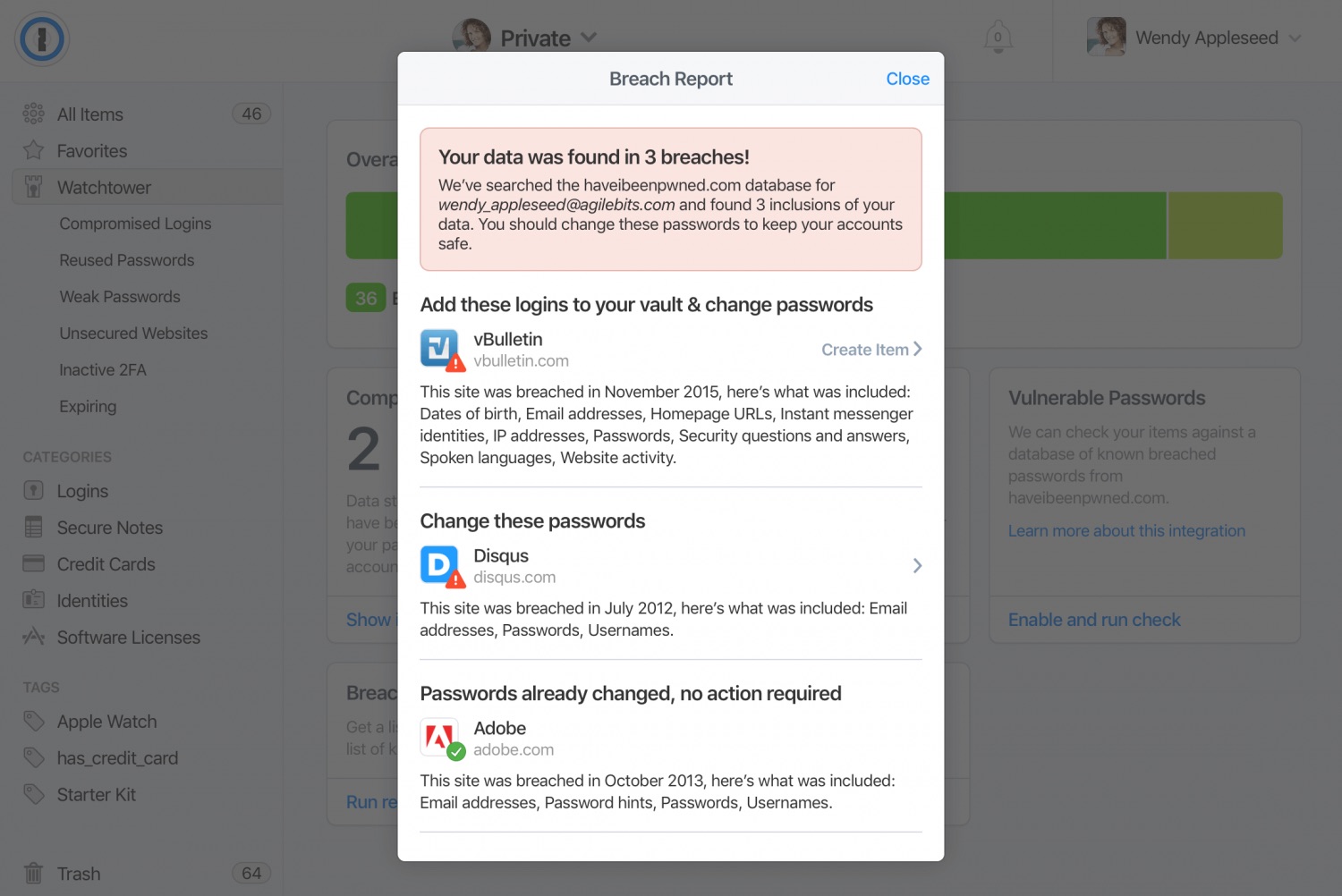 Have I Been Pwned (HIBP) is an excellent online tool that lets you know if your online accounts have been compromised. That tool is now coming built-in to future versions of Firefox and 1Password.

Over at Mozilla, plans have been announced for a Firefox Monitor website where you can check to see if your accounts have been included in any known data breaches. If they have, the site will offer details on the breach, including recommendations on what to do. Mozilla also plans on notifying people when new breaches occur.

It is important that we not violate our users’ privacy expectations with respect to the handling of their email address. As such, we’ve worked closely with HIBP and Cloudflare to create a method of anonymized data sharing for Firefox Monitor, which never sends your full email address to a third party, outside of Mozilla.

Meanwhile, 1Password, the popular password management system, has made a similar announcement. It’s bringing HIBP integration to the organization’s 1Password Watchtower service. In doing so, it will provide all members with a Breach Report.

Have I Been Pwned has a database with over 5 billion compromised accounts obtained from the various data breaches around the internet over the last few years. This database contains the email address associated with the account as well as a SHA-1 hash of the password that was compromised. The new service allows 1Password to look up entries in that database based on the email address.

HIBP is a terrific service and this is huge news that Mozilla and 1Password have decided to implement HIPB in their products.

How do you protect yourself online? Let us know below.