First person to buy iPhone 6 drops it on live TV

Being the first person to emerge out of an Apple store with the all new iPhone 6 has to be an accomplishing feeling, right? 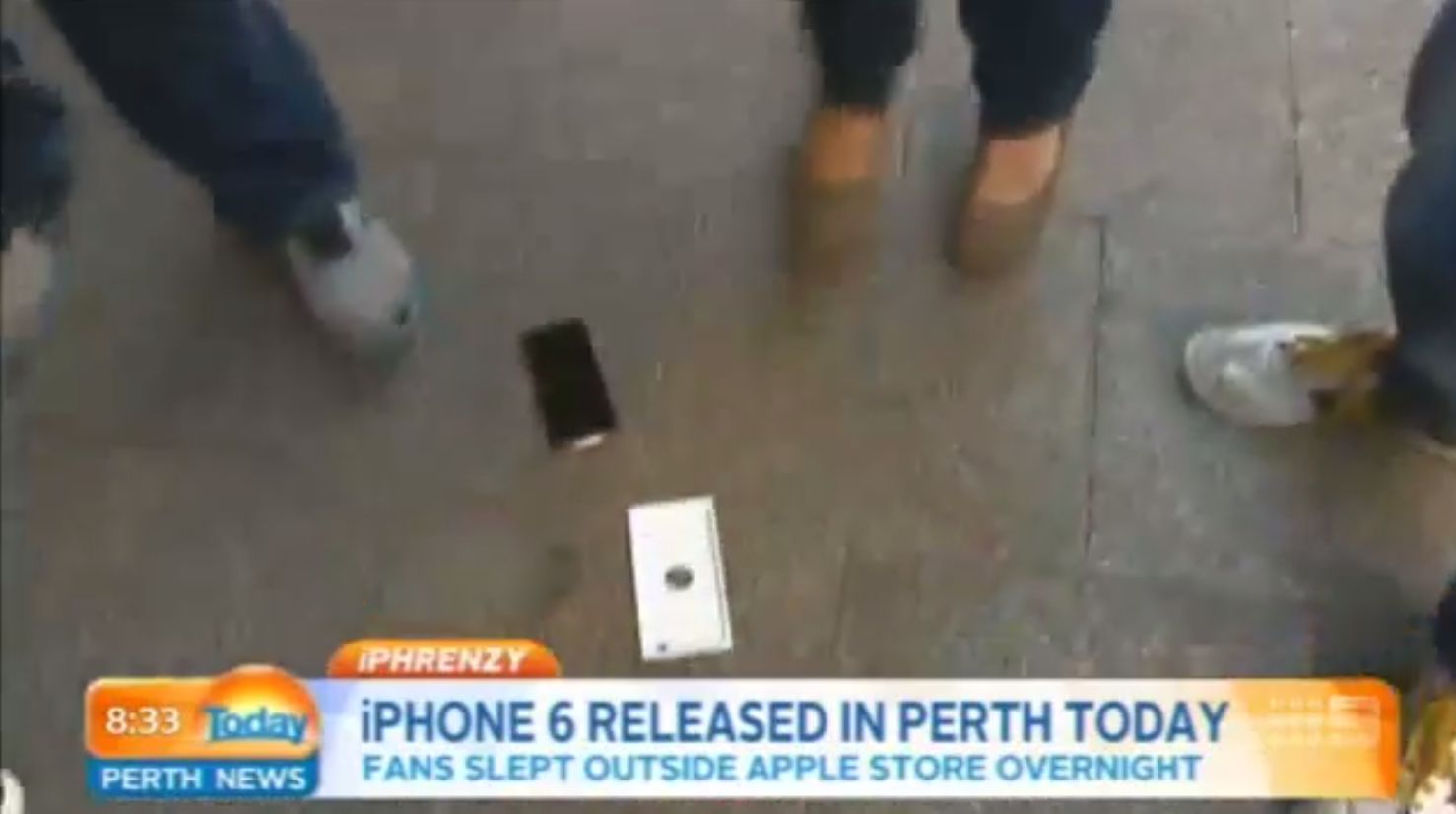 Being the first person to emerge out of an Apple store with the all new iPhone 6 has to be an accomplishing feeling, right? Well it was, up until Jack Cooksey dropped his brand new phone on live television.

Ta da! Jack Cooksey, the first person to emerge from the Apple Store with a brand new #iphone6 @TenNewsPerth pic.twitter.com/Oya9iYyuZQ

Jack Cooksey was the first person to enter the Apple Store after waiting in line all night. “While he was being interviewed by the Today Show, Jack struggled with the “big reveal” of his new iPhone 6. The phone fell to the ground as the crowd screamed” reports Mashable.

Not to worry, the phone went back in the box with no scratches or damages. Apple must of built a good phone if the phone didn’t take a beating.