Ever wonder what the first video uploaded to YouTube looked like? Look no further, we found it. 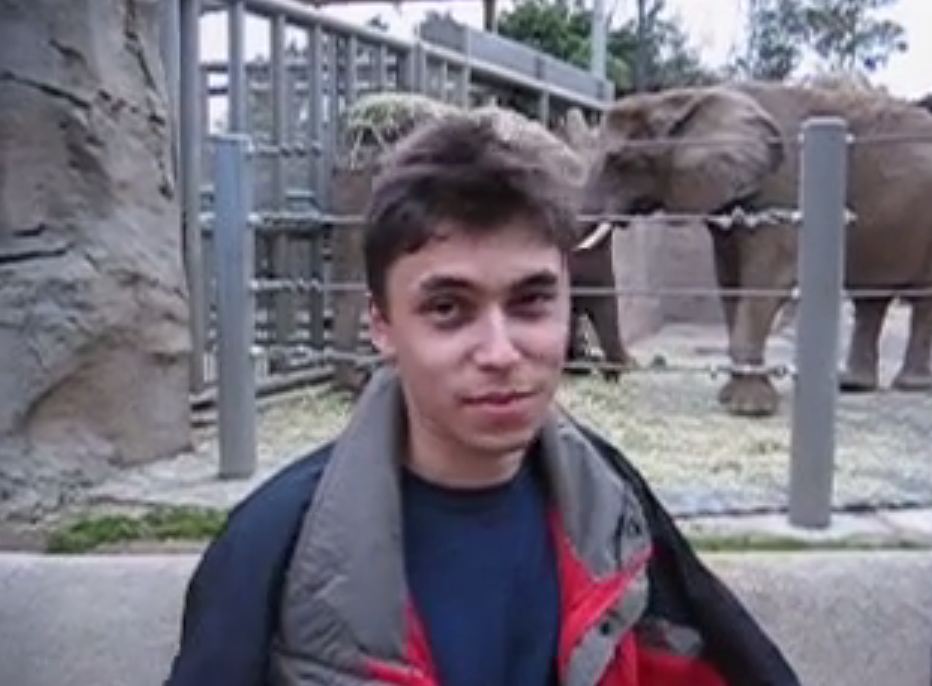 Ten years ago today, the first video on YouTube was uploaded, and to be honest, it’s kind of boring. The person you see in the video is Jawed Karim, co-founder of YouTube with an approximate net worth of $140 million.

The video, which is only 18 seconds in length, is titled “Me at the zoo.” In the video, Karim is seen standing in front of an Elephant enclosure describing their “really long trunks.” That’s pretty much it. Nothing groundbreaking or anything.

The video was uploaded by Karim a month before YouTube officially launched in May 2005.

According to a recent report from Business Insider:

When YouTube was bought by Google, Karim got 137,443 shares of stock worth roughly $64 million. Karim went on to found venture capital firm Youniversity Ventures, which has invested in companies including Airbnb.