Looks like Samsung is getting pretty good at this recall business because they just issued another one for their washing machines. 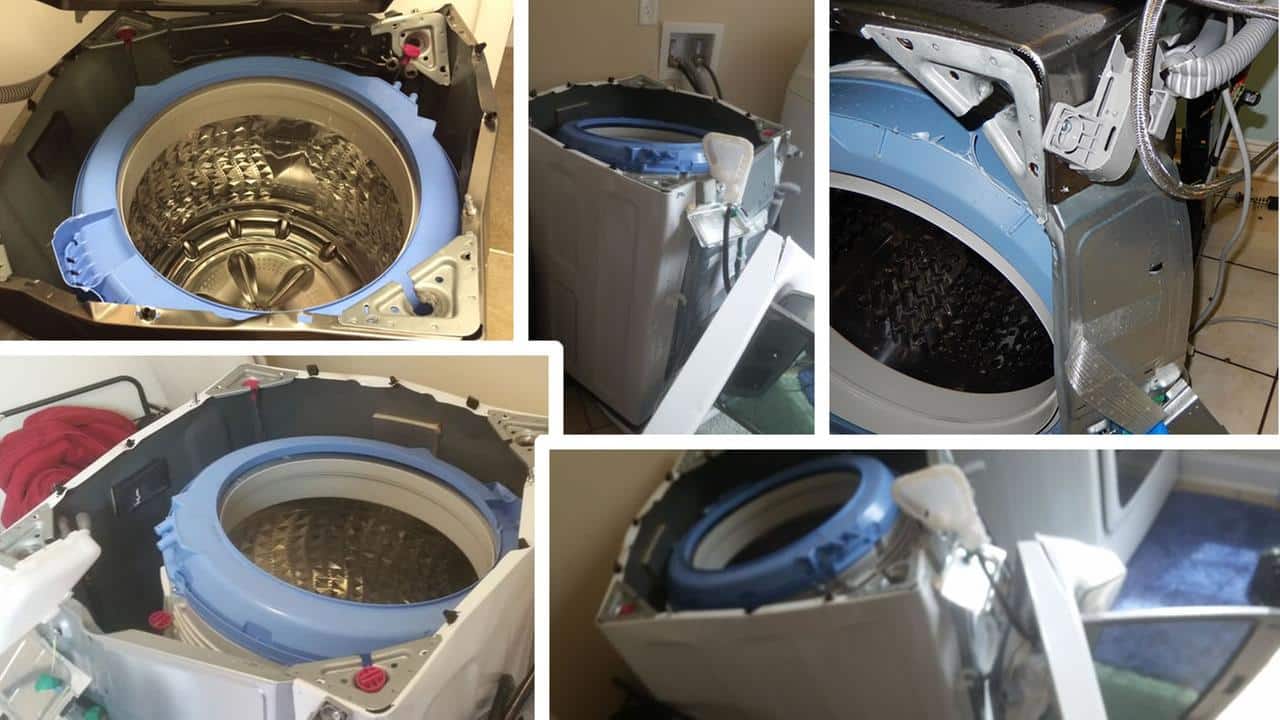 Looks like Samsung is getting pretty good at this recall business because they just issued another one for their washing machines.

Samsung can’t get a break. The company just issued a massive recall for its washing machines because apparently, they’re exploding just like their smartphones, reports The Wall Street Journal.

This untimely recall affects 34 top-loading models sold in stores starting from 2011. Damn, that’s a lot. This is a big deal because if one of these suckers explode, the top can fly off whenever it’s in use, which can seriously injure someone nearby.  Apparently, this is a thing because nine people have already reported injuries, one that includes a broken jaw. This is out of 700 reports of incidents.

Here’s the official recall from Samsung:

“Samsung has received 733 reports of washing machines experiencing excessive vibration or the top detaching from the washing machine chassis,” the official recall states. “There are nine related reports of injuries, including a broken jaw, injured shoulder, and other impact or fall-related injuries.”

Our priority is to reduce any safety risks in the home and to provide our customers with easy and simple choices in response to the recall. We are moving quickly and in partnership with the CPSC to ensure consumers know the options available to them and that any disruption in the home is minimized.

If your washing machine has been affected, Samsung is offering in-home repairs, rebates, and refunds. Just be sure to do this sooner than later or else you’ll be the victim of Samsung’s guillotine.