The Hover Passport self-flying camera drone is finally available to purchase for $549. 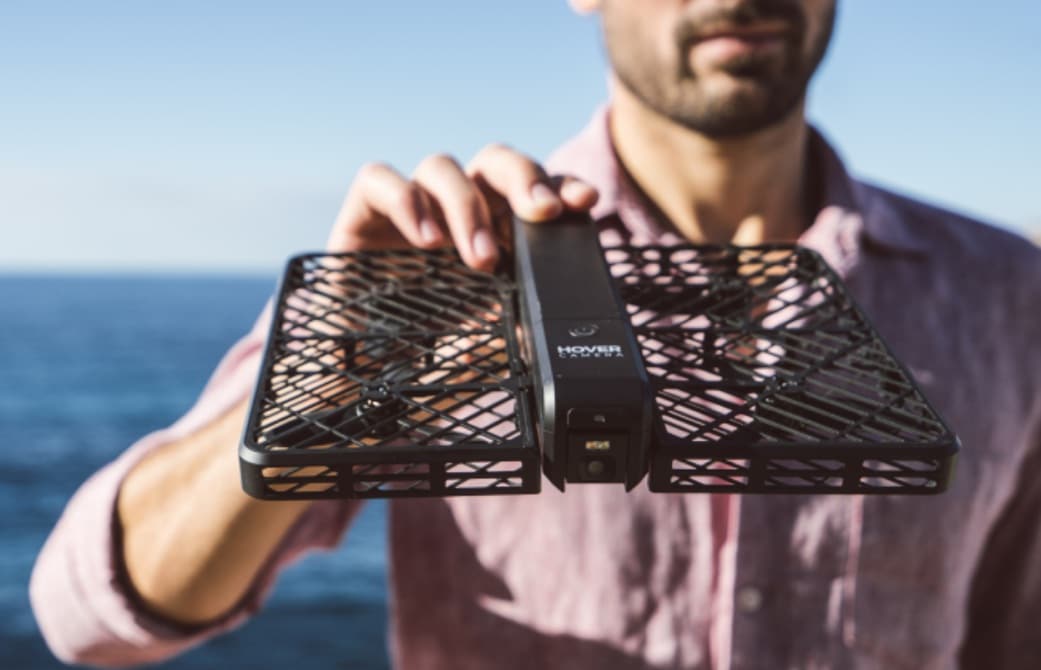 The Hover Passport self-flying camera drone is finally available to purchase for $549.

There’s a new revolution coming to the drone market – self-flying drones. The appeal here is that you can essentially throw one into the air and have it follow you around while taking photos and videos.

There’s a few of them already in the preorder market, but nothing you can officially buy today. You might have heard of them: Snap, Lily, Staaker and Hover.

Luckily, the wait is over. Today, Hover has announced its first drone to hit the market and it’s called the Passport, which sells for $549.

The drone is controlled via an app on the iPhone 5S (or newer) running iOS 8 or higher. You can also control it via an Android phone running Android 4.4 or higher. The device can fly up to 17 miles per hour and can climb vertically up to 16 feet. It’s range is right around 66 feet.

Raymond Wong of Mashable got his hands on a Hover Passport and here’s what he had to say about his experience:

To be honest, not bad. The Hover Camera Passport’s face-detection software worked as it did when I tried out the prototype, but it was by no means perfect. The camera had some issues when it detected several faces and wasn’t sure which one to follow, even though I had locked it onto one person’s face.

The Hover Camera Passport also isn’t great at following you up stairs, and reflective surfaces like glass windows seem to confuse it and throw off its tracking. I’ll need to do more testing (and use it outdoors) before I can make conclusions, though.

On the other hand, Fitz Tepper of TechCrunch had a pleasant experience with the device:

I was really impressed with Hover. I’ve played with drones in this new category of “flying camera” before, and most ended up being half-baked and disappointing. But Hover is really well done. If you’re looking for a second drone to supplement a beast like the Inspire or Phantom, or looking for a entry-level drone you can fool around with indoors or around friends, Hover could definitely be for you.

Sure, this drone probably isn’t for everyone but it would make a great addition to any photographers arsenal.  The Hover Passport retails for $549 and more information can be found on their website below or check out the video above to see it in action.