Me and the Internet: A ❤ Story 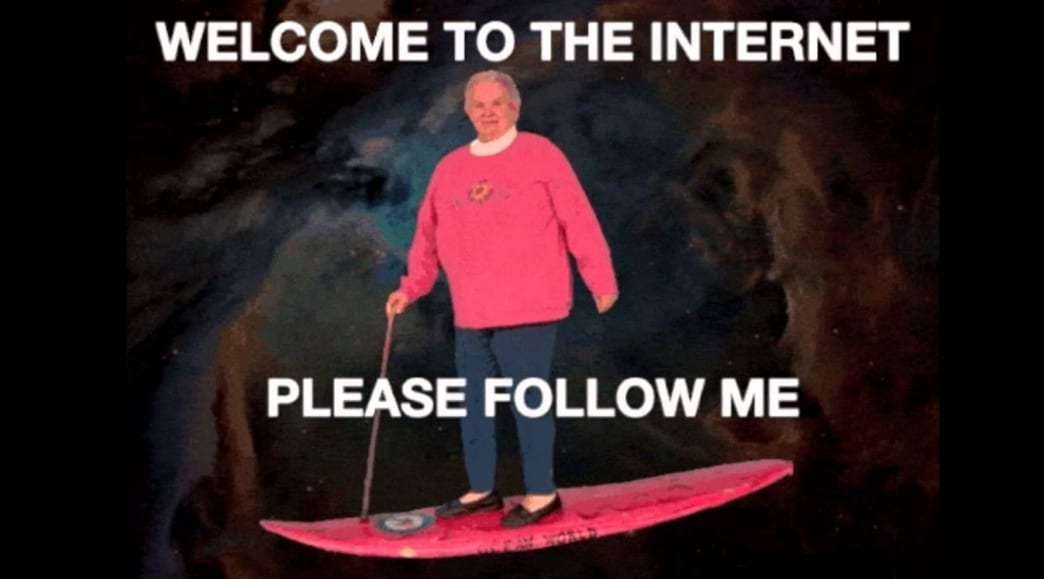 [dropcap]I[/dropcap]n my family, we were pretty spoiled to have a home computer through the 1980s. We even had a touchscreen Acorn BBC Micro in the early 1990s for my physically disabled sister, which my other sister and I would use to play games or write stories. In 1995, our mum pulled out all the stops and bought a new PC with Windows 95 and the Internet. This was rural Oxfordshire. My school didn’t have the Internet, the local library didn’t even have a computer, and suddenly here we were with this magical machine connecting us to absolutely everything.

Of course, it rapidly became the focal point of all sibling arguments. But whenever it was my turn, I would devour Encarta and obsessively watched the Weezer video. I was ten years old and realised quickly that the Internet could help me do my homework. Five years later, I was hanging out in Egyptian God chatrooms (my screen name was Osiris3001 — I’m hella cool) and chatting to gothy boys who also dug Placebo and Marilyn Manson.

I had ‘friends’ in the US, Norway, Greece and all over the UK. Not only did we write lengthy emails and spend hours in chatrooms, but we mailed each other postcards and letters, and often met up in person if geography allowed. I’m so grateful to my mum for not outlawing cyber-friendships. We’d moved house five times by the time I was 15 and it was easier to be myself online than IRL. Of course there was a torrent of the usual sexist bullshit of horny young lads desperate for a tit pic. But amongst them were real people, some of whom are still my friends today.

By the time I was eighteen, we had a proper computer lab in our sixth-form common room, where I would hang out on b3ta and rathergood.com when I should have been submitting my UCAS form online. Here, I wouldn’t get shouted at by my mum for hogging the phoneline. That had been a cornerstone of our relationship throughout my teen years. She was obviously right, it was impossible to have only one phoneline and an internet obsessed teen who wouldn’t log out of anything. I remember with some shame that I heard a friend had died via text — her mum had been trying to call our house for hours but I’d been online.

I got into trouble at school for using Babelfish to do my German homework because I couldn’t be bothered. Increasingly my life was beginning to shift online and that was something I welcomed with open arms. My life on the Internet had been wonderful thus far. I don’t know the precise event that changed the Internet for me. What I do know is that I can’t move around it with the same freedoms I had as a child.

In 2015, I broke up with Google. It was a gradual decline as I realised how little reason I had to trust the Internet giant with all of my personal data. I gently began to extricate myself from its grip and now move around the internet with a great deal more privacy and control.

Google is a Leviathan force, dominating how we experience the world. The information we can access through it is controlled by SEO and the popularity of that content, as well as their own systems. It even has an algorithm that seems taken straight from the pages of 1984 — it’s computers assess the relative truth of content and stores it in The Knowledge Vault. Whilst Google currently does not sell personal data, there is nothing that confirms that they won’t in the instance of the company failing, merging or being sold. Even by storing it, this data is potentially available to both governments and hackers. That’s where this all becomes a little murky.

Taken individually, your searches might seem too trivial to amount to anything. Online surveillance is so widespread, however, that a picture is being drawn of you, of your interests and communities, of your shopping habits and your diet. If you have ever searched medical symptoms, that data has been logged and it is used to deduce how best to sell to you.

Data brokers are far less concerned with being held accountable and transparent as larger corporations. They trade in data skimmed from websites you’ve visited, and combine it with publicly available information, as well as other privately traded information on you from other companies. This is then used to create a detailed profile about you, and how best you can be marketed to.

All of the computers we own, whether it is the chip in your FitBit that feeds data back to your profile, or your Nest thermostat regulating the temperature of your home, are recording data. Our phones and tablets are handheld tracking devices. Whether you like it or not, we are all under mass surveillance.

As you move around the internet, your data is stored. If you visit a page with either a Facebook ‘like’ button, or a Google Plus button, the event is logged — regardless of whether or not you are logged in. Your data can even act against you. The data saved when you search for a product goes beyond your age, gender and location — it also includes what type of computer and operating system you are using, and that can influence the cost of a product. This has been particularly profitable in the travel industry — let’s not forget the Orbitz faux-pas where Apple users were steered towards more expensive hotels.

Why does any of this matter? In an increasingly tech-driven world, do you really want the world’s largest advertising company to have the most comprehensive data on your online behaviour, habits and interests? This Orwellian relinquishing of privacy is more pernicious than we realise.

My year of de-Googling has been part of a much broader shift towards protecting my personal data. The Snowden leaks were a significant move away from tin-foil hat scaremongering — they offered solid evidence that both the US and the UK governments are monitoring their citizens through phone records and internet logs. Theresa May, the UK Home Secretary, is aggressively pushing a ‘Snooper’s Charter’ that will enable the UK government to save data on every website visited by citizens. Every website. Just think about that. This goes beyond the idea of ‘if you’ve got nothing to hide, you’ve got nothing to worry about’ — this is an official government record of your interests. Do you really want a government record of your interest in ‘dogging locations within the M25’? No? Then you are likely to do one of two things:

At what point did wanting to protect our privacy become subversive? When did our expectations of privacy drop so low that we willingly give up information without even knowing who to? I increasingly find myself viewing online privacy as a cliff. A visual marker that has long been a part of the online landscape. This modern obsession of privacy invasion, be it for the common good (squashing ISIS, etc), or greed (ad tech) is forcefully eroding what we accept as public and private. If I change my online habits because of who may be tracking them, that’s censorship, and I don’t buy that as being part of our democracy. So how does one go about becoming more private online? As much as raising awareness and trying not to sound like you’ve gone full tinfoil-hat can do, it isn’t enough. Honestly, it never will be. Privacy will only progress with a democratic intervention on what constitutes bad behaviour and what users are signing up to. The technical knowledge required to inform your average internet user is such that informed consent is not currently possible.

On an individual level, if privacy is important to you, limit your use of free services. If using a whole new browser seems too much of a hassle, download an ad blocking extension (I’d recommend the EFF’s Privacy Badger) to help minimize your digital footprint. Read up about privacy — I’ve included a list of clever folks below who talk less personally and more practically and intelligently than me.

This article was originally featured on Medium and republished with the authors permission.

How to preorder the Google Pixel 6 and Pixel 6 Pro

Vive Flow: Everything we know about HTC’s new VR headset

SEO Wars: Return of the Blogger
How to score 2GB of free Google Drive storage today