Wow, really, a Warcraft Blu-ray review? But seriously, we’re giving away 5 copies of the Warcraft on Blu-ray. 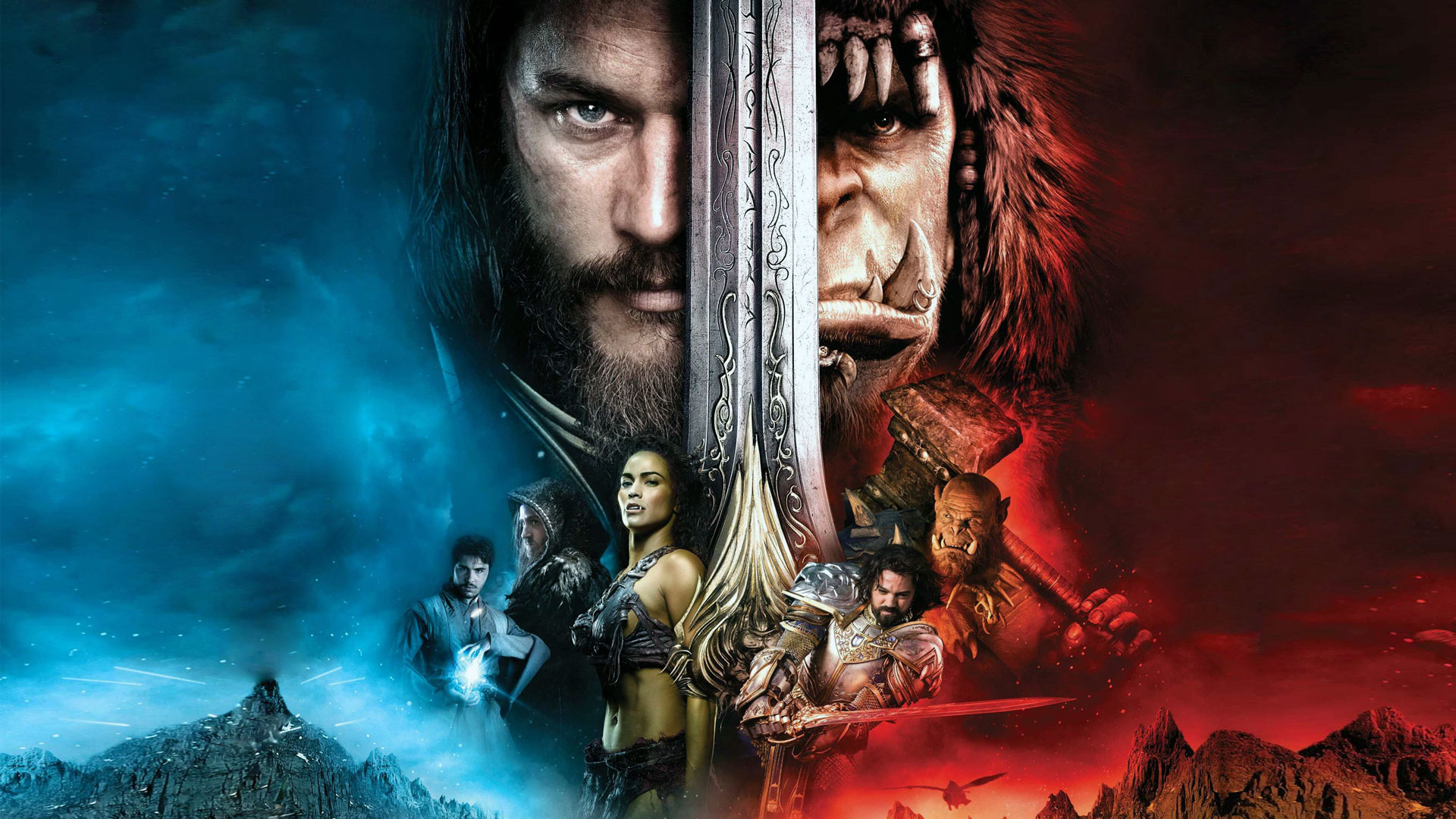 Honestly, I think I’ve only ever reviewed a single movie before, so I hope that I’m able to cover the things movie fans are looking for here. When the movie’s PR reached out about the opportunity, I jumped on it. I grew up with the Warcraft series and spent quite a lot of time playing World of Warcraft too. So I was excited to see this when it finally hit theaters.

Unfortunately, for one reason or another, I never was able to drag myself out to see the movie. With Universal sending us over the movie to watch on Blu-ray, I was able to watch it in the comfort of my own home and talk a bit about all the stuff that is done great and the things that weren’t so hot.

Warcraft tells the story of the first PC game 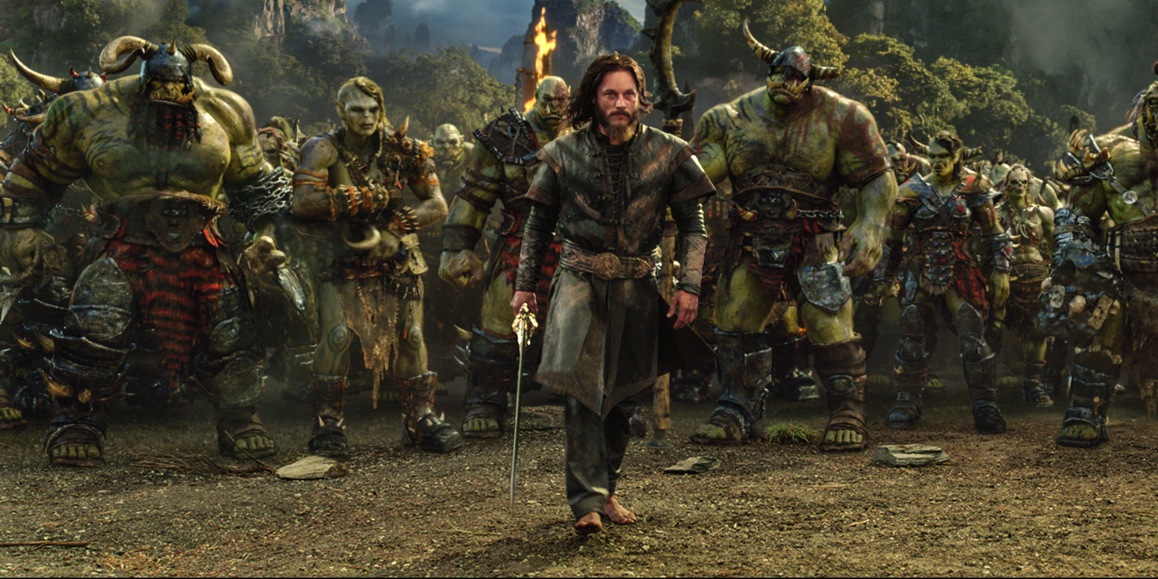 Warcraft, as a film focuses heavily on elements from the first Warcraft game. The orcs have fled Draenor and the warlock Gul’dan is playing them like pawns and corrupting them with fel magic. Among the non-corrupted orcs are Durotan and Draka of the Frostwolf clan.

The story is actually pretty decent and does the source material fair justice.

As they invade the world of Azeroth, Draka gives birth and the baby isn’t really touched on until later. The story then focuses on the humans trying to fend off the orcish raiders while dealing with the dangers of fel magic on their own front.

The story is actually pretty decent and does the source material fair justice. There really is a lot that they try to shove in to a single movie and the experience does feel a bit rushed if you are familiar with the story the movie tells. There are plenty of little easter eggs hidden throughout the movie and I think that is something that fans of Warcraft will enjoy.

The visuals of Warcraft are stunning 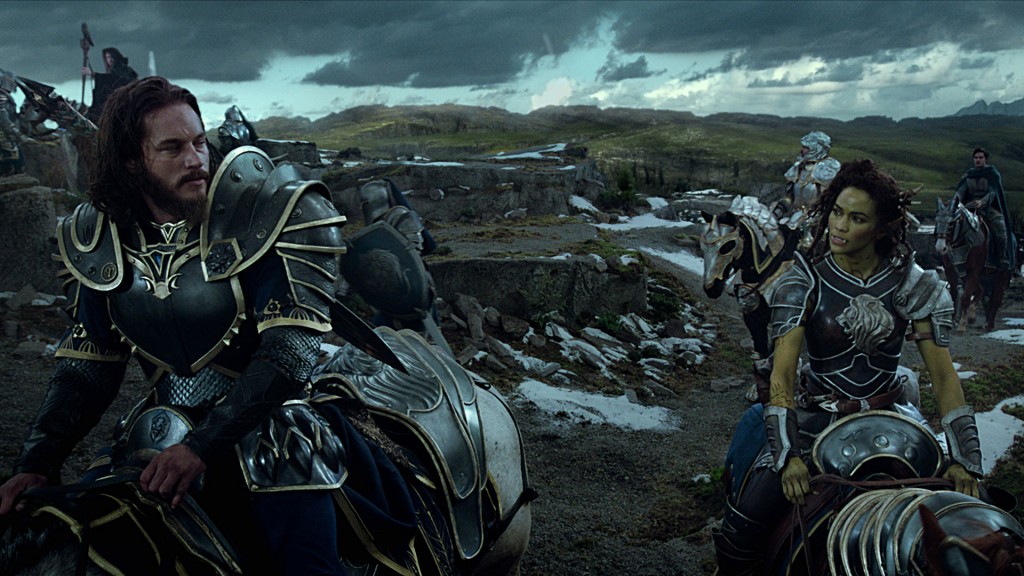 As far as what I thought of the movie, it’s amazing what CGI can do these days. The worlds of Azeroth and Draenor look incredible and the orcs look exactly like what you’d expect. I thought the film did a great job of telling a story that has been amended over the last 22 years but could have benefit from being longer.

I really hope we get to see these stories unfold.

I like that they set the stage for sequels that will obviously tell some of the more popular stories that the Warcraft franchise has to offer. We already have the stage set for Thrall, the fall of Karazhan and much more.

I really hope we get to see these stories unfold. It’s a movie I’m sure I’ll watch a few times with the kids.

The Warcraft Blu-ray is chock full of extra stuff

The Blu-ray special features and included items are actually very impressive. Of course, there are deleted scenes and extended scenes but there is also an incredible motion comic of Warcraft: Bonds of Brotherhood. At nearly an hour long, Bonds of Brotherhood is a prequel to the movie and tells the story or Lothar, Prince Llane and Medivh.

I read the actual comic at E3 but really enjoyed seeing the whole thing play out before my eyes. I’d actually recommend watching this feature before going and seeing the full movie. There’s also some stuff on how the movie was put together on a technical standpoint, if you like that sort of stuff, it’s right up your alley.

One final thing, as we are all about the gaming stuff, was what was included with the Blu-ray DVD. Inside the box werecodes for the World of Warcraft core game and the expansions up to (but not including) Legion. The unlock for Gul’dan in Heroes of the Storm and Medivh as a hero for Hearthstone. I felt that anyone that enjoyed the movie and wants to take in more of the world of Warcraft (see what I did there) can absolutely do so. Oh, the code for World of Warcraft also includes 30 days of game time.

All in all, if you like movies and enjoy video games, I’d recommend Warcraft for you. I feel this is probably one of the best video game inspired movies I’ve ever saw and as I said before, I hope to see a sequel (or 3) in the future.