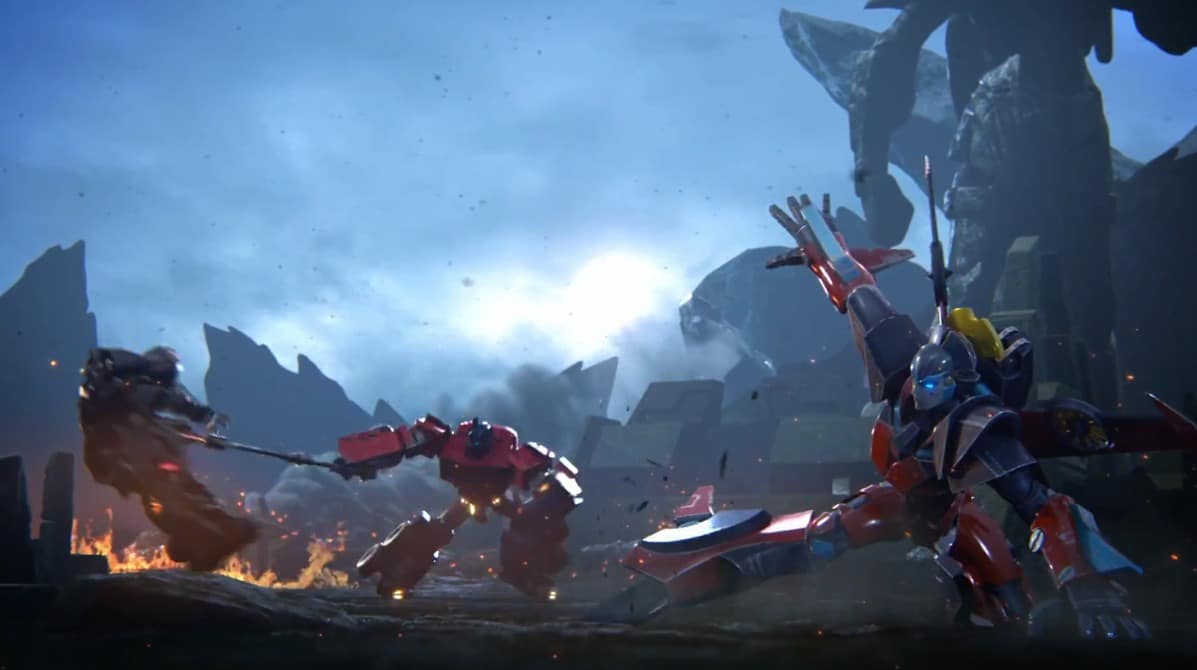 There’s a new Transformers game on the horizon and its coming straight to your smartphone. Transformers: Forged to Fight which was just announced today at PAX East lifted the veil on its first trailer, and by the looks of it, the game looks radically intense.

As with any launch trailer, the game shows the usual fighting sequences along with some narration from Optimus Prime. Check out the full trailer here to learn more.

Here’s what Kabam, the folks responsible for the game, writes in a recent press release:

“Transformers: Forged to Fight is a new 3D action-fighter and character collection game that gives players access to nearly every era of the franchise’s history, challenging gamers to assemble the ultimate team of Transformers characters, including Autobots and Decepticons from the animated TV series, blockbuster films, as well as fan-favorites from the Transformers comic book series and Hasbro’s line of iconic figures. As fans assemble their team, they will forge alliances, battle other players and dive into a unique storyline that goes beyond good versus evil.”