If you need another reason to hate cops, this video of a NYC cop verbally abusing an Uber driver might be it. 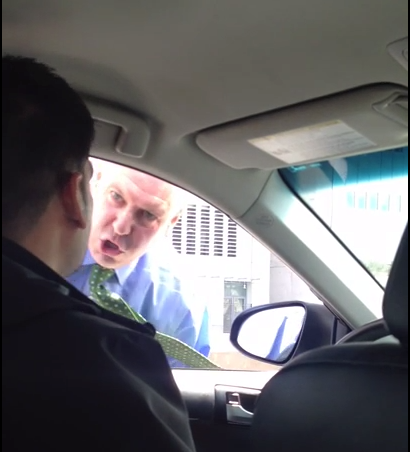 One thing is for sure, the cops in NYC are a force not to be reckoned with. This video of an Uber driver being pulled over in the west side of Manhattan is a perfect example.

According to one of the passengers in the vehicle, who later uploaded the video to YouTube, “the policeman was allegedly attempting to park without using his blinker at a green light. (His reverse lights weren’t on. Likely double parked without hazards on.) The Uber driver pulled around and gestured that he should use his blinker, casually and non-offensively.” From there, all hell ensued.

The cop viciously pulls up behind the Uber driver and directs him to pull over. This is where the verbal assault comes into play. Immediately the video starts with the cop berating the driver and blasting out profanities like it was a part-time job or something. When the driver has an opportunity to speak, it seems like whatever he says is not the answer the cop is looking for.

The video goes on like this for a few minutes, finally ending with what the cop calls a valuable life lesson: “Don’t do that again!” Yea, thanks buddy.