ISIS has found a new method to drop explosives on their enemies. It’s now in the form of grenades that are deployed from a commercial drone. 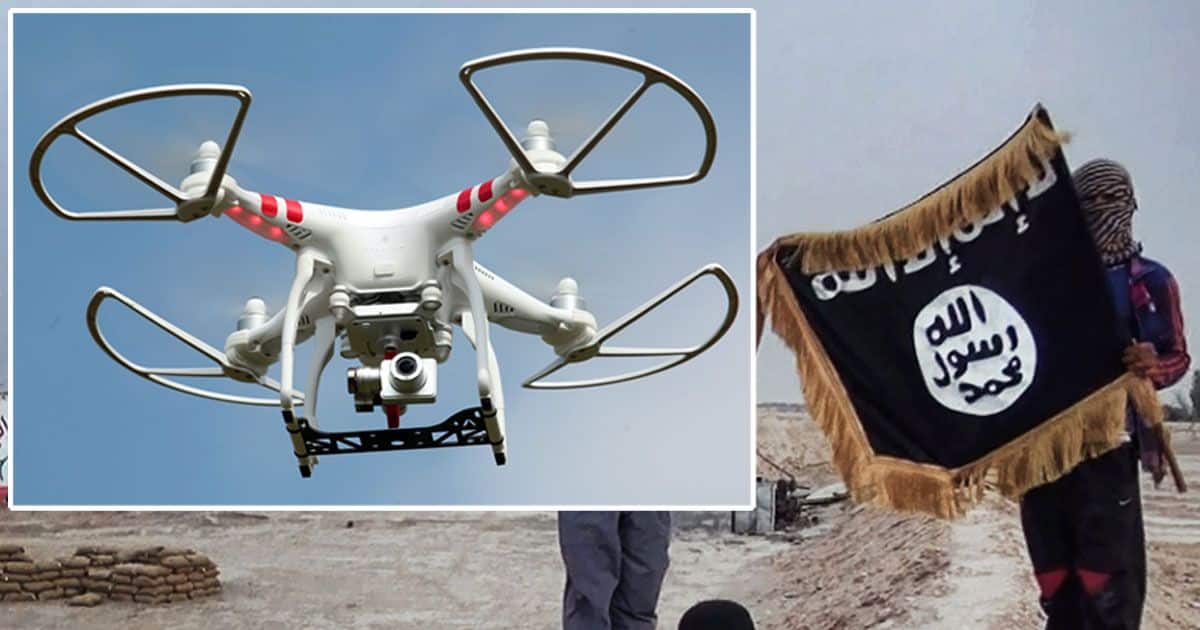 ISIS has found a new method to drop explosives on their enemies. It’s now in the form of grenades that are deployed from a commercial drone.

ISIS is now utilizing drones in their wave of terror.

According to a recent report from Engadget, a large city in Northern Iraq is seeing a new form of weaponry from the terrorist organization: commercial drones outfitted with grenade-sized explosives that can be released at the push of a button.

That’s right, ISIS is using quadcopters as bombers and new images out of Mosul confirm this. According to the report, “Kurdish media network Rudaw reported last week that the explosive-dropping drones have killed civilians and damaged equipment. So far, ISIS has not used these drones to deliver chemical weapons, Rudaw said.”

Nice shot of the improvised release mechanism ISIL is using to drop grenades from commercial off the shelf UAVs https://t.co/Lj8Ltx0arQ pic.twitter.com/KCuzhUbndb

Thankfully, Iraqi forces are utilizing anti-drone weapons such as radio-jammers that can intercept a drone’s flight controls which can successfully land the aircraft without the pilot’s consent. Apparently, this method has been used a lot bringing at least a dozen armed drones down to the ground, Rudaw reports.

Did we see this coming? You bet.