According to a recent report, older computer users are more susceptible to malware attacks than younger people. 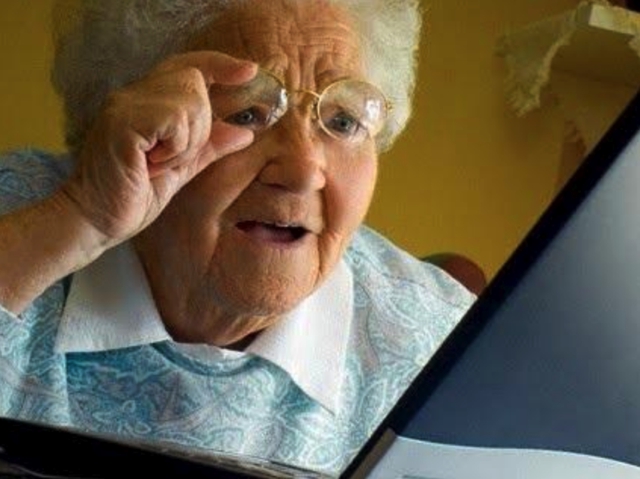 When it comes to being exposed to malware and viruses, who do you think is more likely to fall victim – the kid who spends every waking hour online, or your grandmother who just logged onto the world wide web for the first time over the holidays? If you guessed little Ms. Robinson from across the way, then you’re correct, according to data released by EnigmaSoftware.com, makers of SpyHunter anti-malware software.

According to a recent press release, “Enigma analyzed its SpyHunter infection reports for more than 2 million different infections in the last year, focusing on the ten U.S. cities with the highest median age and the ten cities with the lowest median age. Their data showed that the infection rates in the “older” cities was 161% higher than in the “younger” cities, which could indicate that older computer users are more susceptible to malware attacks than younger people. In some specific cases, the difference was even more drastic.”

The experts at Enigma believe older users may be more susceptible to malware attacks for a few reasons:

I got a chance to ask Enigma Software’s Senior VP of Technology, Patrick Morganelli, a few questions about the study and what users could do to better protect themselves. Check it out below:

What advice can you offer to the older users on how to better protect themselves from malware and viruses on the internet?

Almost all malware and viruses comes from clicking on hyperlinks that lead to either dangerous web sites or directly to the infections themselves. So the best advice is to simply “think about that link”. If an offer in an email sounds too good to be true, don’t click on it. If you get an online message that looks like it’s from your children or grandkids that you weren’t expecting and it contains a link, double check with them before you click on it. During the holiday season a common trick that scammers pull is to send fake messages that LOOK like they are from businesses and organizations that you are familiar with. For example you might get an email that looks like it’s from the Postal Service telling you to click on this link for tracking information on a package that is headed your way. Instead, that link takes you to an infection.

The other important thing to do is to have a trusted anti-virus or anti-malware program installed on your computer. It’s become a necessity.

What separates Enigma Software from all the other anti-malware software companies out there?

There are a lot of anti-malware options for consumers. We believe SpyHunter, made by Enigma Software, is the very best at detecting and removing even the most insidious types of infections. One key differentiator with Spy Hunter is our free Help Desk service, which can create a custom fix for individual computers with particularly nasty infections. If for some reason SpyHunter is not able to automatically remove an infection, the Spyware HelpDesk, an interactive feature integrated into SpyHunter, allows our technicians to remotely analyze your machine and directly deliver a custom fix to specific malware problems that may be unique to your computer.

In the past few years, malware makers have become much more sophisticated: both in terms of how tricky their infections are and in what those infections do. It used to be that viruses and malware simply caused computers to run slowly, or interfered with a computer’s settings. Now, those infections are helping scammers make money. Some infections will literally hold a computer for ransom: making all functionality stop until a victim pays money to free it up. Other infections will actually impersonate virus removal software: creating fake messages asking for payment to remove infections. The bad guys are getting bolder. And it’s up to all of us to be vigilant.