Looking for the new middle finger emoji in iOS 9? Chances are you won’t find it. Don’t worry, you’re not the only one who’s pissed. 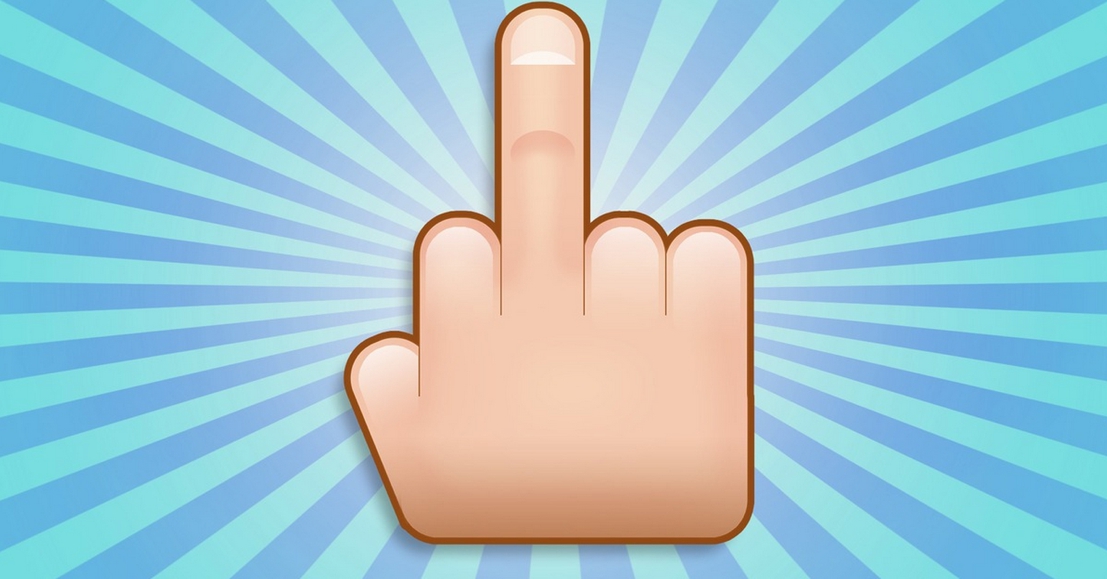 With the arrival of iOS 9, there’a lot of people out there scratching their heads at the absence of the middle finger emoji, something that was originally promised. Just as you would expect, no one is taking this lightly.

Sure, there’s a lot of other things people could be complaining about, like the refugee crisis overseas for example. But honestly, who has time for that?

So if you’re just as upset that you can’t flip someone the bird in iOS 9, see what other people had to say about it below:

" #IOS9 will have a middle finger emoji" https://t.co/UibrSHFVOq

How I feel about updating to #iOS9 and seeing no middle finger emoji pic.twitter.com/P15GuGnTRl

I thought the new emojis would be in the #iOS9 release 😢