Does the GAEMS M240 hold up? At 24″, isn’t a TV more reasonable for the price? There’s a lot of questions on the table here, and we’ll take a look at it all. 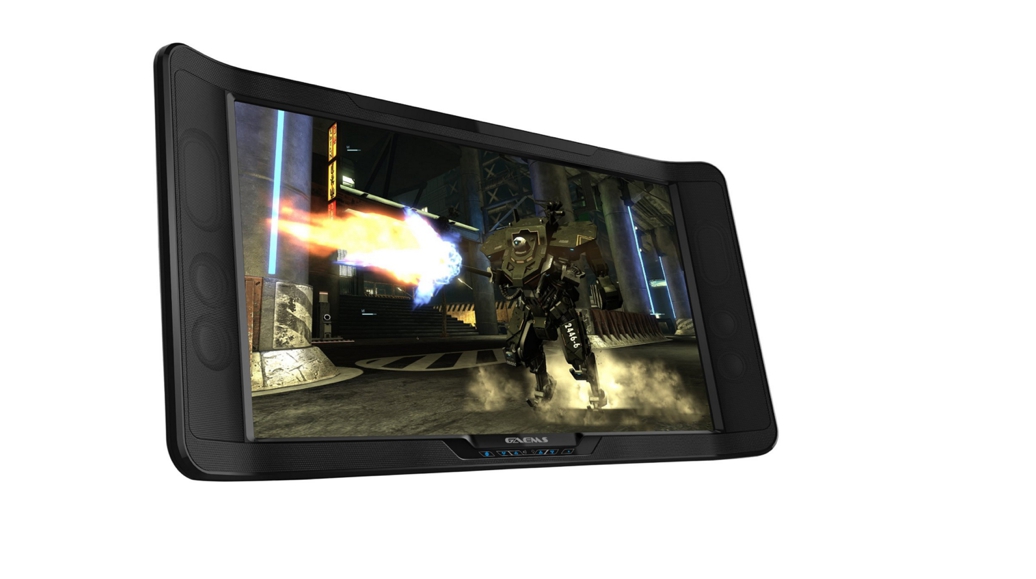 We had the chance this holiday to get a little intimate time with GAEMS’ cream-of-the-crop 24″ monitor. We included some brief thoughts on it in our Holiday Buyers Guide, but the time is finally at hand to actually dig into a full review on the GAEMS M240 as well.

Let’s take a moment to set the stage here; the M240 is more or less the culmination of everything the mad scientists at GAEMS have been working on over the last few years. At some point, however, we exited the realm of portable gaming environments and jumped into more of a traditional on the go lifestyle.

At first glance, the M240 box is quite formidable. As a matter of fact, this very well may be the biggest box I’ve ever seen a 24″ display shoved into. The size of the box actually spoils the surprise of the actual size of the monitor though. With the simulated surround sound speakers on the side of the monitor, and a full body to take a little road wear and tear, the M240 is a beast of a monitor. We haven’t even gotten to specs yet, but when I tried to use the M240 as my PC monitor, it took up a majority of my desk. This is cool, but also an issue. 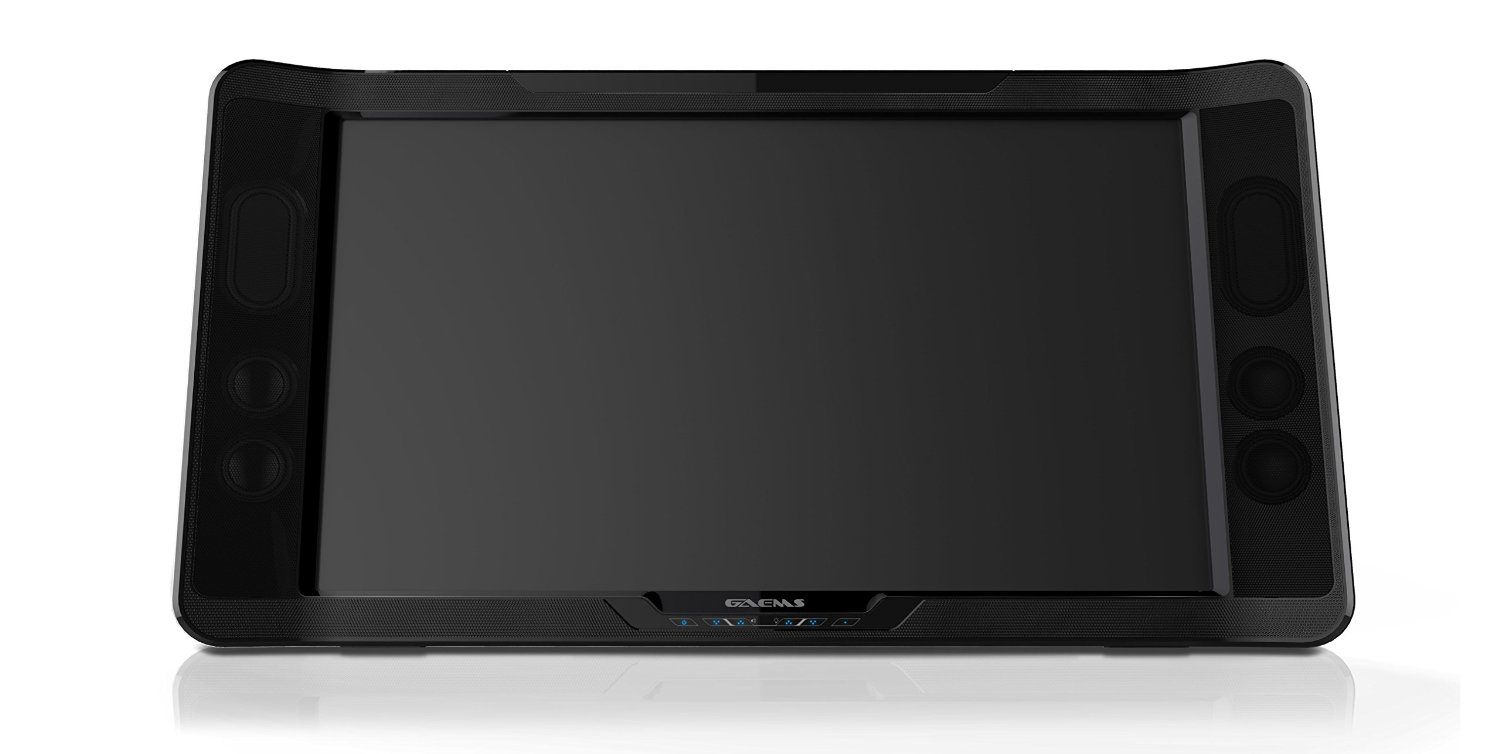 The M240 has this little handle/stand on the back of the monitor that allows you to carry the monitor around. I don’t see a feasible reason to use it other than the time I brought it to my parents house and grabbed it by the handle to carry it to the car. It still seems like the original intention is globetrotting, since there is also a cover for the front of the device, but it just doesn’t seem like it would be worth the effort when I already have a GAEMS Vanguard. Even if I didn’t, I’m not sure it is a justifiable idea to try to lug such a large monitor around at all. 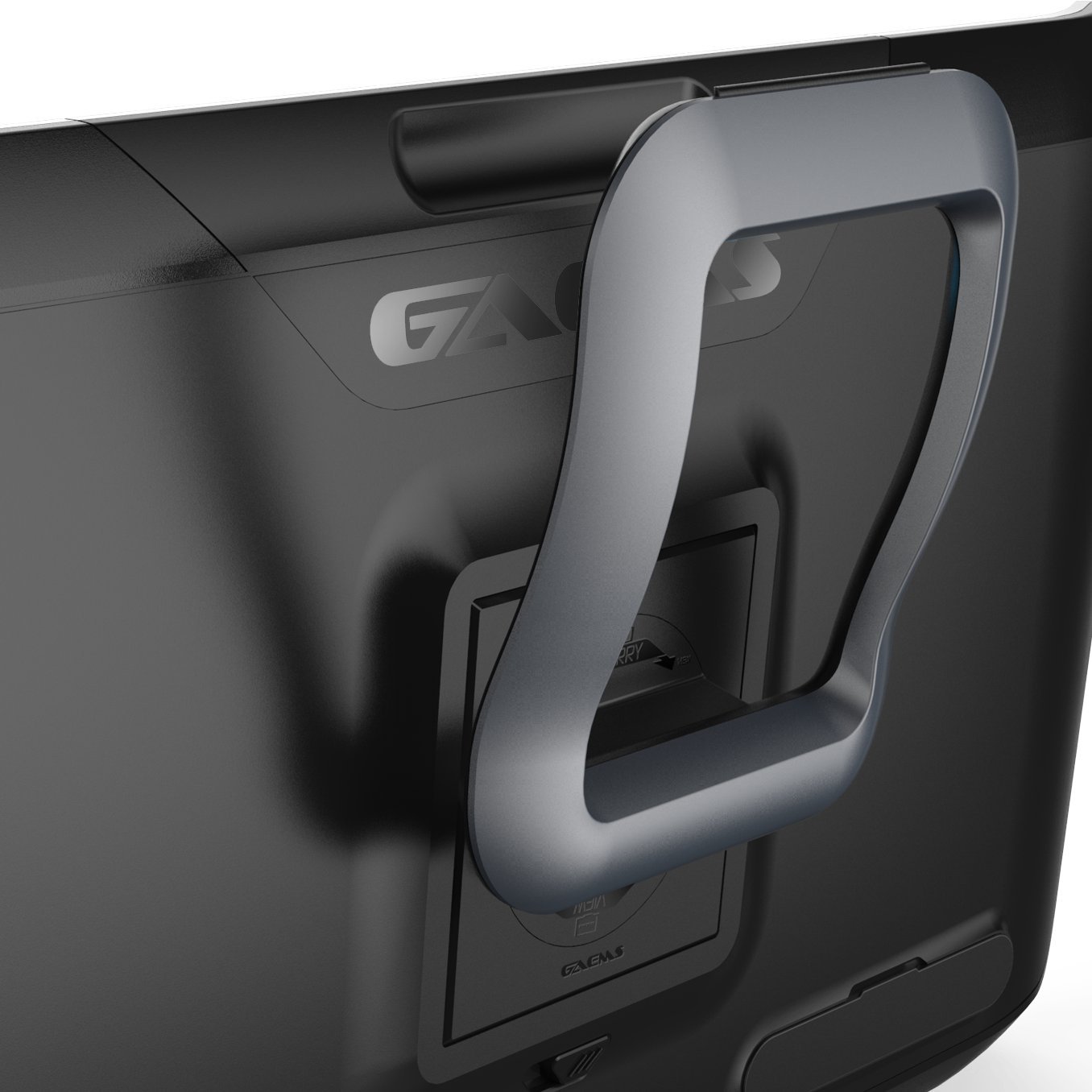 Nothing new when it comes to resolution

When I said that we were going to review the M240 on Twitter, one of the first comments I got back was someone telling me that they hope I enjoy gaming in 1080p and 60FPS. Well, being that my computer loves to overheat all the time and I have a crap monitor, and the consoles are at that point as well, I really don’t feel that the GAEMS M240 maxing itself out at the 1080p/60FPS limit is any drawback. If anything, it places it right at the current top of available monitors currently, without spending a $1000. 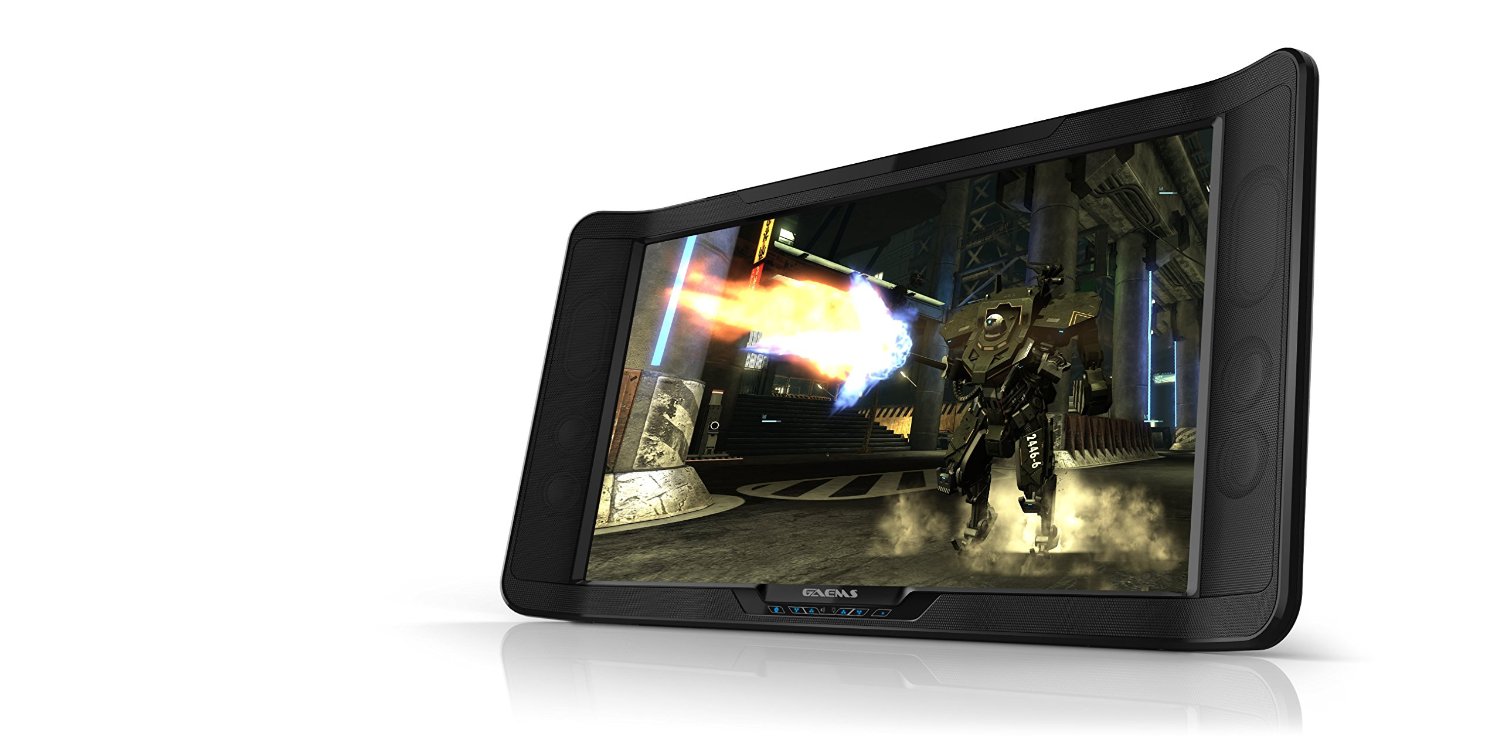 Realistically, you can buy a 1080p/60FPS TV for a bit cheaper than the GAEMS M240, but then you are missing out on the incredible lack of input delay and the speakers as well. If you are familiar with the GAEMS line-up, you do probably know that this is there first real jump into the full 1920×1080 aspect ratio, also making it the first 1080p monitor they offer. It’s progress. It may be a little hard to justify the price of the M240 is there are other options available, but the quality is unmistakable.

Interestingly enough, there’s some interesting connections on the back on the monitor as well. Obviously there’s the headphone connection, but the subwoofer and HDMI out are also intriguing too. I’m glad that there’s a subwoofer option for the M240 because the speakers are quite good. They can get really loud but I didn’t catch any distortion, even when I really pushed the speakers hard, a subwoofer will only boost this quality higher. The HDMI output can be used for quite a few applications, but a streaming setup seems to be the most logical. 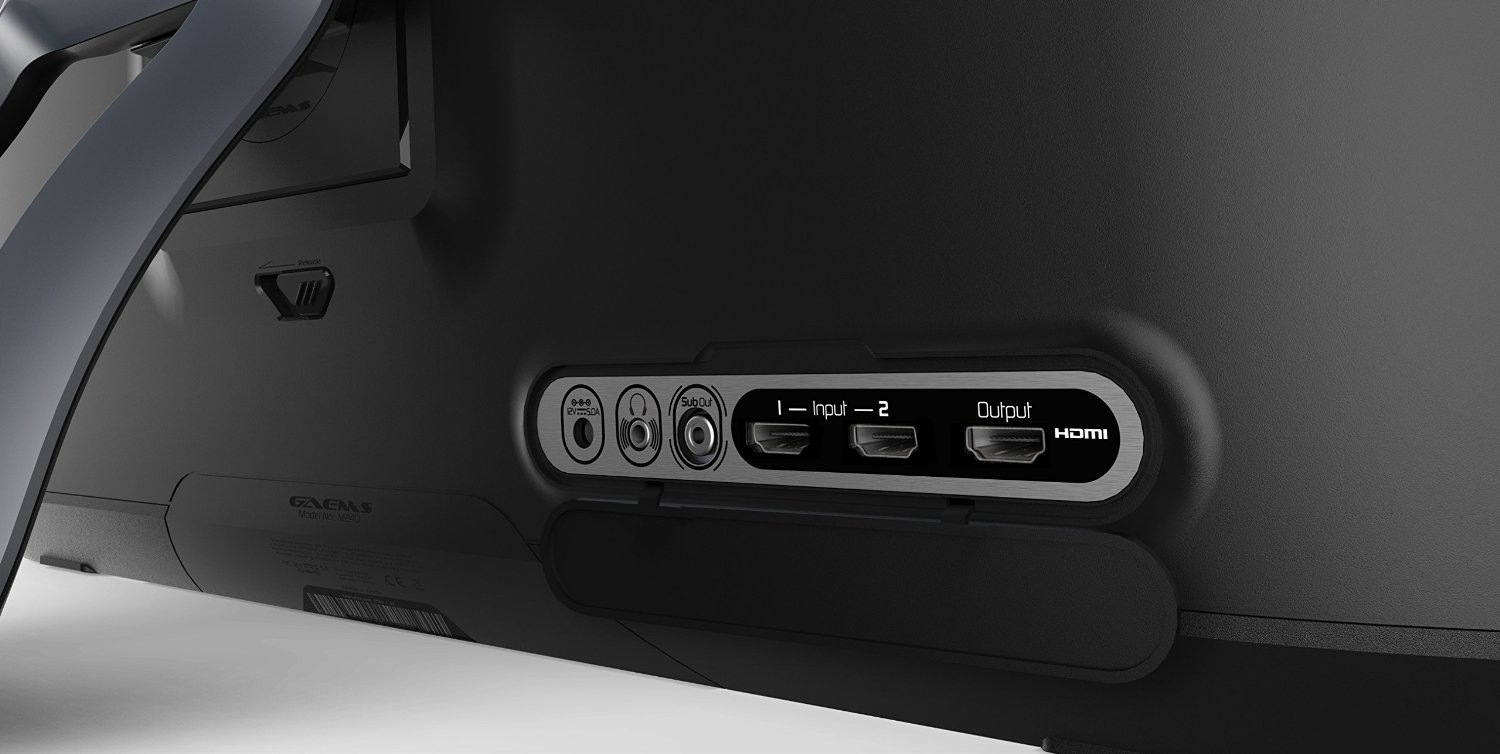 For laughs, I hooked it into a TV and it worked fine. This makes it a very useful item for events and even pro-gaming setups. I’ll tell you this right now: sitting in front of the M240 is a smallish room playing a game like FarCry 4, there was so much immersion off of the audio alone. You can fault the monitor if you’d like for not being bleeding edge, but the audio quality that is built in is unmatched.

At $399.99 the GAEMS M240 can be a tough pill to swallow. However, the flexibility of the monitor itself turns around and at least partially justifies the price. It functioned wonderfully as a computer monitor, worked great with my consoles and was portable enough to bring with me on a few quick trips. For what it was worth, I enjoyed my time with the M240, a lot. If I wasn’t saving up for plane tickets, I’d probably buy one myself, as I’m not getting into 4k anytime soon.

If this one doesn’t suit you, here’s an article on the best gaming monitor right now.

Reader Rating0 Votes
0
The Good
Lag-free gaming is something, especially when you are used to a delay
Built in audio is incredible
For the size, the M240 offers a great picture
The Bad
The price does cut a bit deep
As something that is considered portable, it's not all that portable
8.6
Overall
Related TopicsGameTechiereview