Review – Minecraft Story Mode – Episode 1: The Order of the Stone 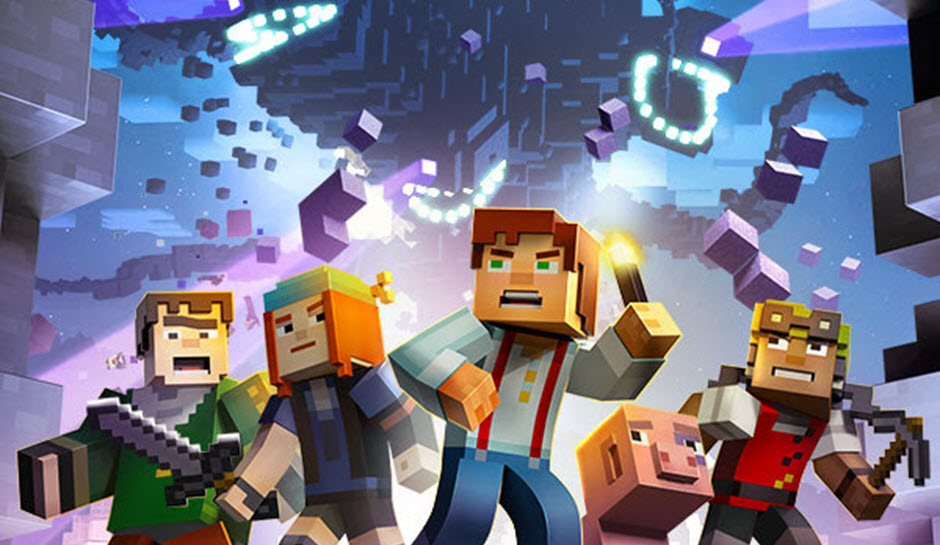 Telltale games have always been an enjoyable staple that I have been able to share with my wife. Since the games generally play out like a movie, it’s an entirely different change of pace to confer with her as the story plays out.

While I did indeed Minecraft Story Mode alongside my wife, this time it was my 7-year old son that wanted to sit and watch the game. As a Minecraft-kid, he’s all about this one.

When the game starts, you get to pick the identity of Jesse. I was pleasantly surprised that there were options for both male and female versions of Jesse, especially considering that while Minecraft’s Steve is the iconic face of the original game, Alex (a girl) was also included as a default skin. After choosing my preferred Jesse, I’m given a bit of backstory to the “Order of the Stone”, which is a fellowship of heroes that seem to basically do what it takes to “beat” Minecraft.

The game quickly goes into establishing Jesse and his friends as lovable social outcasts that all have their own quirks and areas of expertise. Immediately, you are given a few player options that will establish Jesse’s relationship with them.

After that, there’s a relatively easy sequence where you gather stuff for the upcoming build contest. At the contest, you are introduced to what would seem to be the would-be antagonists, The Ocelots, and Petra, the too-cool-for-school, character. They give you some chances to establish Jesse’s feeling towards these characters as well, before you get thrown into the thick of things when the real antagonist shows up. From this point on, the episode builds on plot points that deal a bit with bullying, friendship and even being the bigger person, all with Telltale humor and Minecraft in-jokes. Perhaps the biggest laugh you’ll find in the first episode is when Telltale shows a bit of self-awareness and flashes a message that “No one will remember that.” The story through the first episode is well written and character introductions make each character in the story interesting and well thought out.

The action sequences in Minecraft Story Mode are so far hit and miss, though. At several points in the game, there are timing-based moments where you need to hit something with a weapon. To the onlooker, they aren’t horrible, but the player. it’s nothing more than a needless pain in the ass. There are also a few moments where you need to maneuver Jesse around obstacles, but the game also throws in directional prompts as well, which make failure very possible if you aren’t prepared. Episode 1 ends with a tough decision to find one of the Order of the Stone in traditional Telltale branching story fashion.

The cast of character are great

Minecraft Story Mode really appears to be something marketed to younger players that love Minecraft, as there are things like conventions and little jokes for anyone that has sat in front of a crafting table before. I found the first episode amusing, but my son saw it as one of his favorite games given a new breath of life with a real story and characters within the world itself.

It’ll be interesting to see if Telltale can make this one as good as any of their last 3 games.

Reader Rating0 Votes
0
The Good
Well written characters and story
Easy enough for a 7-year old to play but fun enough for someone like me to enjoy
A great introduction to the series
The Bad
Some dialog options are way too long for a kid to read within a time limit
The action sequences leave a lot to be desired
A few inconsistent difficulty spikes will catch you off guard and restarting at least once
7.9
Overall
Buy Now
Amazon
Related TopicsGameTechieMinecraftTelltaleXbox 360Xbox One