Drop kicking normal Pikachu as a Luchadore Pikachu was a dream come true. 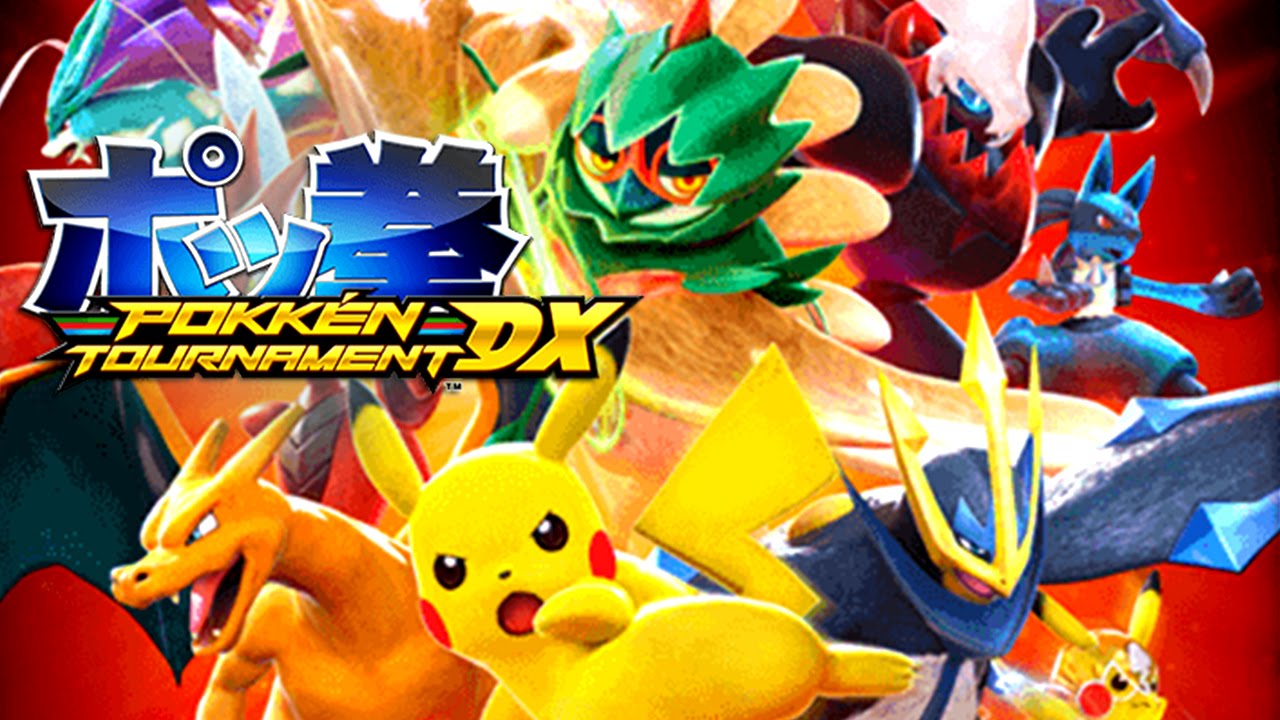 We all know Pokemon. The adorable pocket monsters from Japan has been a global phenomenon since their debut in 1996, so it only seems natural that their evolution (no pun intended) would continue to include games that are far different than the standard catch ’em all RPG we’re all familiar with.

Pokken Tournament DX is no stranger to this rule, so with the blessing of The Pokemon Company, Namco Bandai’s Tekken team struck out to create a “for real” fighter that allows you to battle these adorable monsters in the hard-hitting style of the King of Iron Fist Tournament. The result is a hybrid battle arena/2D fighter known as Pokken Tournament DX.

The roster is fairly decent sized and comes with the previously unlockable versions of MewTwo playable out of the box. On top of that, Pokken Tournament DX includes characters exclusive to the Arcade version, and a new character named Decidueye. For a Pokemon die hard, the character roster will most likely be pleasing, but I found myself asking who the hell the majority of these characters are.

I’ve only ever played Pokemon Blue, X, and Sun. Therefore, I recognized Pikachu, Charizard, Blaziken, Machamp, and Gengar (and Lucario from the last Smash Bros game) but didn’t know a sizable chunk of the roster. Where’s Bulbasaur or Squirtle? Roster choices aside, I did see more familiar faces in the support character choices (because Cubone is life), but I wish you could choose two supports instead of having to select from pre-assembled two support character teams.

When you look at the game from a fighting standpoint, mechanically it’s sound. The combat is basic enough that anyone can pick it up and play, but the phase stages really disrupts the flow of the fight itself. Changing from battle arena to two-dimensional is a good idea in theory, but when you can button mash your way to victory, the strategy involved in knowing how much damage you can deal before the phase transition takes away a lot of your fighting strategy.

I think the game feels more solid when you’re in close quarters 2D combat, but I wouldn’t have hated it had they stuck to an arena for the entirety of the game either. Switching between both interrupts the pace of the fight, and I often found myself slightly discombobulated when transitioning, especially if I had been getting my ass beat and got bounced off the arena wall. That’s been a death sentence in almost every single fight I’ve had it happen in.

Speaking of death sentences, Pokken Tournament DX could really use some character balancing patches. MewTwo is absolutely overpowered as all hell, and several other characters do obscene amounts of damage with far little effort or fear of retaliation. I can see why this game is starting to gain traction amongst the FGC, but it desperately needs some re-balancing.

Storywise, you progress through the Ferrum League against enemies that don’t ever really pose much of a challenge until you’re very far into it. I can appreciate the learning curve for newcomers, but I expected more of an arcade style story and progression from the Tekken team.

It’s good if you just want to jump in and kick a few asses before moving on to something else, but the online play is the bread and butter for Pokken Tournament DX. On that note, this game probably has the best online experience I’ve had on the Switch thus far. Netcode has seemed really solid and fights don’t take terribly long to connect or rematch.

The 3v3 battles are what make Pokken Tournament DX absolutely shine, and unlike being locked into your choices like you would be in King of Fighters, you can choose which Pokemon you take in which order which allows you a strategy for dealing with fights in real time.

There’s also a Pokemon Trainer avatar you use to represent the player, and you use the in-game currency to buy changes for how he or your companion teacher look. It’s ultimately all customization options that could have been unlocked from the start, and no one would have cared either way because you don’t ever really look “unique” nor do you look like you’re that much different from someone who’s just started for the first time. It’s literally just included, so you have something to do with your fight money.

While there are issues that hold Pokken Tournament DX back from being a must own game, it’s immensely fun to play. I’ve had a great time just blowing through NPC challengers, completing the daily rewards, and toying around in the practice mode just to see what all the super moves look like.

However, Pokken Tournament DX really shines in multiplayer, and it’s an excellent experience both on and offline. We played several matches in the office using a pro controller as well as the Joycons, and the split screen while small never felt unfair or cramped, and the framerate was solid.

Pokken Tournament DX is a gorgeous game and looks terrific on the Switch. If you’re a Pokemon fan and you like fighters,  you’ll enjoy the hell out of this one. If you prefer a more traditional Pokemon game, this one isn’t for you, but you might just enjoy it anyway due to the low entry bar.

Pokken Tournament DX is available on the Nintendo Switch and was provided for review by Nintendo.