Review: Tales of Berseria – It’s good to be bad in this Tales game

Think you know all about the Tales franchise? Tales of Berseria would like a word. 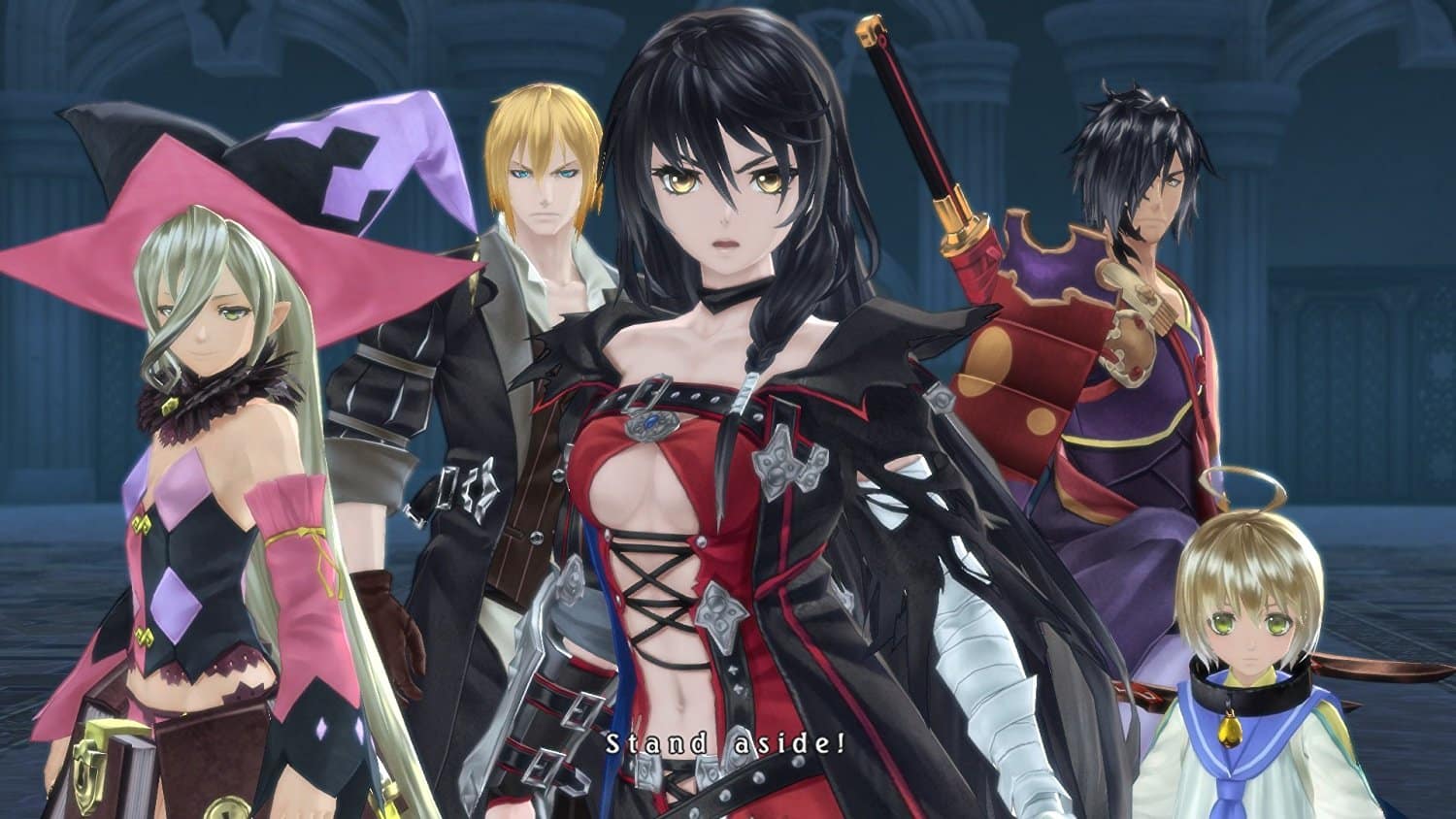 I’ve always been a fan of the Tales titles. I played through earlier versions with my brothers when we were all a bit younger and have gone out of my way to pick up the newer games as I got older. One thing I noticed was that the battle system always seemed to be inconsistent. It was something I didn’t look forward to trying to adapt to each time I picked up a game, and I was worried that Tales of Berseria was going to be another example of this. Especially since I got this one on PC to review from Bandai Namco.

The good news was, my fears weren’t valid, but how does the rest of the game fare?

Not your typical Tales story

Tales of Berseria tells the story of a young woman named Velvet Crowe, who starts out as a sweet girl that dotes over her sickly brother and lives to impress her master and father figure. She gets betrayed and her brother is sacrificed in a ceremony to purify the world. As the person most responsible for this is the one she trusted most, it doesn’t sit well with her and the rage and despair of losing everything turns Velvet into a demon. Unlike other demons, she feasts upon her own kind but has a hunger beyond anything else for revenge. Velvet wants to kill her old master and will do whatever it takes to make that happen.

Tales of Berseria takes on a much darker tone than any of the other games in the series.

This is a quick example of how Tales of Berseria takes on a much darker tone than any of the other games in the series. For the most part, Velvet is a destructive and irredeemable character. She doesn’t care who gets in her way, her combat style is erratic and reckless and through in-game dialogue, she makes it apparent that her thirst for revenge has destroyed the person she once was. This contrasts her from the usual protagonists of Tales games. Normally they are cocky and skilled and they grow to be better people on their journey. Velvet wants none of that. As a matter of fact, Velvet would almost be too unlikable if it were not for the fact that the supporting cast of humans, demons, and celestial beings keep her relatively grounded. It’s a bit cliche but I love the 50-hour Tales of Berseria’s story for it.

That supporting cast includes characters from the entire spectrum of moral alignment. This works well because almost all of them have some sort of issue to take up with the Exorcists, the church-like entity that acts as the antagonists to the story. These characters either encourage Velvet’s destructive behaviors, attempt to act as her moral compass or appeal to what little humanity she has left. They flesh out her character so well that by the end of the game, I would love to see her in another Tales title. If Lightning is Final Fantasy’s go-to female protagonist, Bandai-Namco just found theirs with Velvet Crowe.

Combat is key in Tales of Berseria

As I noted earlier, Tales of Berseria revamps the battle system from the last game I played in the series. That’s not to say that Tales of Zestria may not have been similar, but I haven’t played it yet. I really enjoyed how fast and fluid the combat flowed when I was in any battle that wasn’t resolved within the first 30 seconds. The combat system actually works so well, that I would excitedly find myself seeking out encounters. That’s something you can’t say for a lot of RPGs out there.

I really enjoyed how fast and fluid the combat flowed when I was in any battle that wasn’t resolved within the first 30 seconds.

Tales of Berseria’s combat system is based around the Soul Gauge, which is a fancy term for stamina. Meeting objectives in battle will allow your characters to build their Soul Gauge. This will help you build bigger combos and have access to devastating abilities. Before you expect to rush into battle to meet these conditions ad nauseam, your enemies also have objectives that will remove Soul Gauge charges too. You have to fight smart if you want to kick the most butt.

There are also Break Soul abilities that cost a slot on your Soul Gauge and will award your enemies a slot as well. I found that only using these when you need to is their best usage. Earlier in the game, I was reckless with the Break Soul system and created a lot of situations that were not in my favor. By the end of the game, I had become an absolute expert with the combat system and when Break Souls would best be used in battle. I loved the idea of a gambit like this which can blow up in your face if you aren’t paying attention.

Tales of Berseria’s presentation is a mixed bag

Tales of Berseria does a lot of great things, with that being said it also worth noting that this game was originally a PS3 game. I feel this is important to point out because no matter how sharp and crisp the game played on PC, I couldn’t help but feel like something was missing. Dungeons are small and paths are fairly linear, many Tales games are guilty of this. Unfortunately, there’s a feeling of emptiness that goes along with this. Every so often, an asset or texture seems off and zones and battlefields reflect the limit of power that the PS3 has. The good news is that the game runs at a minimum of 60 fps and is creamy-smooth, and outside of the feeling of emptiness, the game runs great. What is a little disappointing here is that the game can be absolutely breathtaking, it just seems that the limitations of the PS3 held it back and there wasn’t enough time to revamp everything for the western release.

Overall, Tales of Berseria shows a lot of growth for a series that really has had issues finding a strong foothold on the Western audience.

As far as music goes, this has always been something that Tales has always done well with and Tales of Berseria is no exception. The battle music is fast-paced and will get the blood going, while dungeons and villages are given great music that creates an amazing atmosphere within the game. If the game is a little visually disappointing, the soundtrack almost completely makes up for it. It may lack an iconic song like ‘Fury Sparks‘ but it gets surprisingly close.

Overall, Tales of Berseria shows a lot of growth for a series that really has had issues finding a strong foothold on the Western audience. I hope that the series’ growth here doesn’t stop and we see more stories with this level of emotion behind them and more characters like Velvet Crowe. I can’t help but feel like we may see a rebirth of the Tales franchise with the introduction of elements that will make it much more popular here in the US.

Tales of Berseria
Reader Rating0 Votes
0
The Good
A little cliche of a story, but emotionally engaging nonetheless
An enjoyable combat system with plenty of flexibility
Velvet Crowe is an awesome character that is incredibly unique
The Bad
Maps are painfully linear
Visually, this game cannot escape its past as a PS3 release
Seriously, the inventory management system is pretty dumb
8
Overall
Buy Now
AmazonGameStopBest Buy
Related TopicsGameTechiePlayStation 4Tales of Berseria