Review: Undertale – Most definitely not a bad time

It was only a matter of time! Here’s our review of Undertale! About a week ago, I got a random message on Twitter from a follower, it was simple and precise: “Pls review Undertale. 9.99 on Steam” was what it said. Oddly enough, I had recently saw a GIF of the game on Reddit, so I figured I’d Google up the game and see if it looked interesting. The trailer really didn’t do much to pique my interest but made me think that the game itself was some sort of Earthbound clone. I dropped the $9.99 on the game, since it isn’t all to often that someone asks me to check out a game, and dove in. 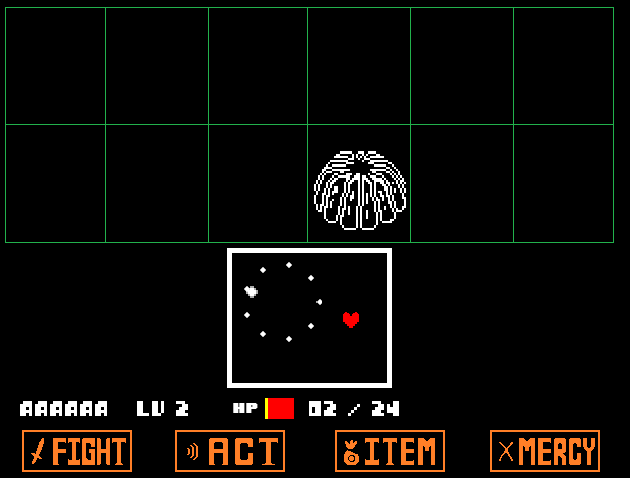 After my first 15 minutes with Undertale, my preconceived opinions were shattered. Any real comparison to Earthbound is cosmetic only (and probably intentional) while the game is completely and entirely something unique and different.

Graphically, Undertale can at first be completely underwhelming. Enemy sprites are generally monochrome, and at first don’t seem to move much at all. The maps initially seem painfully generic and lacking much substance as well. I actually started out wondering if this was all I was going to be staring at for the next handful of hours. Then, as I progressed through the game, enemy sprites and attack animations became much more detailed, the world became much more intricate and there were more unique characters and environments to see. Even new characters used new font types while speaking. The world absolutely came alive so slowly that I didn’t even realize it at first. I can’t help but thing that this slow growth is put into place to SAVE the player experience while sinking the game’s hooks into them. 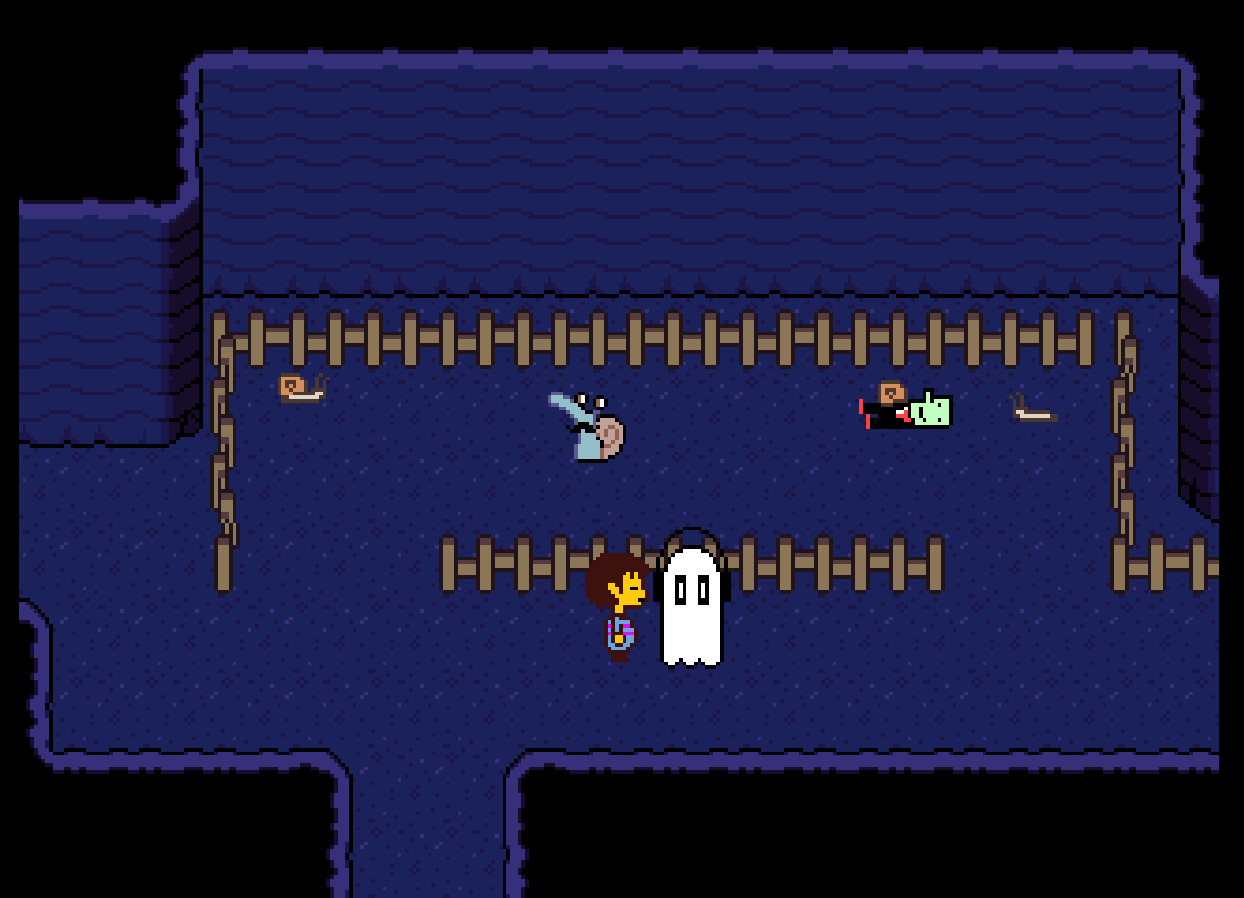 Soundwise, the same pretty much happens as well. This is because the game relies so heavily on the audio presentation to carry the majority of the graphical presentation. The soundtrack becomes less beeps and boops to more instrumental. I could write a whole story about the soundtrack to this game, but to save some time, it simply is one of the best video game soundtracks I’ve ever had the pleasure of listening to. The rest of the game’s sound effects are so engrossing that my memory of any scene in the game is far more detailed than anything that ever happens on the screen itself. The boss FIGHT songs really are some of the best you can find and tell incredible tales without words.

Playing the game is also equally surprising. The habit of smashing the FIGHT button to breeze through random encounters is quickly replaced with ways to end conflict in non-violent solutions… or not. Avoiding enemies attacks are wonderful because each enemy has different attacks that have you avoiding them on-screen like it’s some sort of shoot-em-up. The whole bullet-hell aspect of enemy attacks is unique and compelling, I’m surprised that Toby Fox was the first to consider this mechanic. 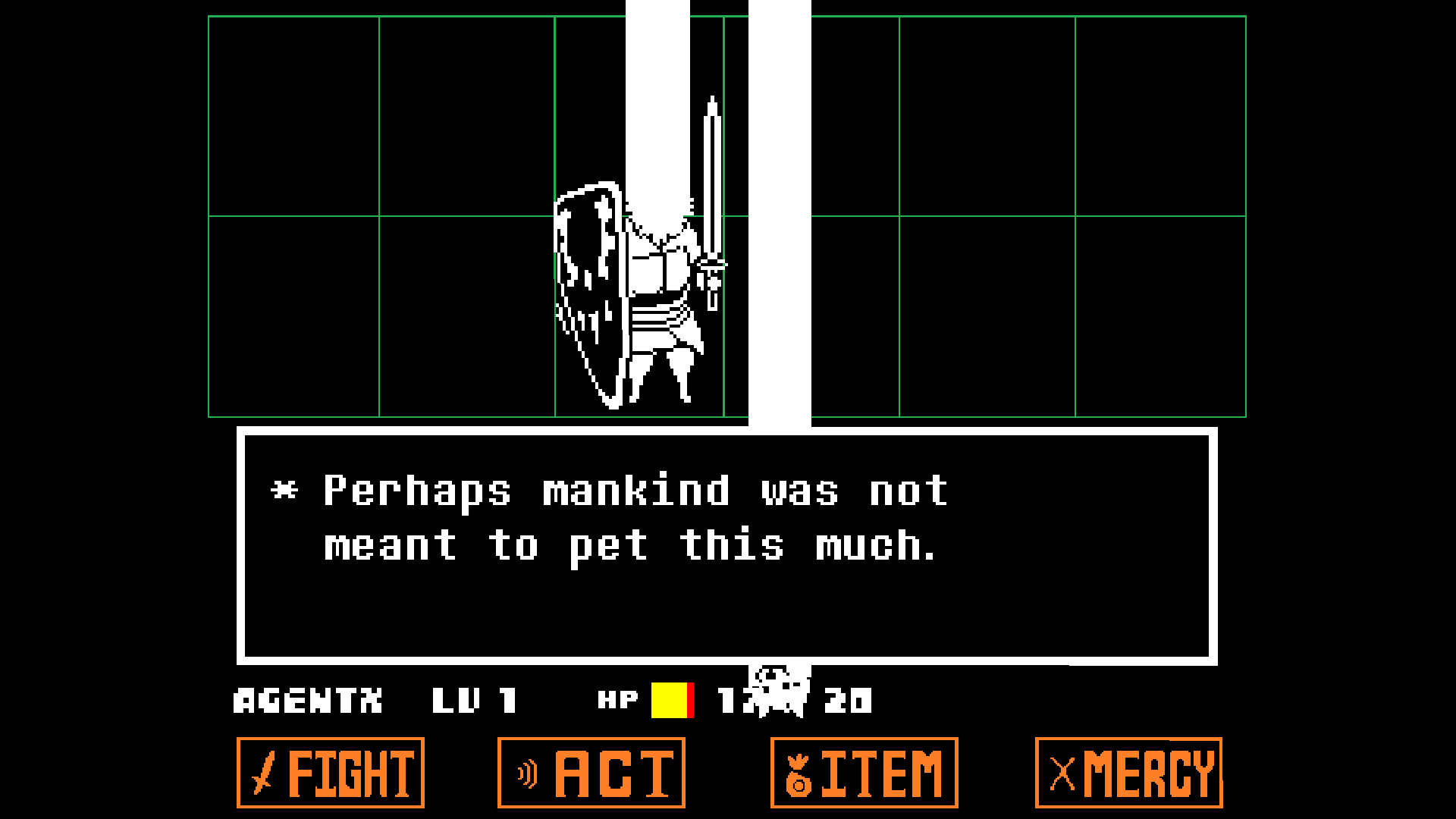 As Undertale is an RPG, I really expected some sort of tired and contrived plot. Evil overlord trying to conquer the world? Scheming villain trying to gain godlike power? Teenage friends using the power of friendship to defeat God? Undertale has all of these elements, yet none of them at the same time. I really would like to explain in detail, but one of the most magical parts of this game is the initial experience overall. I’ll get to that in a minute. What I can say about the story is that it is engrossing and characters are so well written, yet simple, that you’ll find yourself emotionally invested in their motivations, unless you completely lack a SOUL.

Now, Undertale is more than a ride from point A to point B. There are multiple endings to the game. Depending on how you play Undertale, the experience changes as well. When I first started the game, I killed an enemy or two because that was simply what I was used to doing in an RPG. Realizing this was a mistake, I reset my game and started over. Later in the game, a character chastised me and essentially called me a coward that couldn’t live with the consequences of my actions. Did the game realize I restarted? Yes. It did. That’s the beauty of Undertale, your experience will shape the game you play. For such a basic looking game, this is a concept that wasn’t expected in the slightest. 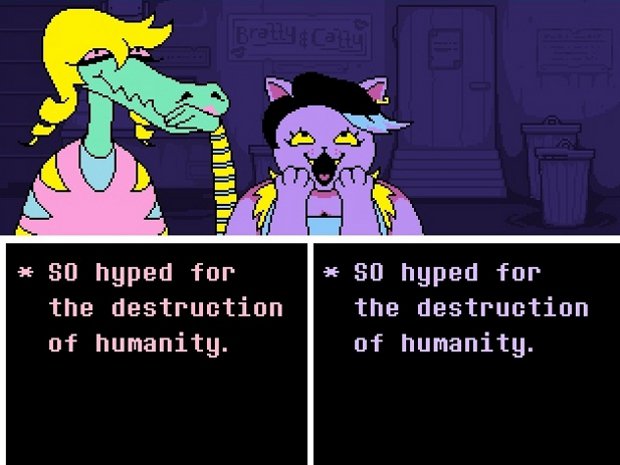 It’s been so long since a video game has made me feel real true emotion. It’s not just the experience of a good game, it’s the emotions I put into meeting and nurturing relationships with characters, making decisions knowing they’d judge them and going forward from there. I hated the main antagonist of the game, I wanted to see him punished and beaten, yet in the end I also didn’t want to stoop to his level either. In fact, I felt myself identifying at some level with each major character in the game. When I got to the end of the game, I stopped playing because I realized my journey really was over, which meant these characters’ stories were as well. I managed to get the best ending of the game, when I went to try another path, a character pleaded with me to not replay the game and take away their happy ending.

That’s the thing about Undertale, there really isn’t a weak spot in the game. With masterful story writing, epic music, awesome gameplay and enjoyable puzzles, you organically move through the game until you reach the finale you earned. Undertale looks cheap and simple at a cursory glance but in the end turns out to be one of the most detailed games I’ve played in my entire life.