The reviews are in, here’s what the critics have to say about the all new Samsung Galaxy S7 and S7 Edge. 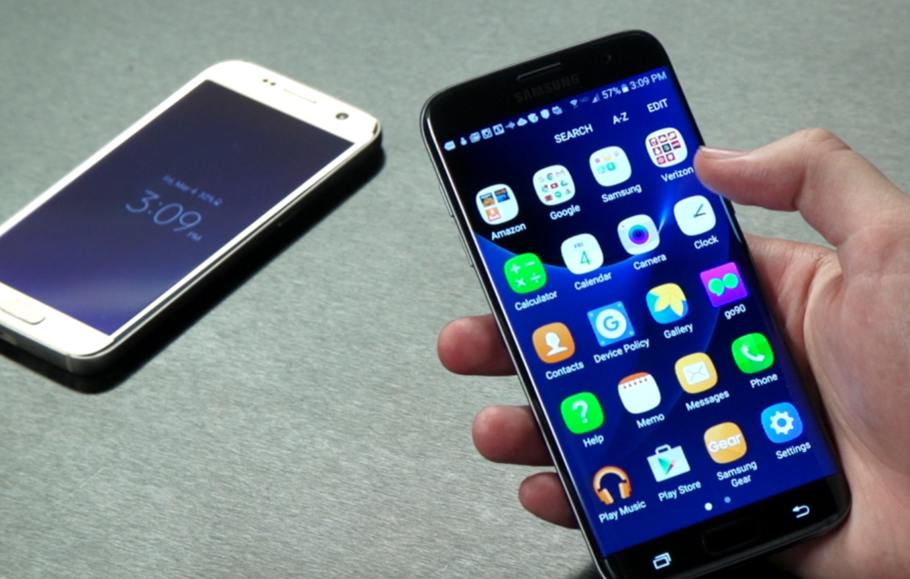 The reviews are in, here’s what the critics have to say about the all new Samsung Galaxy S7 and S7 Edge.

Samsung’s Galaxy S7 and S7 Edge is set to be released to the public this week, and as expected, the first reviews are in. But before you rush out the door and drop a serious amount of cash on one on these bad Larry’s, wouldn’t you like to hear what some of the leading voices in tech have to say about it?

Unfortunately for us at KnowTechie, Samsung never provided us with a review unit (it’s probably lost in the mail or something), so we decided to round-up some of the most notable critics thoughts on Samsung’s latest smartphone. Here’s what they had to say….

“I am perhaps more mindful with my battery saving techniques than most but I was very impressed by the improvements I saw in the S7 line in regards to battery life, both phones did stellar jobs of lasting me through the day in light of Screen-on Times floating around 6-7 hours.

Sadly, my testament in the video of not having hit 0% fell short more recently after some inspired bouts of pretty extended Gear VR gaming, but in average use the phones pranced from morning charge to evening charge without a sweat which is something I couldn’t always say for the S6 edge.”

Walt Mossberg of Re/code hails the the phones camera, build quality and design. But when it comes to Samsung’s infamous bloatware, well, we’ll just let Uncle Walt describe it in his own words:

“Overall, the new Galaxy S7 models are excellent phones for buyers who can afford them. Their build quality, design and cameras put them in the same ballpark as the iPhone. But the needlessly confusing software bloat and the clumsy Edge settings I found on the Samsung devices still leaves Apple in the lead, in my opinion. And that’s despite what I perceive to be a gradual decline in the quality of Apple’s software.

Still, everyone shopping for a premium smartphone should consider the Galaxy S7 and S7 Edge. And for premium shoppers who are already Android or Samsung fans, choosing them is a no-brainer.”

Chris Velazco of Engadget says the Galaxy S7 is one of the finest phones he’s ever tested:

“They may not be revolutionary, but Samsung’s new Galaxy S7 and S7 Edge are powerful and well built, making them worthy sequels to what were previously its best-ever phones. More important, there are now distinct reasons to buy each. The S7 is one of the finest phones I’ve ever tested, while the Edge has the screen and battery to (mostly) satisfy mobile movie buffs and phablet diehards. That said, I was hoping for a bigger boost in longevity, considering the size of this year’s batteries. And the cameras, while generally very good, aren’t an across-the-board improvement over last year’s.

Even so, if you’re in the market for a new, not too big Android phone, your search should start with the Galaxy S7. And if you’re a sucker for style, as I know many of you are, the S7 Edge does a good job balancing power and prettiness. Though these are just the first of several flagship phones to arrive this year, we can already say that Samsung’s latest offerings are well equipped to take on the competition.”

Dan Siefert of The Verge suggests that the Galaxy S7 Edge is one of the best Android phones on the market:

“The S7 and S7 Edge aren’t perfect — the software still lags behind the hardware — but they get the basics right: great screens, great cameras, great performance, and reliable battery life. They also have eye-catching designs and premium materials — the level of polish on these devices is unmatched in the rest of the Android world.

The result is that the S7 Edge is easily one of the best phones I’ve ever used, and probably the best Android phone you can buy right now.”

Steve Kovach of Tech Insider says this phone is the first device someone in the market for a new smartphone should look at first:

“The Galaxy S7 is Samsung’s best phone yet, and easily a strong contender for the best phone available today. If you want an Android phone and don’t mind spending a lot of cash (you can get a lot of great Android phones for about half the price of the S7), this is the first device you should look at.”

Darren Orf of Gizmodo says this is the closest Samsung has come to making the perfect smartphone:

“It looks great. Feels great. Lasts forever. Has a stellar camera. Packs in every conceivable piece of technology you could possibly want. And the entire thing is waterproof (up to five feet deep for 30 minutes). The Galaxy S7 is the best Android smartphone I’ve ever used.

It is all about refinement—fixing what was broken with the S6 while packing in more and more cool stuff. It’s not perfect. A set of dual lens cameras could capture more, the always on display could have third-party support, and faster loads times would be appreciated. But this phone is the closest Samsung—or any other phone maker—has ever come to making the perfect smartphone.”

So to sum it all up, it seems like Samsung nailed it out of the park with the Galaxy S7 and Galaxy S7 Edge. As you can see above, the proof is in the pudding. Is it an iPhone killer? Probably, but we’ll just let time decide the winner on that.

The new Galaxy S7 is available for pre-order now. The S7 goes on sale March 11 and starts at $650. To learn more, click here.