The Galaxy S7 launches February 21st, but an Indonesian Samsung YouTube gives us an early look. 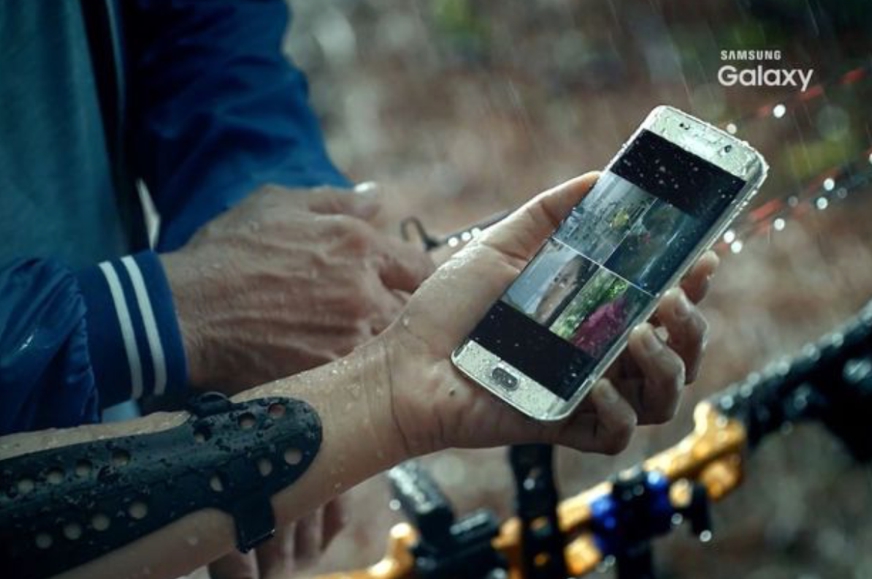 The Galaxy S7 launches February 21st, but an Indonesian Samsung YouTube  gives us an early look.

If you’re a Samsung fan and have been eagerly waiting for the release of Galaxy S7, then you’re in luck because a leaked teaser video of the phone has just surfaced online on the company’s YouTube channel.

Judging from the video above, it seems like the phones in the video seem to be the Galaxy S7 and Galaxy S7 Edge. Again, not much info to go off here, but judging from the rainy segment in the footage it seems like Samsung is hinting at a waterproof phone. On top of that, it appears the phone has a flat back, confirming rumors that it would ditch the protruding camera hump.

To add to all the stuff we mentioned above, another part from the video that caught my eye was when the phone was being shown on a wireless charging pad, suggesting the idea that the Galaxy S7 will also have wireless charging powers, just like Galaxy S6.

Samsung will unveil and provide us with more info about the Galaxy S7 during a special press event on Sunday, February 21st, with the phone expected to hit stores as soon as March 11th.