It only took 1 million downloads until Google figured out something wasn’t right. 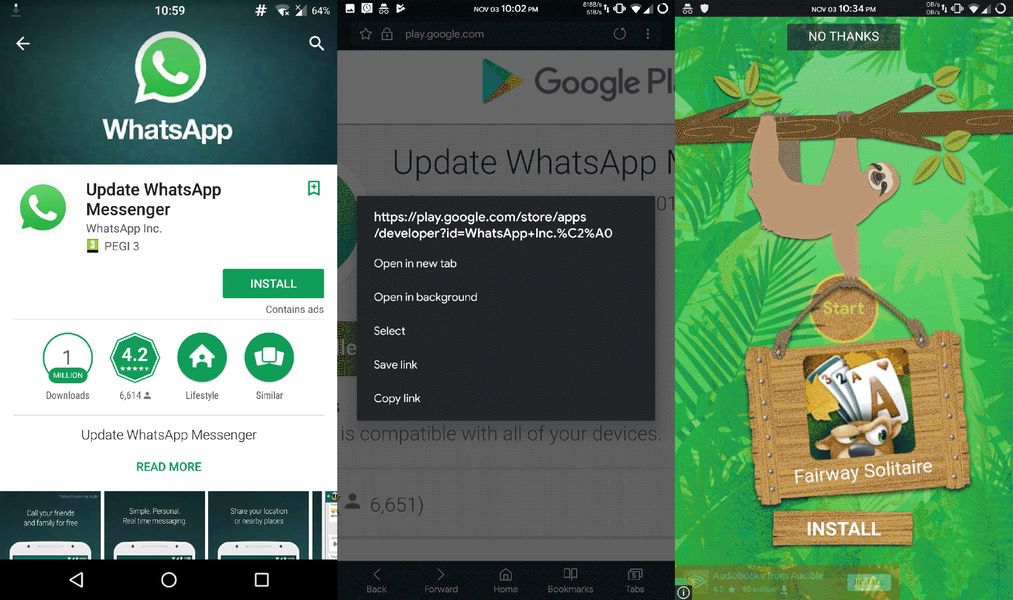 Over the weekend, Google removed a fake version of WhatsApp from the Google Play Store. The damage has been done because it was reportedly downloaded over 1 million times.

The app, which was called “Update WhatsApp Messenger,” looks as if it was developed by the folks behind the popular messaging service,”WhatsApp Inc.”.

Reddit users were the first ones to notice something wasn’t right. After digging through the app’s source code, users found an invisible character at the end of the developer’s name, making it seem like the WhatsApp team developed it.

If you or someone you know downloaded this fake version of WhatsApp, delete the app immediately. Regular users of WhatsApp will not be affected.