This guy transformed a drone into a Star Wars TIE Fighter

When you have a little too much time on your hands, magical things like a drone outfitted as a Star Wars TIE fighter happen. 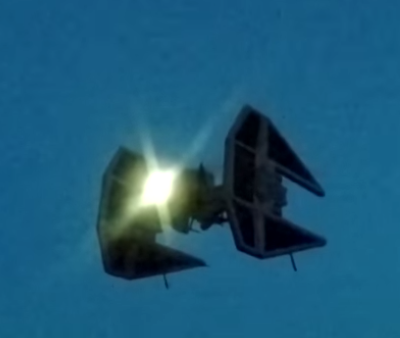 Drones are cool, but do you know what’s even cooler? Drones outfitted to look like a Star Wars TIE fighter. A little while back, a hobbyist out of France named Olivier_C built a Millennium Falcon cover for his drone that took the internet by storm. This time around he’s built a second quadcopter and modeled it after the TIE interceptor from Return of the Jedi.

The drone used in this video was a Prophecy 335 and took roughly 15 hours to design, not to mention all the hours it took getting the thing to fly. “At least 14 propellers were sacrificed for the cause — including a few that sent carbon shrapnel shooting into the walls of his garage” reports TechCrunch.

If TIE fighters don’t float your boat, check out his video of his Millenium Falcon below: