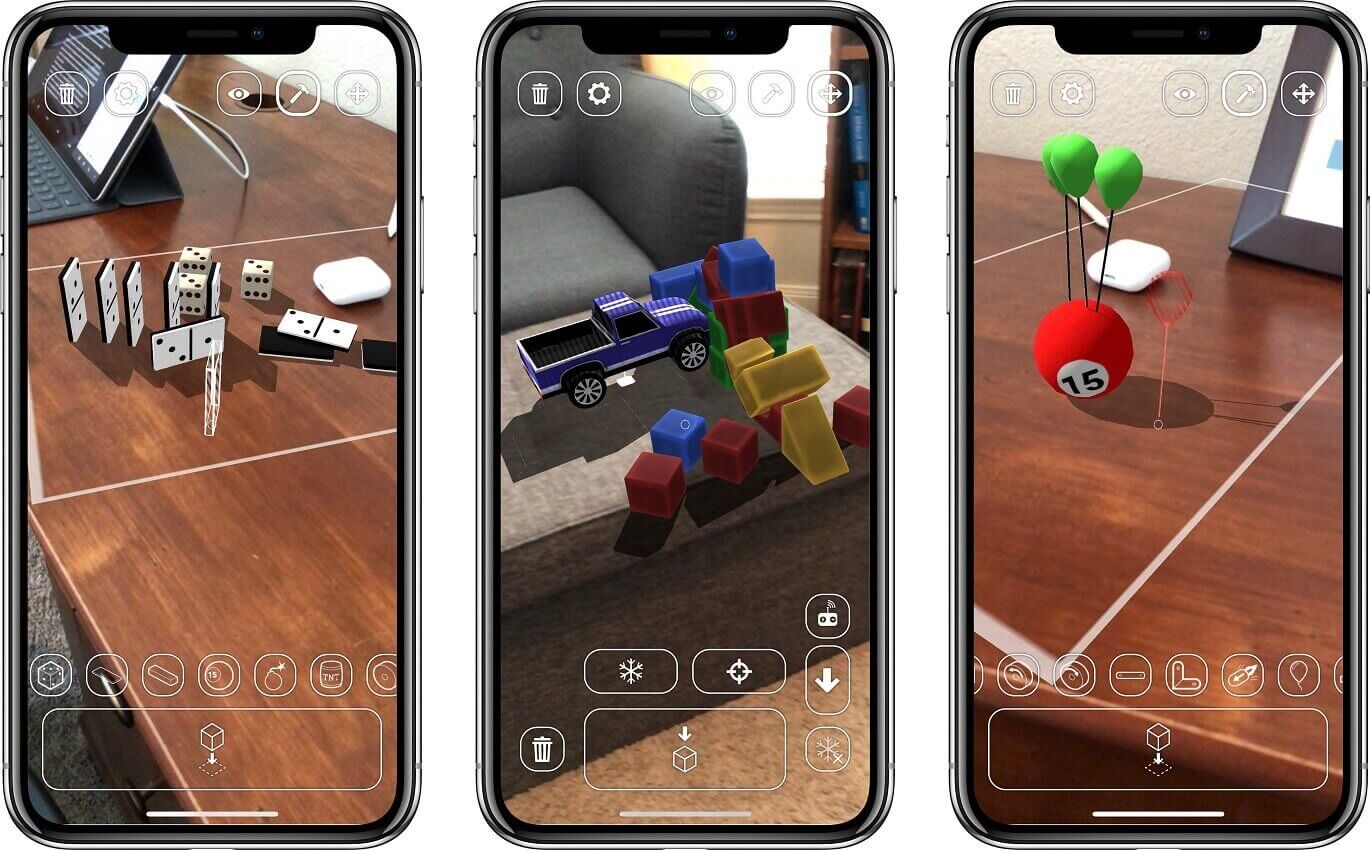 AR technology continues its rise into mainstream applications, with gaming being one of the most obvious uses of the technology. Tools like ARKit from Apple are helping make the process of creation easier, and a great example of that is the mobile iOS game Playground AR: Physics Sandbox.

The app holds true to its namesake, offering gamers the chance to use augmented reality to place blocks, ramps, cars, trucks, and helicopters into the real word. Simply scan the area you want to play (I used my coffee table) and start setting up sick jumps for your RC car. The app also has explosive barrels and comets that you can deploy to wreak havoc on your little creations, with physics being used to make the objects react appropriately.

The game was developed by Marc Sureda, who stated in a Reddit thread about the game that this was his first experience with developing an app for iOS. Quite an impressive first showing, so it’s exciting to see what else they will come up with in the future.

The most recent upgrade to the game, and the one linked above, is the ability to drift your vehicles around the map, and let’s be honest, every driving game ever is more fun when you’re drifting.

Playground AR: Physics Sandbox is available now and will set you back $1.99.

What are your favorite AR games? Did you try this one out? Let us know what you think in the comments!

Sinemia gives MoviePass a gut punch with a $4.99 per month subscription plan
theVRkit turns your smartphone into a full 360-degree camera