Now this is what you call a real hoverboard. 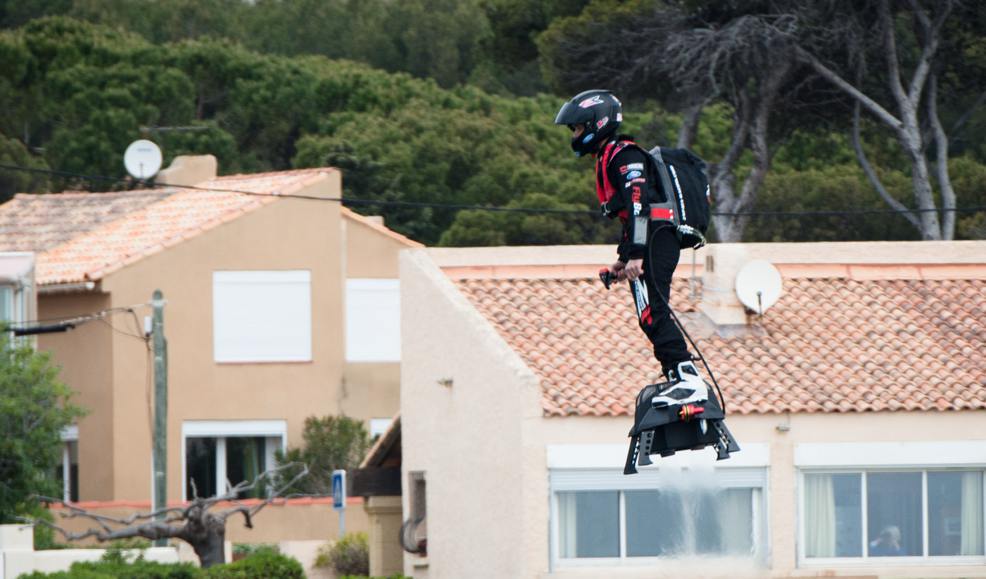 Now this is what you call a real hoverboard.

While you were lying low over the past weekend, “Flyboard Air” inventor, Franky Zapata, took his hoverboard and flew an unbelievable 7,388 feet at an event in Sausset-les-Pins, France, officially setting a Guiness World Record.

Now, this isn’t some pretend hoverboard. This thing is the real deal.

Here’s some of the key details:

If you’re interested in grabbing one for your own, get in line. There’s still a bunch of work left to be had on this thing. However, according to Engadget, seems like they’re getting the commercial treatment first:

Zapata has already been approached by numerous companies, and thinks the Flyboard Air would be useful for government and security forces. He’s even working on a more advanced design that would be easier for the general public to use.

Zapata promises more videos are on the way. Until then, we’ll have to patiently wait.