Video showcasing what happens when a few people from Tumblr think they can organize a con. The disaster that was Dashcon 2014. 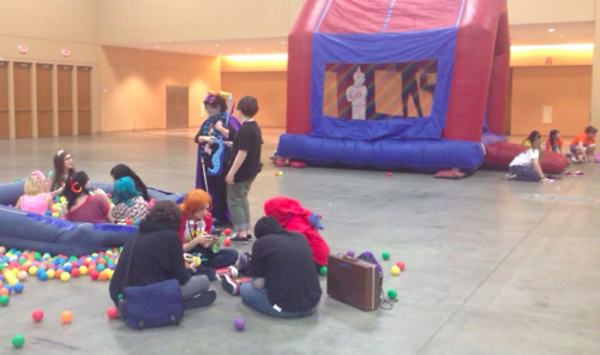 Is this a South Park episode? No, this attempt of a few people from Tumblr trying to organize a fan convention called DashCon is the purest example of what happens when no adults are put in charge.

The event was promoted to be a smash. Panelists were lined up lined up for thoughtful discussions. Parties and networking events were advertised to be the biggest rager of the year. And wait, did I mention the ball pit!?

But then reality hit the organizers like a 401 error page. Everything fell apart.

According to one of the organizers in the video, the hotel abruptly demanded upfront payment for the use of their venue. $17,000 to be exact. Celebrity panelists caught wind of this train wreck and eventually just walked off from the show.

In one point of the video, one of the organizers asks the cringeworthy mob: “if everybody would like.. like collectively groan inside together… on 3…” Immediately one attendee screams out “give me back my money!” My hero.

So to make up for the shit-show, organizers reimbursed attendees with an “extra hour” in the much acclaimed ball pit. But yet again, attendees were let down when they discovered the ball bit to be nothing more than a deflated kiddie pool with 40-50 balls. Words can’t even describe this cringeworthy sight, so I’ll just drop this here:

What’s your favorite part? Share them in the comments!