What happens when you equip an RC Plane with a turbine engine? The Need for Speed. 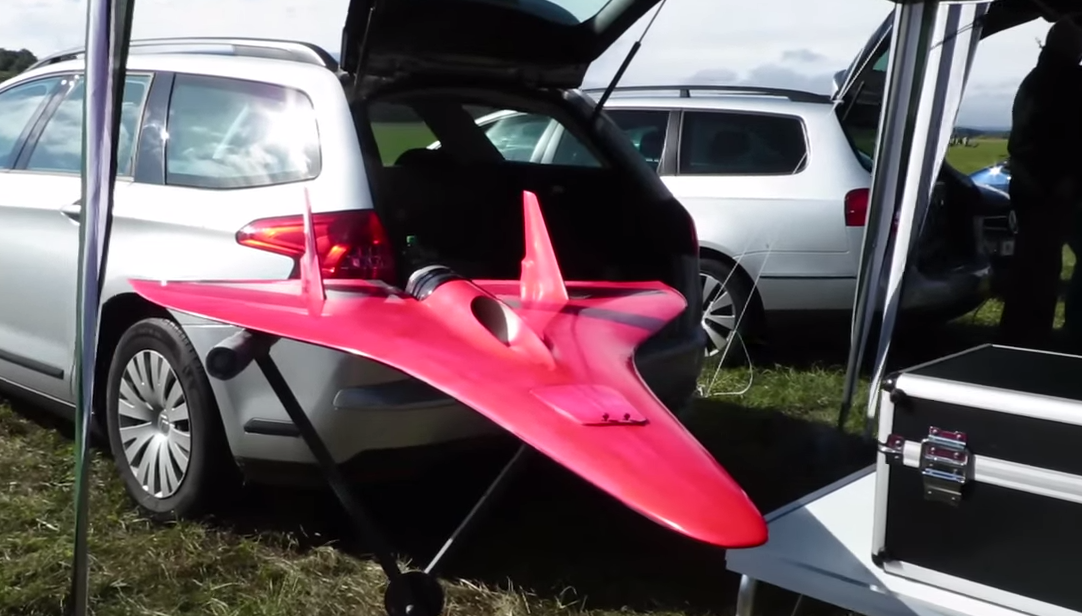 Here’s a good way to get your name in the Guinness Book of Records: design and build an aircraft that’s capable of maintaining speeds of 400 MPH. That’s it!

Well, that’s how Niels Herbrich decided to imprint his name in the constantly-growing record book.

The fastest remote-controlled jet-powered model aircraft (RC) is a turbine-powered airplane created by Niels Herbrich (Germany) which reached a speed of 706.97 km/h (439.29 mph) at the WLP Ballenstedt airfield in Saxony-Anhalt, Germany, on 14 September 2013.

When I first saw this video I immediately thought, “why isn’t there a camera on this thing?!” But I guess when you’re traveling at speeds of 440 MPH, I figure heat, speed, and aerodynamics play a big part – although, I’m sure Herbrich thought of that already.

Also, am I the only one who would lose this thing in the sky within the first 30 seconds of flying? Seriously, it must take TONS of hours of practicing with this thing in order get the same results as the video above. Either that or a fancy computer.

In the meantime, suck it birds!