Total War: Warhammer is definitely impressive for a casual like me, and I definitely plan to spend more time with this game. 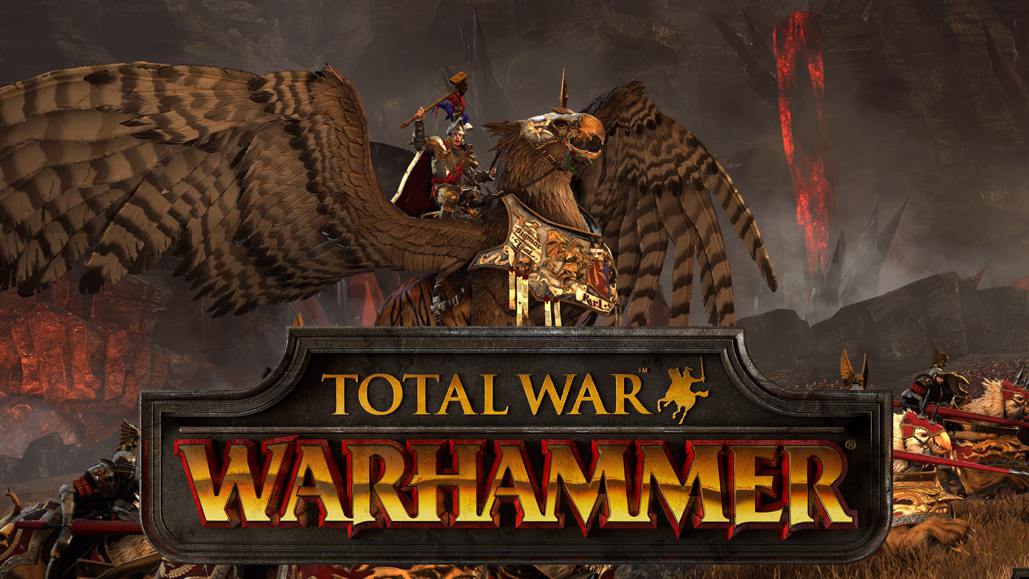 I’ll be the first person to admit that RTS and 4X strategy games aren’t typically games that I get involved in – mainly because they take so long to master and learn, something I just don’t have the patience of dealing with. However, when I saw Total War: Warhammer at PAX East 2016, I couldn’t help but be enthralled by it.

I’m slightly familiar with Warhammer because of time I spent with Warhammer Online and from trying out older games like Dawn of War. While I couldn’t tell you the difference between Warhammer itself and Warhammer 40K (one’s in space, right?), Total War: Warhammer is exactly what I would have expected a game of this variety to look like. It feels fantasy as hell, and I preferred the look as opposed to tired old historical figures that we’ve seen in all the other older Total War games.

I haven’t played Total War since the original one forever ago, so I can’t tell you what feels new or different, but what I can tell you is that I was drawn to Total War, the same way I found myself involved in a war based game of Civilization.

I spent a lot of time with the Vampire clan, and had a good time raising zombies with my necromancer heroes. Eventually I figured out that my heroes could perform solo tasks like attacking structures in enemy cities or assassinating prominent characters in enemy patrol groups. There’s not really much of a tutorial, but there’s a ton of help menus and an embedded online manual that will connect you to the Total War site to pull any info you might need. This is a cool idea, but if you’re offline this is pretty much worthless.

One of the coolest aspects of the Vampire Counts is their lack of ranged weapons, which means you’ll need to avoid archers or gunners at all costs or you’ll get ripped apart before your armies even breech their front lines. Fortunately the Vampires can counter this by raising fallen enemies with magic, but in the tides of war it becomes clunky trying to swap back to your Lord or heroes in order to cast spells. On top of that, units didn’t always go where I told them to, but I think that’s because the targets they were assigned to attack had died so they just stop dead in their tracks. It makes sense I guess, but I would have preferred that they continue to march on their assigned target and if they got there and found slain enemies, they’d at least be where I planned for them to go for quicker re-positioning.

Fortunately, you don’t have to manually fight every battle which was great for times where the status bar would show me that I would easily command defeat of an enemy troop or town. I’d set those battles to auto play and get right back to building up my town and trying to figure out how to make people happy.

I just build for the best income and strengthen my defenses while trying to take out weaker cities and Lords. Unfortunately, it takes like forever to get your army to a point where they don’t just feel like basic troops. I had advanced troops unlocked through research and buildings, but couldn’t deploy any of them due to lack of funds or some other prerequisite that I didn’t understand why I needed in order to advance which is again to blame because of the lack of a tutorial – but I think at this point those games have a core of people they cater to and when a casual like me wades into the pool it’s learn quick or drown. While I figured out what I was doing, it took a lot of looking at the online manual and there are still things I click and just hope for the best with.

Breaking a city’s defenses that are fortified is terrible and I hate every second of it. You basically have to sit your troops at a city then wait several turns in order to build siege equipment right there, which seems like it should be done in a major city and then you’d command that weapon to meet up with the army waiting to attack – but what would I know? I’m a noob at this genre.

Total War: Warhammer is definitely impressive for a casual like me, and I definitely plan to spend more time with this game during the summer lull so I can learn the other factions and the Chaos order, which thankfully I wound up getting free during launch week but it sucks that it costs people if they didn’t buy it early.