Most people have the same shocked reaction, as no one is really expecting “Insane Mode” to actually live up to its promise. 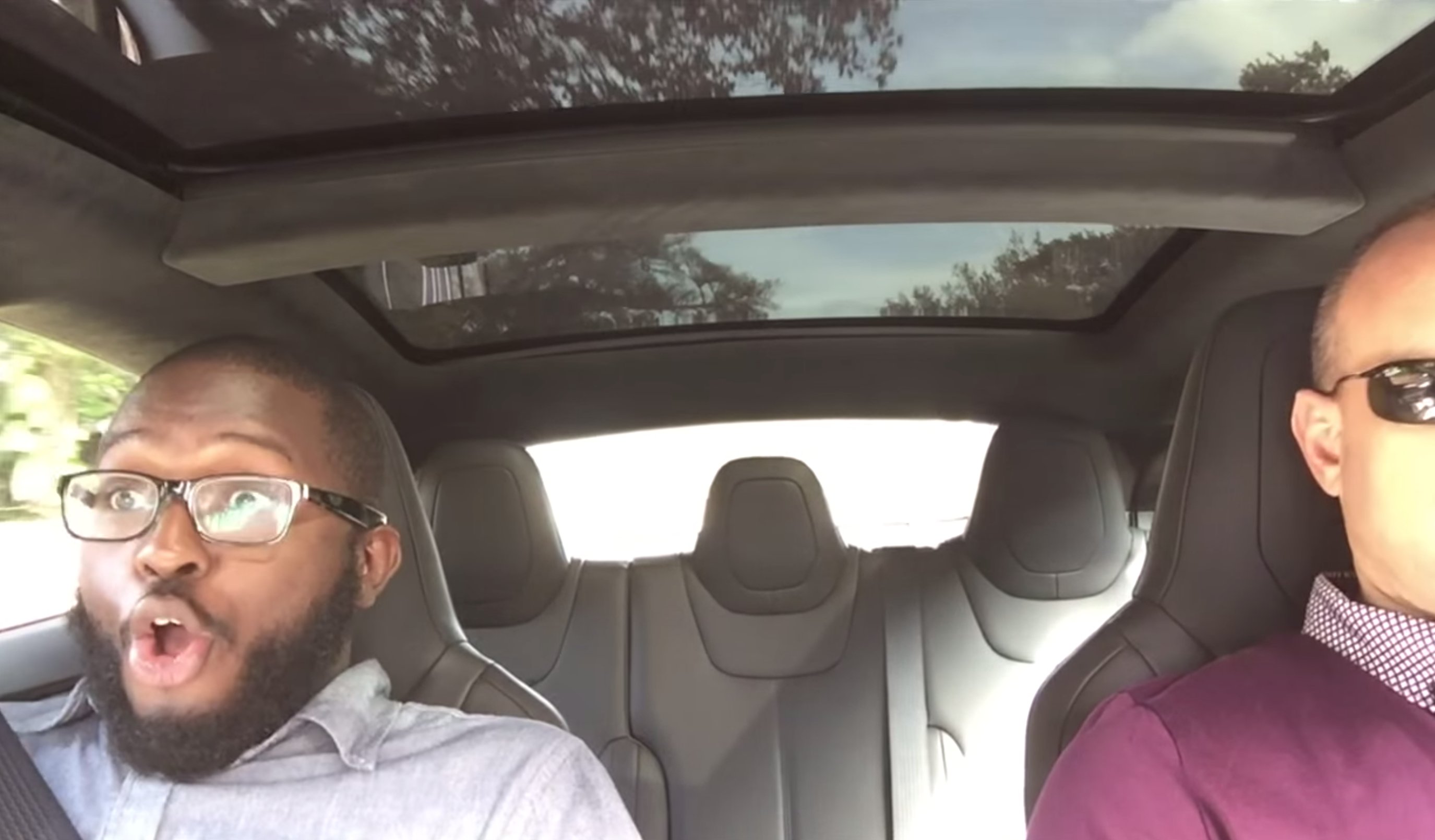 What’s the best way to scare the crap out of an unknowing car passenger? Strap them into a Tesla dual-motor Model S and hit the “Insane Mode” button.

Sometime late last year, Tesla introduced its dual-motor Model S, which is a new and improved version of its earlier predecessor. It boasts a blunder of new features, most notably, its unbelievably fast acceleration.

The original Tesla Model S can travel from 0 to 60 mph in a respectable 5.9 seconds, which is amazingly fast for a car that doesn’t rely on gas. But get this – the new dual-motor Model S can rocket you there in just 3.2 seconds. If you want to compare apples to apples, this is the same type of acceleration you could expect from a Lamborghini, Ferrari, or even a McLaren F1.

Just to show how fast this sucker cranks, YouTube channel DragTimes (a collection of videos which tests top speeds and acceleration of some of the quickest cars on the planet) made a compilation of people’s reactions to the experience they had when he initiates “Insane Mode,” an actual button on the the newly added digital console.

Entering “Insane Mode” is a breeze, too – just come to a complete stop and hit the button. From there, prepare to be launched to 60 to 70 mph in a few seconds.

Watching the video from end to finish will show you everyone’s similar reactions:

Honestly, I would probably have the same reaction. Watch the full video here.