Well, this is kinda creepy. 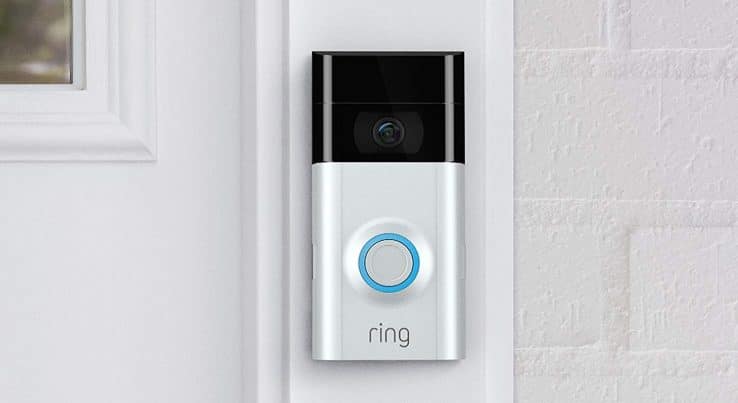 The veneer of privacy for your smart devices is starting to wear thin.

The Amazon Ring doorbell camera has declared “war on crime,” making it easier for law enforcement or worried neighbors to get their hands on the footage from your Ring doorbell. The misguided version of a 21st-century Neighborhood Watch, Ring’s Neighbor program feels like corporate-sponsored vigilantism to me.

Once a user signs the consent to join the program, Ring allows customers to share information about suspicious-looking people or alleged criminal acts with the rest of their block. Think of it as curtain-twitching for the digital age.

That alone raises multiple ethical questions. Who does footage get shared with? How is footage stored? Does someone reading one of the reports get enough information to decide its veracity? Does the system have any way of accounting for bias?

We’ve seen other recent community-sourced (re: vigilantism) services model the worst of society, like Nextdoor, which has people basically spying and complaining on neighbors, or Citizen which notifies people of nearby 911 calls, so they can report on it (a previous version of the app was called Vigilante, and encouraged a bit more participation than that).

How do we know Ring’s Neighbor system won’t devolve into the same trap of reinforced bias? Simple answer: we don’t.

Ring is already in hot water over how it handles customer video data, both internally with some executives having a ‘digital skeleton key’ that allowed them to watch any feeds they wanted, just needing an email address to gain access; and externally, with unredacted, unfiltered, access to the unencrypted video libraries stored on the S3 servers given to an Ukrainian firm that uses human operators to bolster Ring’s lackluster AI object identification routines.

Police are now partnering with Ring for its data

It gets worse for personal privacy, with police forces across the country jumping to partner with Ring for access to its data. The Amazon-owned smart device manufacturer seems to have gone out of its way to create a customized portal for law enforcement to gain access to the massive library of video footage.

The Ring Neighborhoods Portal provides police with “all the crime-related neighborhood alerts that are posted within their jurisdiction, in real time.” It also lets law enforcement see all the community-sourced “neighborhood alerts,” something that isn’t publicized and carries inherent bias.

[Edit] A spokesperson for Ring reached out to clarify that the portal for law enforcement has the same UI as the publicly accessible version of Neighbors, and only includes those bits of footage that users of the app have uploaded with consent. They also clarified that when law enforcement officers post or comment in the Neighbors app they are identified as law enforcement.

It also makes it easy for police to request any video they want. A map shows all the Ring doorbells in a neighborhood, letting police click on any they want to send a generic request to those users. While Ring says you’re free to deny any such requests, would you? With no real information given on the crime in question, would you think it could involve you? Are there issues of being an uncooperative witness if you deny?

With the anti-crime push seeming integral to Ring’s identity, these questions aren’t likely to go away anytime soon. With no constitutional safeguards as with traditional law enforcement, we have only Ring’s word that it won’t act against our interests.

That’s just not enough for me, for a company that can’t distinguish between a dog or a car for movement notifications I have no trust that it can distinguish good from bad.

What do you think? Are you ok with this program? Let us know down below in the comments or carry the discussion over to our Twitter or Facebook.