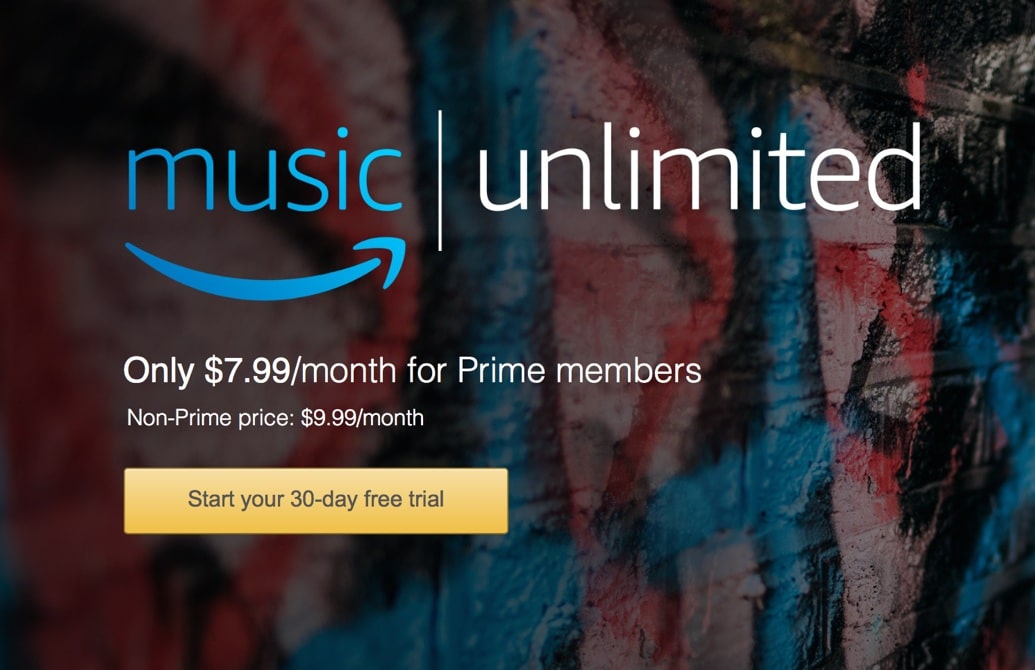 Amazon has finally launched its highly awaited streaming platform that will compete directly with Spotify and Apple Music and it’s called Amazon Music Unlimited. Essentially it will work like the many others out there, meaning access to tens of millions of songs and “thousands” of “hand curated playlists” and personalized stations.

So what sets Amazon Music Unlimited apart from the other exhausted music streaming services?  Well, for starters it’s cheaper and it comes in three different pricing tiers.

Right off the rip Amazon Music Unlimited will run you $9.99 a month –which is the going rate for streaming services – but Prime members get it for $7.99 a month or $79.99 if you go for the whole year. That breaks down to about $6.58 if you do the yearly option. There’s even a $3.99 option, but that means you can only listen to Amazon Music Unlimited via an Amazon Echo device.

Sure, price is for Amazon Music Unlimited is attractive, but the real winner here is its integration with Amazon Echo. Here’s a brief example of some of the things you can say to it:

Sure, you can use Amazon Echo with the other streaming music giants, but you’ll get the most control with Amazon Music.

OK, what Amazon is doing here isn’t anything revolutionary. Spotify and Apple Music own this market. But if there was one company out there that was capable of dethroning them, it would surely be Amazon. Let’s see how this plays out.