Best of E3: Dragon Ball FighterZ is the fighting game worth being hyped for

It wasn’t hard to determine that Dragon Ball FighterZ was the most mechanically sound fighter at E3.

I’ve been on that day one is H stuff with Dragon Ball back when the original series was getting runs on UPN before Sailor Moon back in the mid 90’s. I kind of grew up with the series, with my buddies and I rushing home to catch the Cell Saga on Toonami during my senior year of high school. On the other side of things, Arc System Works fighting games have been one of my truest of loves since a friend and I picked up Guilty Gear at WalMart for like $29.99 in 1998. I wrote an email to Dreamcast Magazine when I was younger that got printed in the magazine. I actually don’t know what this has to really do with the topic, but yeah, I love Arc.

When I found out that there was going to be a Dragon Ball Z fighting game by Arc System Works, I was very excited. When I saw the trailer for it at the Xbox Media Showcase, I was 16 again, watching a Japanese dubbed bootleg in my game room again. At that moment, I didn’t think I could be any higher on the hype wagon. That is until I realized that my first appointment at E3 was going to be Bandai Namco and Dragon Ball FighterZ was going to be on the list of games to check out. 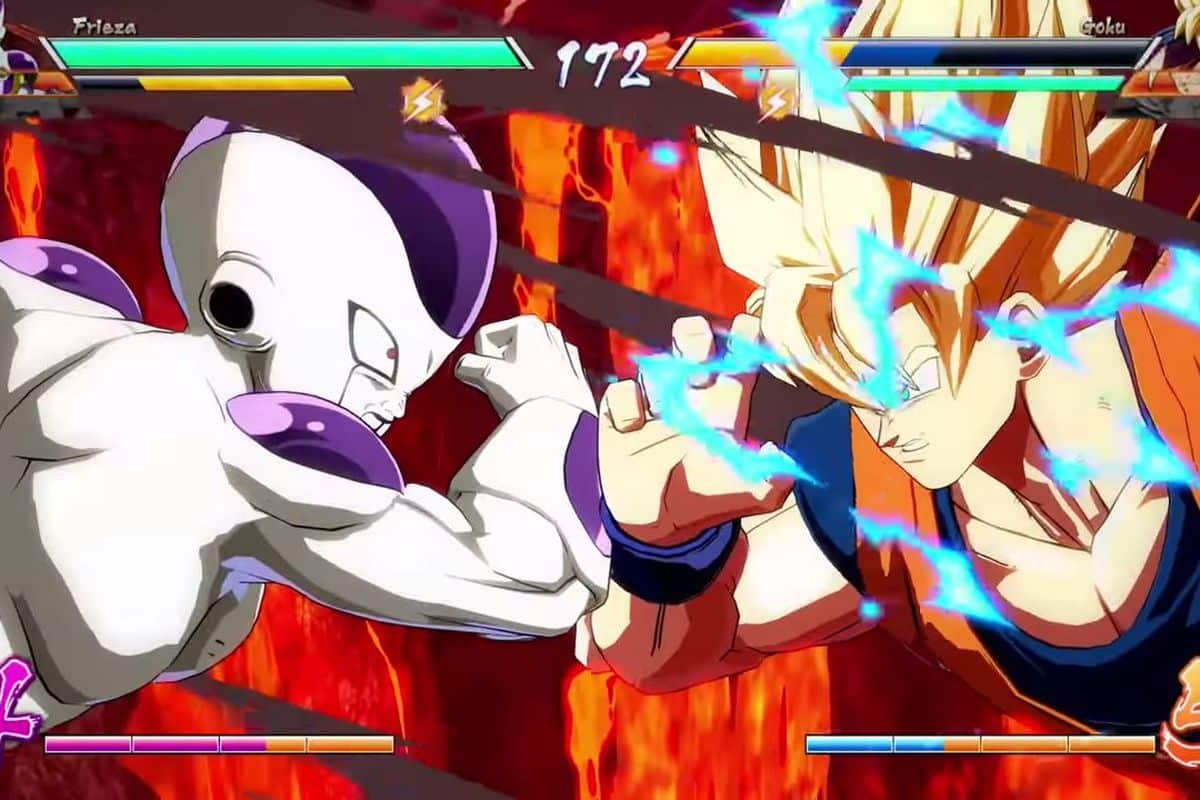 I huddled into a room on the first day of E3 with our own Jonathan White and a collection of other media to see Bandai Namco’s upcoming games. Long story short, Drive Club 2 has laser weather mapping and Ni No Kuni 2 is gonna be pretty cool, but the real gem of the presentation was Dragon Ball FighterZ. Arc System Works’ goal was to create an authentic Dragon Ball experience while not cheapening the fighting mechanics that they’ve become known for. What made things a little different this time around was that this game was going to be a 3v3 tag fighter, which isn’t something that Arc System Works is known for.

“It wasn’t hard to determine that Dragon Ball FighterZ was the most mechanically sound fighter at the show.”

During the presentation, we saw some of the mechanics that were already in the super early build of the game. Launchers, which were in both Guilty Gear and BlazBlue were also in Dragon Ball FighterZ but would be accompanied by a quick “take off” animation when you pursued the launchee. Super moves could be used in conjunction with tag-ins to create devastating combos and you could bring the hurt to any assists that your opponent call into a match. They showed off that battles would affect the terrain around the battle too, which was cool to see the ground get torn up as characters went at it. It looked incredibly fluid but the real test would be when we went hands on.

Fortunately for J and I, we got our shot almost immediately after the meeting. I watched J get his butt handed to him while he fumbled with getting the hang of his fighters, I noticed a few staples of Arc fighting games almost immediately. His opponent was spamming buttons pretty hard and seemed to roman cancel out of a few moves. 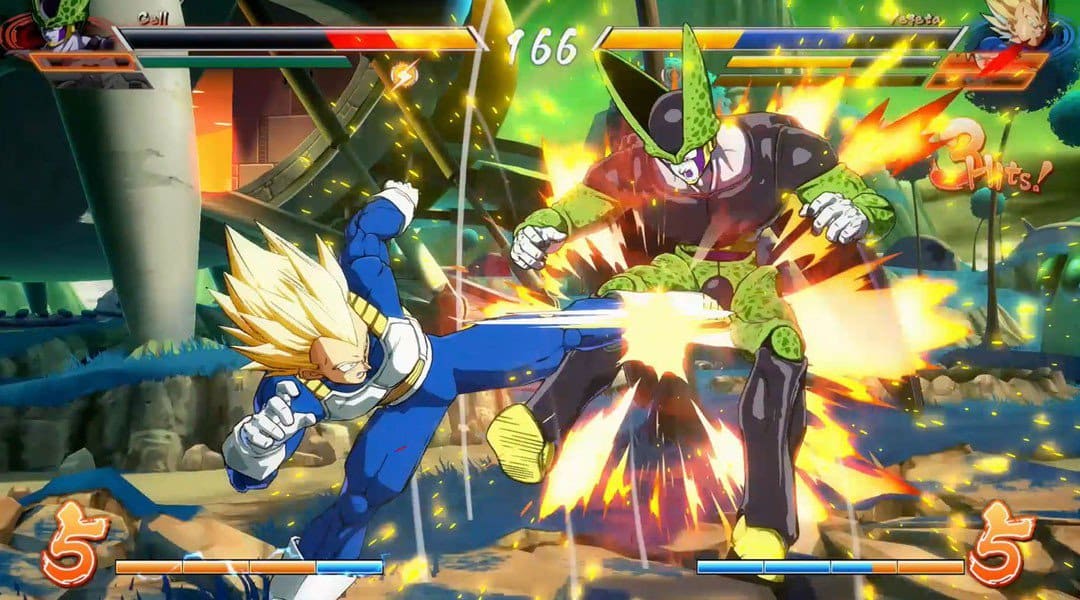 A roman cancel is an action that immediately stops your characters action and allows another input immediately after. Also, while J was trying to beat his opponent, I definitely saw him get caught with a command throw, which is a fancy way of saying that characters had throw moves you couldn’t block. These things, plus a few others are staples of the professional fighting game community and it was nice to see them flawlessly included in Dragon Ball FighterZ without any hiccups.

I got my chance to finally play the game and took Goku, Vegeta and Teen Gohan against my opponent’s Vegeta, Teen Gohan and Buu. Our match started with us trying to get the hang of our fighters. It was interesting to see how each played differently. Goku had a good mix of ranged and close attacks and seemed to benefit from heavy supers and great maneuverability. Vegeta excelled at doing damage from afar and had combos that made full use of keeping your opponent away.

“Yeah, Dragon Ball FighterZ is definitely going to have some competitive success in the fighting game scene.”

The gem of my team was Teen Gohan, who seemed to be an effective rush-down fighter, he had to get in close but would make you pay in spades if we could build a combo off of you. In fact, Gohan had some supers that created some nasty combos on his own. While learning this, my opponent took match one. 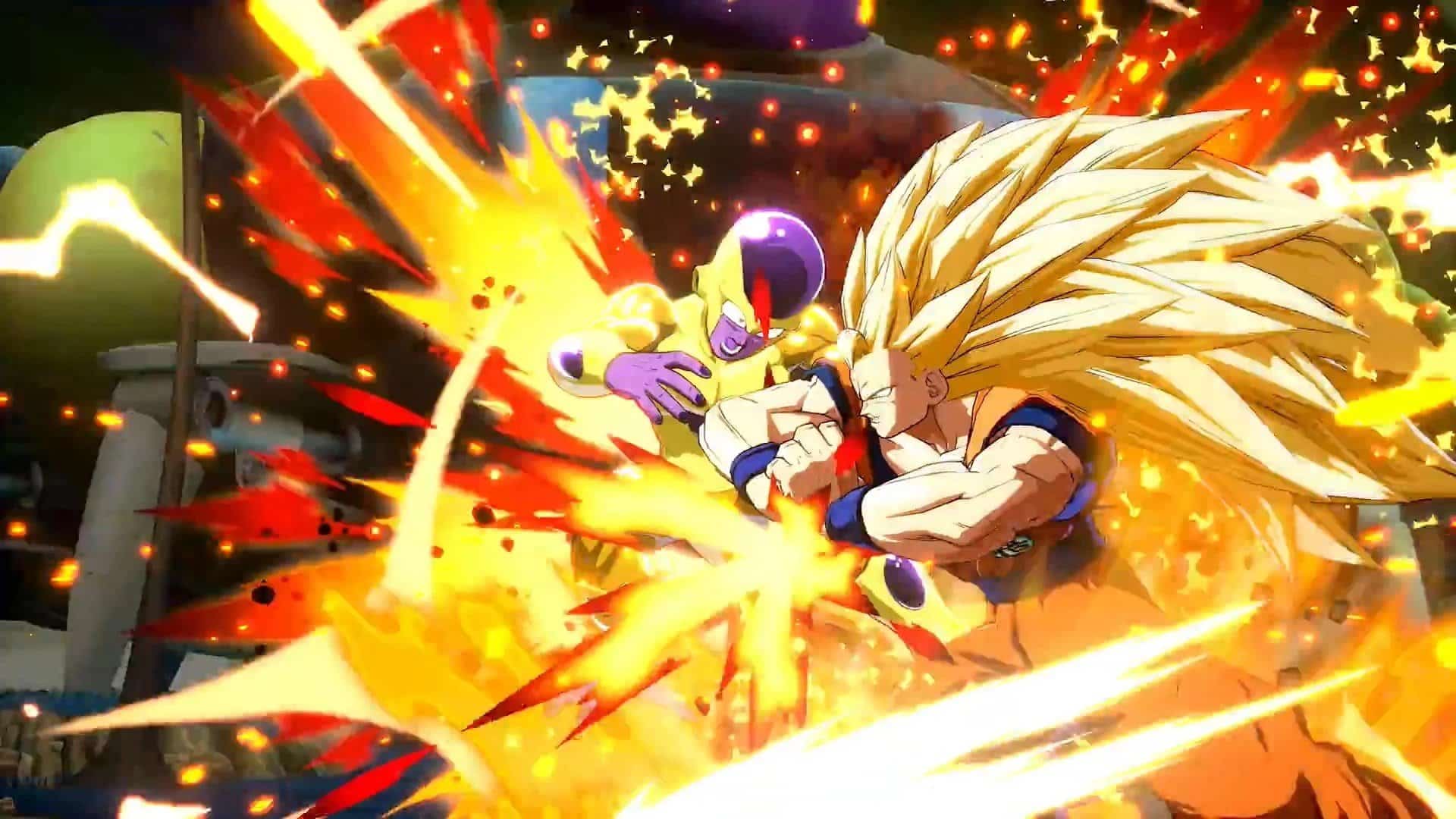 Match two went a little differently, I used Vegeta’s anti-air and ranged attacks to keep Buu at a distance and tried to beat Gohan and Vegeta by exploiting their weaknesses. The last match came down to my Gohan and my opponent’s Buu. I decided to take the opportunity to try to use some old Guilty Gear Chipp tricks and decided to see if I could roman cancel out of Gohan’s super. Not only was I able to do it, but I was able to link an air combo into three supers, leading to a 72 hit combo that had my opponent putting down his controller halfway through and thanking me for the fight and walking away.

Yeah, Dragon Ball FighterZ is definitely going to have some competitive success in the fighting game scene.

I played a few other fighting games at E3 this year, including Marvel vs Capcom Infinity. It wasn’t hard to determine that Dragon Ball FighterZ was the most mechanically sound fighter at the show. It was also the prettiest too. Smoothest as well. Hell, it was easily one of the two best fighting games at E3 overall. I wonder which one was the other…