How close are we to a real Iron Man suit?

The technology in Iron Man’s suit may be closer than we think. 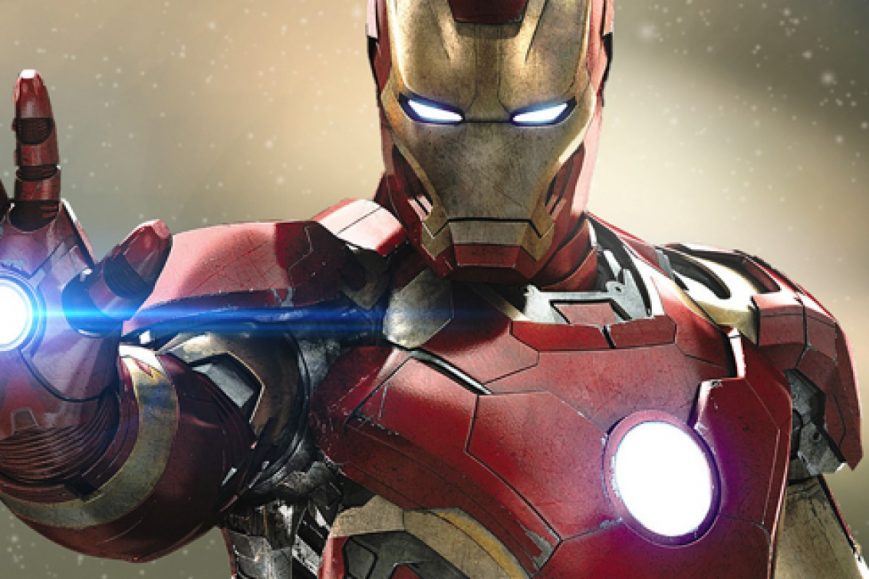 The technology in Iron Man’s suit may be closer than we think.

If you ever wondered how close we are to a real-deal Iron Man suit, the answer may actually surprise you. According to writer and artist Ariel Williams, we’re not too far off. Here’s his in-depth answer to the question via Quora.

Okay. If we are just speaking of an armored suit that augments the strength and weaponry of a person then we are extremely close. If we are speaking of something with all of the primary abilities of the Iron Man character such as flight, clean infinite power and his repulsor beams, that may never become a reality. The current version in the comic books is even more crazy than the movies, with a suit made entirely of nanites that can repair or replicate itself and any weaponry on the fly..

We just cannot have a flying suit like Iron Man’s. Not exactly anyhow. The main reason for this is the tiny rocket engines and the repulsor beams. I go into quite a bit of detail about the flight systems of the suit as they are described in the comics and a bit about the technology as it was laid out generation by generation from Iron Man Mark I to VIII+ here… Ariel Williams’ answer to How do Tony Stark’s Iron Man suits generate lift for horizontal flight?

One of the key components of the Iron Man suit is it’s repulsor beams and that is a kind of technology we may not have anything like for a very long time. The only logical explanation is they are some kind of graviton manipulation. This is so far out of our current technology that we cannot even begin to guess how it would be done if at all.

It is not entirely clear how the suit’s reactor works. It is smaller than a soda can but can produce more power than the miniature nuclear reactor on a Virginia class nuclear submarine. It has something to do with zero point energy and a continuous self sustaining reaction that would appear to break most rules of thermodynamics that we know of. It could possibly be some type of cold fusion reaction but again we have no clue how to even begin doing this in such a small size. No reaction is 100% efficient so the waste heat alone from such a reactor would be enough to cook the person inside the suit.
_____________________________________________________

Okay so that was a letdown, what could we do? The answer is a lot, actually!

We could almost exactly copy the original Mark 1 prototype armor from the comics right now today or in the next few years.

The Mark 1 above is not very different from Raytheons XOS 2 powered armor suit below. Stronger than a human and it has heavier armor than a person could normally carry.

The video below shows how the enhanced strength from the exoskeleton allows a soldier to lift 200 pounds without any effort at all. A soldier can also carry a much heavier pack and armor. Lastly the suit reduces fatigue even for physical activities like pushups. The suit does all the work for him.

A prototype design concept for the future development, that can also be seen in the background of the video above.

Not to be outdone Lockheed Martin has their own powered suit called HULC.

It has less overall strength but still reportedly allows a soldier to carry a 200 lb load and it seems they have working units that are unteathered. No word on how much of that 200lb load is currently being devoted to batteries though.

While nothing like an Arc Reactor, they expect a tethered version that would walk alongside a vehicle that carries a generator for the suit in 3 to 5 years. This would mostly be used to lift heavy materials in and out of vehicles for deployed soldiers. This could be very useful in allowing a very small team to rearm a vehicle or chopper in the field and to allow a small team to quickly unload bulk supplies and move on out of harms way. In 6 to 10 years they expect to be able to power the suit with its own internal power supply. The most limiting factor is battery technology but it is getting better.

We would have trouble with finding a power source and would need to recharge frequently. This is actually okay because the Mark 1 had the exact same issue! The Mark one used “transistors” (capacitors they meant possibly?) to power the suit and allow it to be charged rapidly from any wall outlet. Unfortunately it ran out of juice very often. Still so far so good. You didn’t expect us to start out with a Mark VIII dynamic nanite colony suit did you?

As I stated before we can’t have flight like the Iron Man from the movies but the Mark 1 did not have that either. Supposedly it was able to make short jumps or bursts of flight using “compressed air”. We have actually had designs similar to this for decades. The military designed a series of “jump jets” or “rocket belts” that used a highly concentrated mix of hydrogen peroxide and a catalyzing agent to create jets of high intensity steam that can allow a person to fly mostly vertically, which is just what the Mark 1 did! Some other models used liquid nitrogen instead. Either one can be deadly if the fuel tank ruptures. Dissolved by 90% pure hydrogen peroxide or frozen by liquid nitrogen is no way to go.

Okay, so that is obviously very cool but with a flight time measured in seconds and a world record of only 150 ft this will not do for a superhero or a soldier.

In this video we see the device climb to 5000 feet and deploy an emergency parachute at 3000 ft. This was actually flown by remote control in a chaser helicopter with a dummy but that also shows how a navigation computer or assistant could help with flight in an emergency. The flight system is bulky but it could be attached to the XOS and then used to enter hostile territory. After you arrive you park it somewhere inconspicuous and then move in to deal out some Iron Man justice. Just don’t forget where you parked it.

Lastly if that was not enough for you flight enthusiasts whom want to truly soar like a superhero or jet as opposed to a tiny helicopter, there is a last option.

Yves “Jetman” Rossy has pioneered a wearable jet flight pack. It has the drawback that it is not powerful enough to reach flight altitude on its own but once in the air it can perform an impressive flight.

As daring innovators like these continue to create amazing devices it is only a matter of time before some type of human scale personal flight system is possible.

Now for the Navy we could go a different route for an Iron Man suit’s propulsion.

Yes it does have a small 10 ft long chaser boat and does not fly very high but it could allow for some useful tactical advantages. This thing even runs on normal fuel. It could propel a Navy Iron Man underwater quietly and then allow him to burst up from the water’s surface and dispense justice on some modern pirates.

Yes, we could expect something very similar to Iron Man in the next 3-15 years if we are willing to settle for the Iron Man Mark I suit.

The number of ways in which such a device could change the battlefield or dangerous police and emergency rescue operations is almost too many to list. We could also have versions of these suits in use at factories and manufacturing plants around the world. We would no longer need a forklift or dolly for simple yet heavy or tiring jobs, we would become the forklift. The benefits to workers on assembly lines would also be enormous as workers would get fatigued much less often and injuries from strains would be very uncommon.

Eventually technology will allow these suits to work without the human at all but that is still a long ways off….