A look at what Gigabyte is showing at Computex 2018

Gigabyte has taken over the entire 36th floor of the Taipei 101 tower with new motherboards, laptops, custom PCs, and peripherals.

At Computex 2018, Gigabyte has taken over the entire 36th floor of the Taipei 101 tower. This is just a selection of what’s on display, amongst all the new motherboards, laptops, custom PCs and peripherals, and we’ll keep bringing you more information as we get it.

Gigabyte’s new X399 Aorus Xtreme is an E-ATX form factor motherboard with 10+3 VRM power phases and more features than you can shake a DIMM at. Presented at Computex 2018, the backside of the board has a backplate to strengthen and protect the board, and the VRMs are cooled by all-copper heatsinks.

There are three Ethernet ports, two Intel Gigabit NICs and a 10GbE Aquantia LAN port. You can put 3 m.2 drives on it and it has space for six SATA drives. 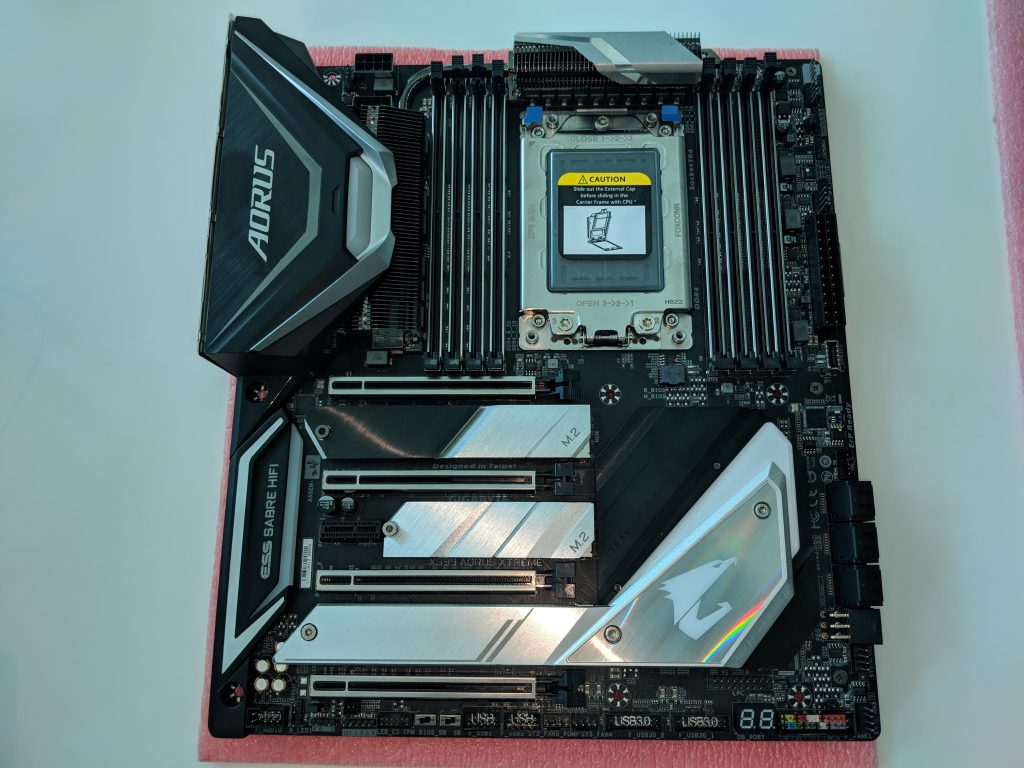 The amount of RGB has been significantly reduced from Gigabytes earlier X399 boards, gone are the memory DIMM lights and 3d-printed light rods. There’s also a removable BIOS chip just in case of bricks, or if you need to upgrade the CPU but don’t have a prior-gen chip to flash the BIOS with. 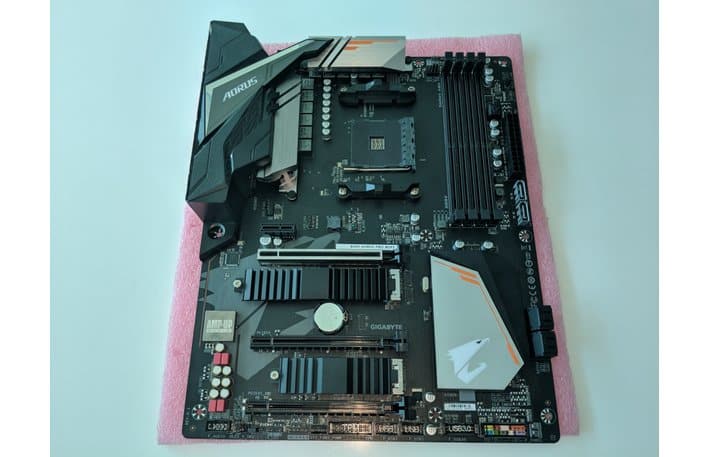 There’s also a lower-spec B450 Aorus Pro WiFi motherboard on show. This is the midrange chipset from the new batch of AMD Ryzen boards, so expect it to be competitively priced when available. 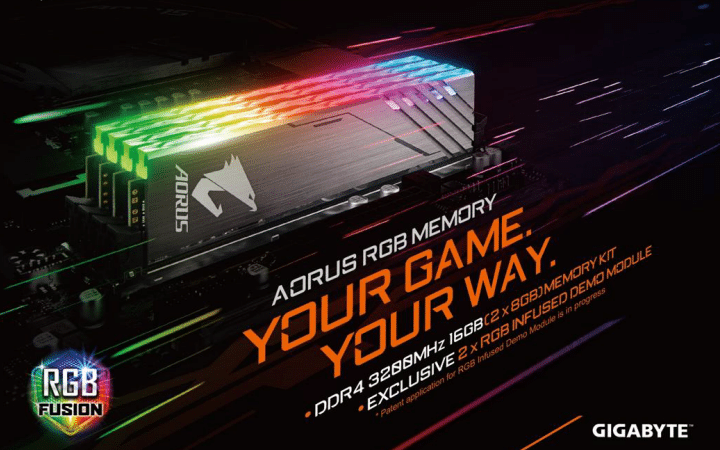 This is an interesting product, Gigabyte is entering the desktop memory market with Aorus-branded RGB LED RAM. Coming at a time when supplies for the IC that makes DRAM seem to be waning, we wonder where Gigabyte managed to find a supply.

All the RGB is run by Gigabyte’s Fusion software, and we don’t know if it will be compatible with other manufacturers systems as yet. The kit will be $229 MSRP and will be available at the end of June.

Gigabyte showed off a couple of budget-friendly laptops in 15 and 17-inch form factors – the Sabre 15 and Saber 17. Starting at $1299, these notebooks will be launching around the beginning of September. 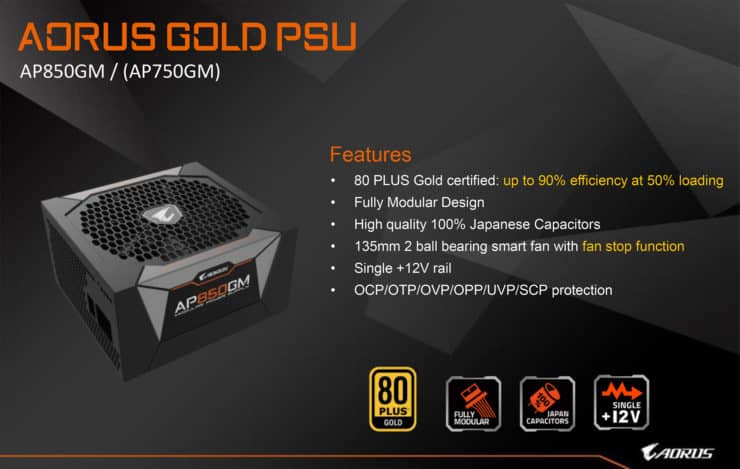 Gigabyte is also entering the PSU market, releasing both an 850 watt and 750 watt Gold-rated fully modular power supply under their Aorus gaming brand. All of the capacitors uses are 100% Japanese, which are known for their longevity.

The Aorus branding also now extends to peripherals, with both mice and mouse pads. The M5 and M3 mice both feature Omron switches and use the latest Pixart sensors. The M5 also has adjustable weights to configure it to your liking.

The gaming pad lineup includes the AMP 900, which is an extended fabric desk-sized pad, the P7 which has RGB and smaller versions of the AMP 900, the AMP 500 and 300.

So long and thanks for all the fish 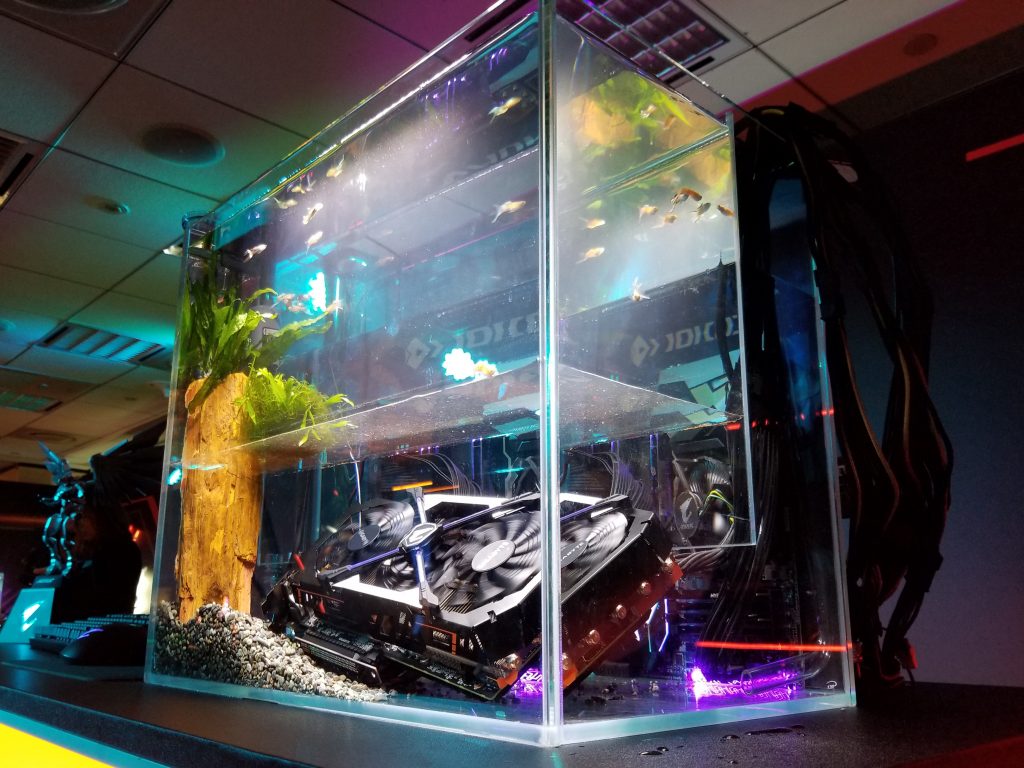 It wouldn’t be Computex without crazy PC mods, and this one from Gigabyte is crazy for sure. With live fish swimming in a water layer over a fully-submersed PC in a Novec-like cooling liquid, this is one of the coolest builds I’ve seen in a while. Withana Aorus GeForce GTX 1080 and matching motherboard, it really underscores the sink-or-swim nature of the PC hardware market.

Have you been keeping up with Computex 2018? Anything from Gigabyte especially exciting to you? Let us know in the comments.