It’s another day which means more news and stories! Check out all the latest in today’s Daily Read. 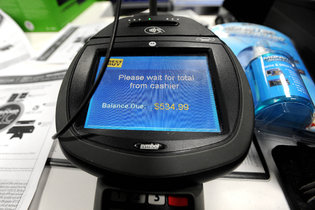 It’s another day which means more news and stories! Check out all the latest in today’s Daily Read.

Maker of Retailer Apple Pay Competitor Has Already Been Hacked

“You can’t make this stuff up. MCX, the retailer consortium behind Apple Pay competitor CurrentC, has already been hacked, according to an email sent out to those people who have downloaded the CurrentC app. “Within the last 36 hours, we learned that unauthorized third parties obtained the e-mail addresses of some of you,” the email reads.”

“As I sat in the lobby of a drab office building here, waiting to be led up to the penthouse loft of Tinder, the fast-growing dating app, I noticed that every few minutes young women would walk into the foyer, dressed in flip-flops, T-shirts and tattered jean shorts, and then go through a radical transformation.”

“In 2012, two massive storms pounded the United States, leaving hundreds of thousands of people homeless, hungry or without power for days and weeks. Americans did what they so often do after disasters. They sent hundreds of millions of dollars to the Red Cross, confident their money would ease the suffering left behind by Superstorm Sandy and Hurricane Isaac.”

“Earlier this week, we walked you through the stridently awful Apple Pay alternative being cooked up by Walmart, CVS, Best Buy, and more. It is dumb and bad, but as a recent New York Times report indicates, it’s also not going anywhere any time soon. But not because anyone actually wants it.”

“A New York actress who volunteered to appear in a public service announcement depicting street harassment was threatened online soon after the clip debuted Tuesday, according to Hollaback, the organization which commissioned the troubling film clip. “The subject of our PSA is starting to get rape threats on the comments.”