It’s a great balance of power and portability while offering a lot of new, exciting features. 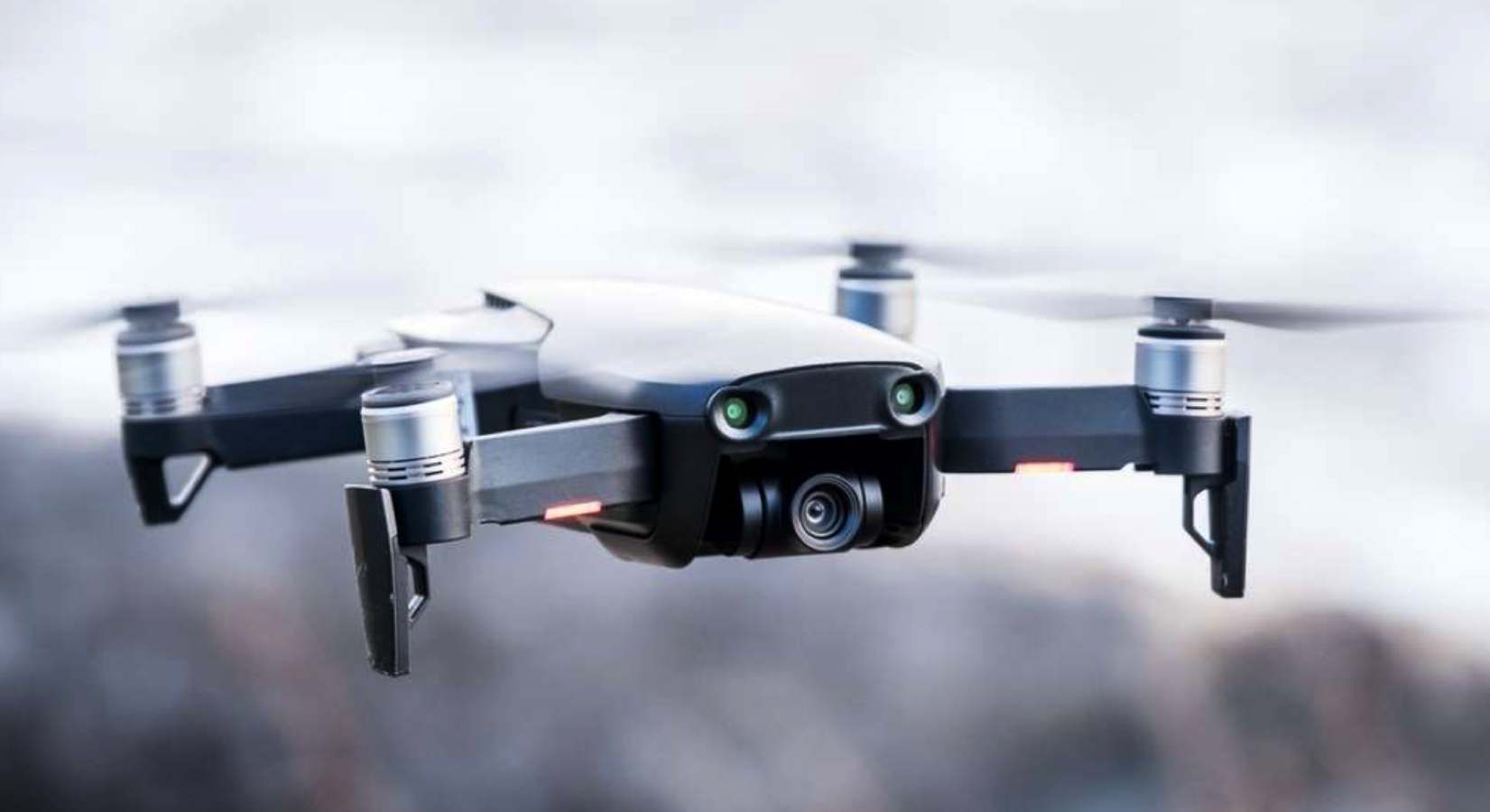 The latest offering from drone maker DJI, the DJI Mavic Air, hit stores on January 28. More powerful than DJI’s Spark but less expensive than the Mavic Pro, this flying machine packs plenty of impressive features into a small package.

Like the Pro, the Air folds up nicely for easy transportation. When folded, it compacts to a size of 168×83×49 millimeters. When unfolded, it’s larger than the Spark but smaller than the Pro at 168×184×64 mm.

DJI’s latest boasts a sleek, stylish design while still looking like a sturdy piece of machinery. It has folding feet to help with takeoffs and landings and comes in Arctic White, Onyx Black, and Flame Red.

You have several options for how to operate your Mavic Air. You can use the remote controller for optimal range or use your smartphone. You can also control it purely with hand gestures if you just want to send it up on a short flight.

The Air has a maximum flight time of 21 minutes and can travel 2.4 miles from the remote controller. A new omnidirectional antenna helps to improve its signal coverage. It can reach heights of 16,000 feet above sea level and speeds of 42.5 miles per hour.

It also has a new ventilation system to prevent overheating. It can sense obstacles in front, behind and below and fly itself around them.

The camera is another big draw of the DJI Mavic Air and includes some improvements over the company’s earlier models including the more expensive Pro.

It features a 24mm F2.8 lens and a 1/2.3-inch image sensor that can shoot pictures with a resolution of 12 megapixels. It also offers 4K-resolution video capture at 30 frames per second and 100 megabits per second. DJI uses a three-axis motorized gimbal to stabilize the camera.

The Air features eight gigabytes of internal storage with microSD expansion capabilities. You can access the JPEG and DNG photos and MP4 and MOV-format videos you take with the drone’s USB-C port.

The Mavic Air also has some useful photo modes, which the Pro also has, including high dynamic range (HDR) and 360 degrees panoramic functions.

So, how does the DJI Mavic Air compare with the other models DJI offers? While the Air is often described as an option that’s in between the Spark and Pro, if you look closer, you’ll see there are some new features that set this new model apart from the others.

The Air is in between the Spark and the Pro in terms of size when unfolded. When folded up, it’s about the same size as the Spark, which doesn’t fold up. It might be a bit easier to transport than the Spark, though, because it becomes so compact.

It’s in-between on flight time and range, too. When it comes to speed, the Air and the Pro are pretty close in most modes while surpassing the Spark. If using your smartphone as a controller, however, the Air can travel 20 mph compared to the Pro’s seven. The Air will also start to tile the camera down above 20 mph, while you can get up to 30 mph going forward with the Pro.

The Air’s video resolution falls in between the Pro and the Spark but isn’t too far behind the Pro. It has a higher bit rate than the other models. It also beats out both the other options in terms of photo resolution. While the Pro performs better in low light, the Air typically has a color that’s truer to reality.

The Air’s panorama mode also has several advantages over that of the Pro. The Air processes the photos on the drone’s processor, while the Pro does it on your smartphone. This means the Air can produce higher-resolution panoramas more quickly. When zooming in on a panorama from the Air, you’ll still get a good resolution while a Pro panorama will blur.

The Air also has backward facing cameras that will help with obstacle avoidance while the Pro only has front-facing ones, bringing the total number of cameras on the Air Mavic to seven, which is impressive given the drone’s size. The ability to automatically fly around obstacles and the ventilation system are new features, which also make the Air more appealing.

Which Drone Is Right for Me?

At $399, the Spark is your best bet if you just want a starter drone that’s still of a high quality. If you want a workhorse that can stay in the air longer, choose the powerful Pro for $999. If you don’t mind missing out on some power but want all the latest features and high camera quality, choose the $799 Air. It’s a great balance of power and portability while offering a lot of new, exciting features.