Edward Snowden explain how the government can get your “dick picks” in an interview with John Oliver. 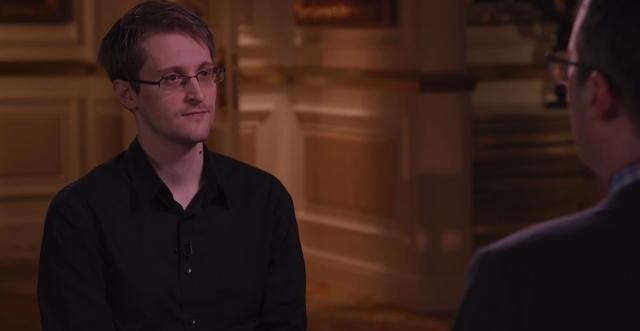 If you didn’t have a reason to worry about those intimate home videos you have stored on the cloud, this interview with Edward Snowden and John Oliver may have you scrambling to press delete faster than you can blink.

Edward Snowden, the former NSA contractor who leaked classified documents about shady US government surveillance programs, sat down with comedian and host of HBO’s “Last Week Tonight”, John Oliver for an interview.

In true Oliver fashion, Snowden was persuaded to explain bulk surveillance in terms the average American could understand. One of the best examples Oliver presented to Snowden was “dick picks.” Oliver offers a video of Americans in Time Square explaining their concern of the government being able to intercept nude photos, or “dick picks,” as some would call it.

“The good news is that there’s no program named the ‘dick pic’ program. The bad news… they are still collecting everybody’s information, including your dick pics,” Snowden embarrassingly replies.

“If you have your email somewhere like Gmail hosted on a server overseas or transferred overseas or anytime it crosses outside the borders of the United States, your junk ends up in the database,” explains Snowden.

Should this stop you from taking “dick pics” or nude photos? It shouldn’t. “You shouldn’t change your behavior because of a government agency somewhere that’s doing the wrong thing,” Snowden concludes. “If you sacrifice your values because you’re afraid, you don’t care about those values very much.”